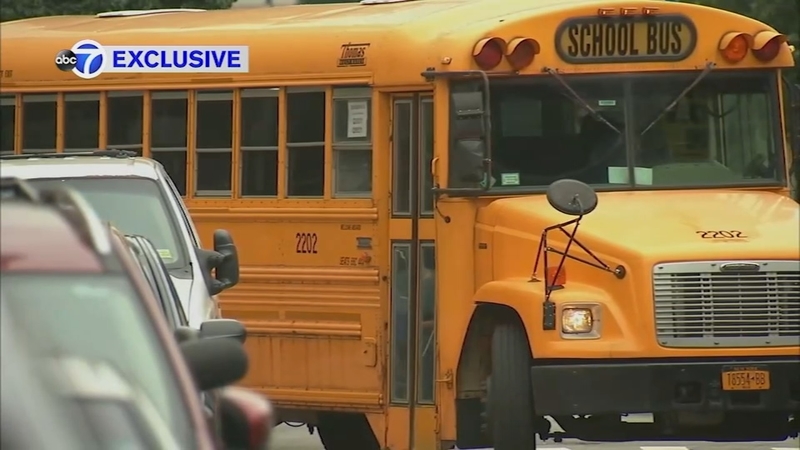 LONG ISLAND CITY, Queens (WABC) -- It has happened before - a school bus company in Queens dropping kids off at the wrong place.

Now, it has happened again, and parents are outraged.

When you ask second-grader Emma Chiu how she got home from school last Friday, she answers like any 7-year-old would.

"What happened was um...I was so confused," she said.

Chiu's mom, Linda Nguyen, was waiting for her to get off the bus - and her daughter wasn't there.

"I climbed into the bus to look, and there was no Emma - and I was like, 'my daughter was supposed to get off at my stop, where is my daughter?' he said, 'I don't know," Nguyen said.

Chiu was dropped off at the wrong stop. Luckily, her friend's nanny was there and eventually got her back to her mom.

Back in 2018, the company removed drivers from routes after a series of exclusive Eyewitness News reports found them going the wrong way down one-way streets, dropping off kids at the wrong stops, or not showing up at all,

In part, due to Eyewitness News reports, legislation was passed to install GPS systems on school buses that allow parents to use an app for tracking their kids.

However, parents say it hasn't gotten any better.

"Again, the buses are not showing up for the children at their bus stops, the bus went to our old location to pick up students," says parent and PTA president Danielle Lopresti Lee.

A bus company spokesperson says the driver should not have dropped the child off at the wrong stop, adding that they were unaware of these complaints, and will now be addressed immediately.

"My mom got so worried that she called the school," added Chiu.

There is a consumer warning about a bank scheme that's fooling customers, costing them thousands of dollars in just seconds.

There is a consumer warning about a bank scheme that's fooling customers, costing them thousands of dollars in just seconds.