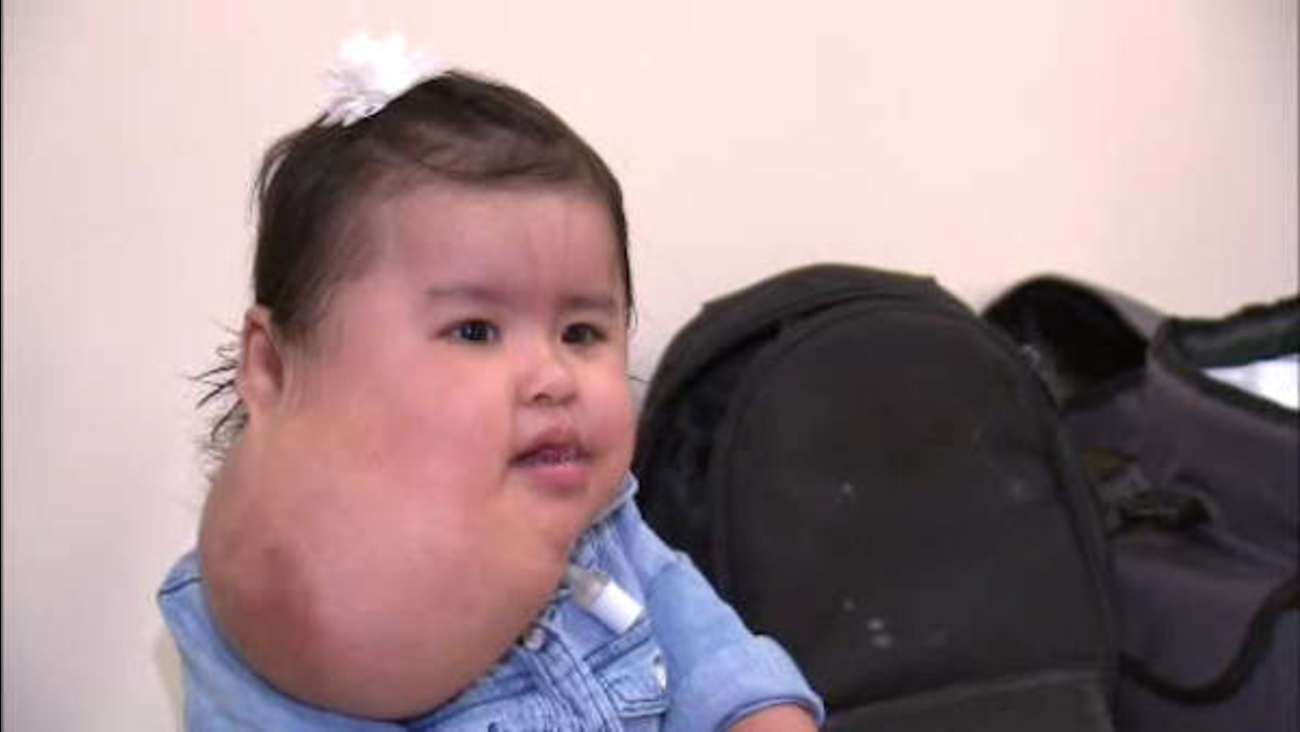 NEW YORK (WABC) -- A 1-year-old New York City girl with a large, rare growth on her neck is recovering after a successful surgery that her family hopes will change her future.