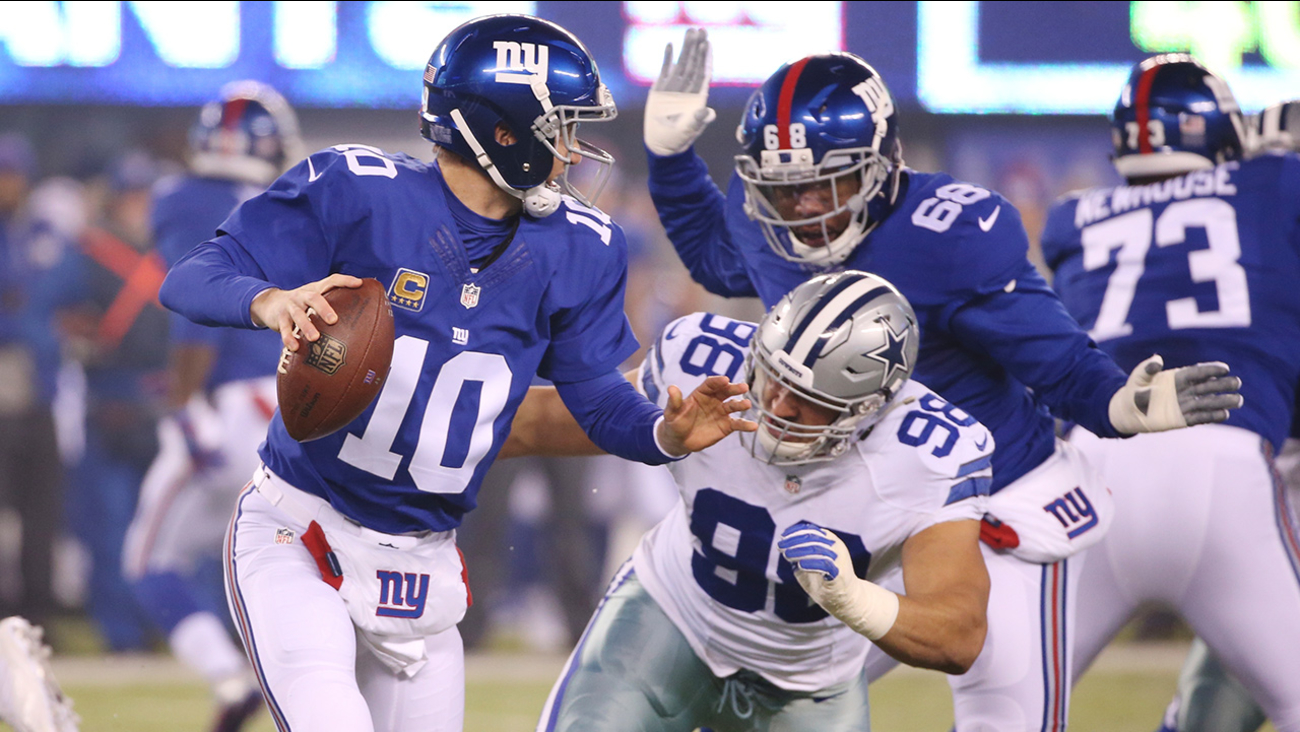 Expect the Giants to have their share of ups and downs this season. But also look for this Giants team to get stronger every week as their opponent draws near. The expectations of this years team are very high, and they should be in the conversation for Super Bowl contenders.
Report a correction or typo
Related topics:
sportsnew york citynflfootballdallas cowboysnew york giantseli manning
Copyright © 2022 WABC-TV. All Rights Reserved.
TOP STORIES
Rallies held in NYC after Supreme Court overturns Roe v Wade
Deadly mass shooting outside Norway gay bar investigated as terrorism
Supreme Court overturns Roe in landmark case on abortion rights
Brian Laundrie's notebook revealed: 'I ended her life'
3 people found dead inside Queens home
Companies willing to cover travel costs for those getting an abortion
NYC Pride weekend celebration turns into rally cry
Show More
Tri-State reacts to Supreme Court overturning Roe v. Wade
What does Supreme Court abortion ruling mean for NY, NJ, and CT
Police find suspicious device with chemicals, BB pellets at LI school
Congress sends landmark gun violence compromise to Biden
Biden vows to 'do all in my power' to protect abortion access
More TOP STORIES News