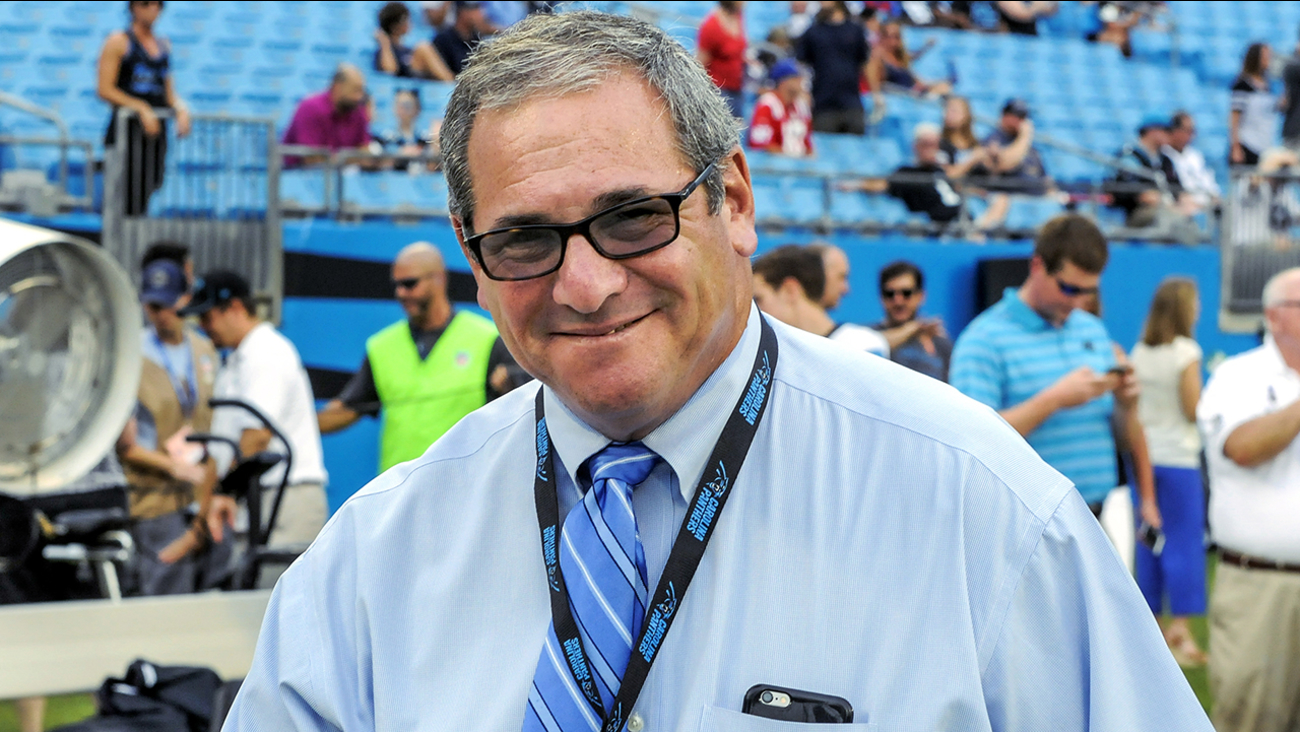 EAST RUTHERFORD, New Jersey -- The New York Giants are turning their rebuilding process over to an old hand who believes in old-time football.

Gettleman has been a part of seven Super Bowl teams, including three winners. He was with Buffalo in 1990 and 1991; Denver in 1997; the Giants in 2000, 2007 and 2011; and the Panthers in 2015. The Broncos and the 2007 and 2011 Giants won the championship. Gettleman has been associated with 16 playoff teams in his 30-year NFL career.
Report a correction or typo
Related topics:
sportseast rutherfordnew york citynew york giants
Copyright © 2022 by The Associated Press. All Rights Reserved.
TOP STORIES
Man dies after collapsing at finish line of Brooklyn Half Marathon
Heat Advisory issued ahead of possible record-breaking temperatures
AccuWeather: Record high temperatures possible
Select Jif products recalled for potential salmonella
Why a NJ teacher keeps an empty chair in his classroom
NYC to mark Biggie Smalls 50th birthday, MTA unveils special MetroCard
First formula flights from Europe to arrive this weekend
Show More
College students invent edible tape to keep burritos, wraps together
Dog battles mountain lion to save owner's life
Crowded field for 10th district as judge approves congressional maps
Video shows man attacking food vendor in Times Square
At least 1 dead, 44 injured after tornado strikes northern Michigan
More TOP STORIES News