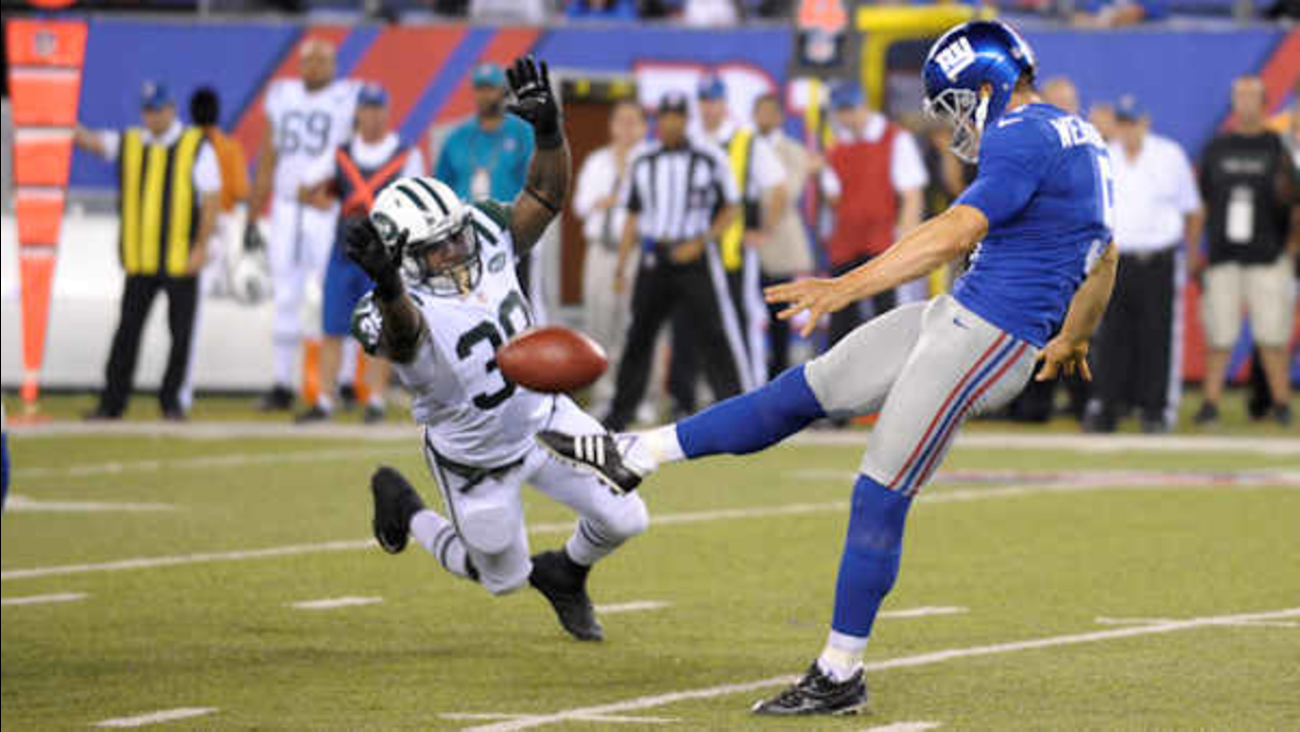 The Jets' Zac Stacy attempts to block a punt by Steve Weatherford on, Aug. 29, 2015 in East Rutherford (AP Photo/Bill Kostroun)

EAST RUTHERFORD -- Four seasons ago, Steve Weatherford was as big a postseason hero as a punter can be, helping the New York Giants to their 2011 championship with a brilliant performance in the NFC Championship Game in San Francisco and three punts inside the 10-yard line in Super Bowl XLVI against the Patriots.

But as they work to reduce their roster to 53 players in advance of the 2015 season, the Giants have decided to move on from the 10-year veteran, releasing him Friday. The Giants then acquired punter Brad Wing from the Steelers for a conditional 2016 seventh-round draft choice.

Weatherford, 32, struggled last year with injuries and feuded with special-teams coach Tom Quinn as his performance dropped off from recent years. He struggled in preseason games this year, finding it difficult to get his back to stay loose, and earlier this week coach Tom Coughlin made it clear the that veteran's job was not safe even though they had released fellow punter Robert Malone in the first round of cuts.

Weatherford has been a very popular Giant, highly visible on social media and in the community, active in many charitable causes and regularly appearing on the covers of fitness magazines. He's also dabbled in TV and radio with an eye on post-career possibilities, although he's likely to look to latch on with another team if possible.