New York Gov. Kathy Hochul squared off with Republican Rep. Lee Zeldin on Tuesday in their first and only pre-election debate. Joe Torres has the story.

Their one-on-one came as recent polls show a tightening race, with the Democrat's lead having dwindled to single digits in one survey. No Republican has won statewide office in New York since 2002.

Zeldin, a conservative backed by former President Donald Trump, has campaigned furiously on his opposition to the state's bail reform law and criticized Hochul's handling of crime, which has ranked high up on the list of voters' concerns in nearly every survey of the race.

Both candidates sought to align themselves with New York City Mayor Eric Adams, a Democrat who has pushed for new and substantial rollbacks to bail law, but they predictably diverged on Trump and his successor, President Joe Biden.

Zeldin praised Trump's policy agenda during the debate, but, in a nod to a state that voted overwhelmingly for his opponent, did not directly say whether the former President should run again in 2024.

Hochul, breaking from some tepid statements from fellow Democrats, was clear and concise on Biden's future. Asked if she thought he should run again, she said, "Yes, I do."

Here are the four big takeaways from Tuesday night's debate.

Crime has emerged as the central talking point of the election and that held for large portions of the debate on Tuesday, with Zeldin criticizing Hochul for not taking more aggressive steps to combat its rise and promising to fire a controversial Democratic prosecutor in Manhattan.

Hochul responded by talking up various initiatives but also frequently tried to turn the tables on the Republican, pointing to his opposition to gun control measures, including a bipartisan deal recently passed in Congress.

"I'm running to take back our streets," Zeldin said in the first volley of the debate.

Hochul dismissed her opponent's attacks as vague and cynical.

Zeldin sought to pivot off the gun argument by noting that firearms didn't play a role in many recent hate crimes or when innocent bystanders have, in recent months, been pushed on to subway tracks.

"They tell me these stories," Zeldin said of voters he's met, "about having to hug a pole or grab a guardrail because they're afraid of being pushed in front of an oncoming subway car."

"All you have is rhetoric," Hochul shot back. "I have a record of getting things done."

The state's bail reform law, passed in 2019 but rolled back twice since, was also a flashpoint. Even after the moderators rolled out statistics showing it's difficult to discern whether the law, which makes it more difficult to hold suspects in pre-trial detention, led to a rise in crime, both candidates -- Zeldin to a much greater degree -- spoke about their desire for further changes.

Hochul has, before and during the campaign, sought new tweaks. Zeldin wants the legislation off the books entirely -- a desire in step with even some liberal New Yorkers -- calling it "the will of the people."

In a state Biden won by nearly 2 million votes, with more than 60% of ballots cast, Zeldin's vote in Congress against certifying the election has become a reliable cudgel for Democrats.

On Tuesday night, Hochul wielded it early and often.

When Zeldin talked about trying to remove Manhattan District Attorney Alvin Bragg, who was elected to the job, Hochul connected it to the congressman's actions after the 2020 presidential election.

"In Lee Zeldin's world," she said, "you overturn elections you disagree with."

Zeldin said he had the "constitutional authority" and "constitutional duty" to try his best to unseat Bragg, who has been criticized for not more aggressively prosecuting low-level crime.

Eventually, the moderators offered Zeldin an opportunity of sorts to disavow his past actions. Asked if he would, knowing what he does now, still vote against certifying the 2020 election, Zeldin demurred.

Pressed then on whether he would accept defeat, should Hochul win in two weeks, Zeldin said he would -- but his disdain for the question was obvious.

"First off, losing is not an option," Zeldin answered. "Secondly, playing along with your hypothetical question: Of course" he would accept the results, he said.

The Republican also came under consistent attack over his anti-abortion policy views and celebration of the Supreme Court's decision overturning Roe v. Wade.

Zeldin has argued the issue is moot: New York state has passed strict abortion rights protections and, even if he wanted to, he could not change them.

Still, he did not directly answer a question from the moderators asking whether he would sign off on new restrictions if Republicans took hold of the state legislature -- something Zeldin insisted was immaterial because "it's not happening."

Hochul returned to the issue frequently, touting the state law and promising to protect it from conservative politicians like Zeldin.

"What we have in New York state is simply a codification of Roe v. Wade," Hochul said, when asked if she would put any restrictions on abortion. She then added, "You know why nothing changed the day after the Dobbs decision? It's because I'm the governor of New York and he's not."

Zeldin also sought to fend off questions about a recent remark, which he has since walked back, stating he wanted to appoint an anti-abortion rights state health commissioner.

"My litmus test," he insisted, "is that (the health commissioner) is going to do an exceptional job."

Again though, on the issue of whether he would support funding for Planned Parenthood, Zeldin swerved and suggested it would be a bargaining chip with Democratic leaders in Albany.

"I've heard from New Yorkers who say that they don't want their tax dollars, for example, for people who live 1,500 miles away from here," Zeldin said.

The Bills have one of the best records in pro football this year, but Zeldin hopes they might be a losing issue for Hochul, at least outside Buffalo.

The state this year approved $600 million in funds to build the team, which is owned by a billionaire, a new stadium in Buffalo. The county is also chipping in an estimated $250 million.

Hochul defended what critics call a corporate handout as a job-creating maneuver -- an argument belied by other cities' past experiences doing the same -- and claimed the Bills were "looking elsewhere," or considering moving to another city, and said she'd heard from people that they'd been in contact with officials in other states.

"You think about the identity of the community -- like Broadway is to New York City, the Buffalo Bills are to Western New York," said Hochul, a Buffalo native.

Zeldin became exasperated at the suggestion the Bills were seriously considering leaving the city -- "They're not," he snapped -- and said the eleventh hour deal to secure the money was "irresponsible on process and substance."

Throughout the debate, Zeldin also criticized what he described as Hochul's "pay to play" governorship, accusing her of trading state contract cash for campaign donations.

Hochul rejected the charge, which has been reported on inconclusively by a number of local media outlets.

"There has never been a quid pro quo, a policy change, because of a contribution," the governor said, before pivoting to an attack on Zeldin's outside support, specifically the more than $8 million invested in pro-Zeldin super PACs by Ronald Lauder, heir to the cosmetics giant Estée Lauder. 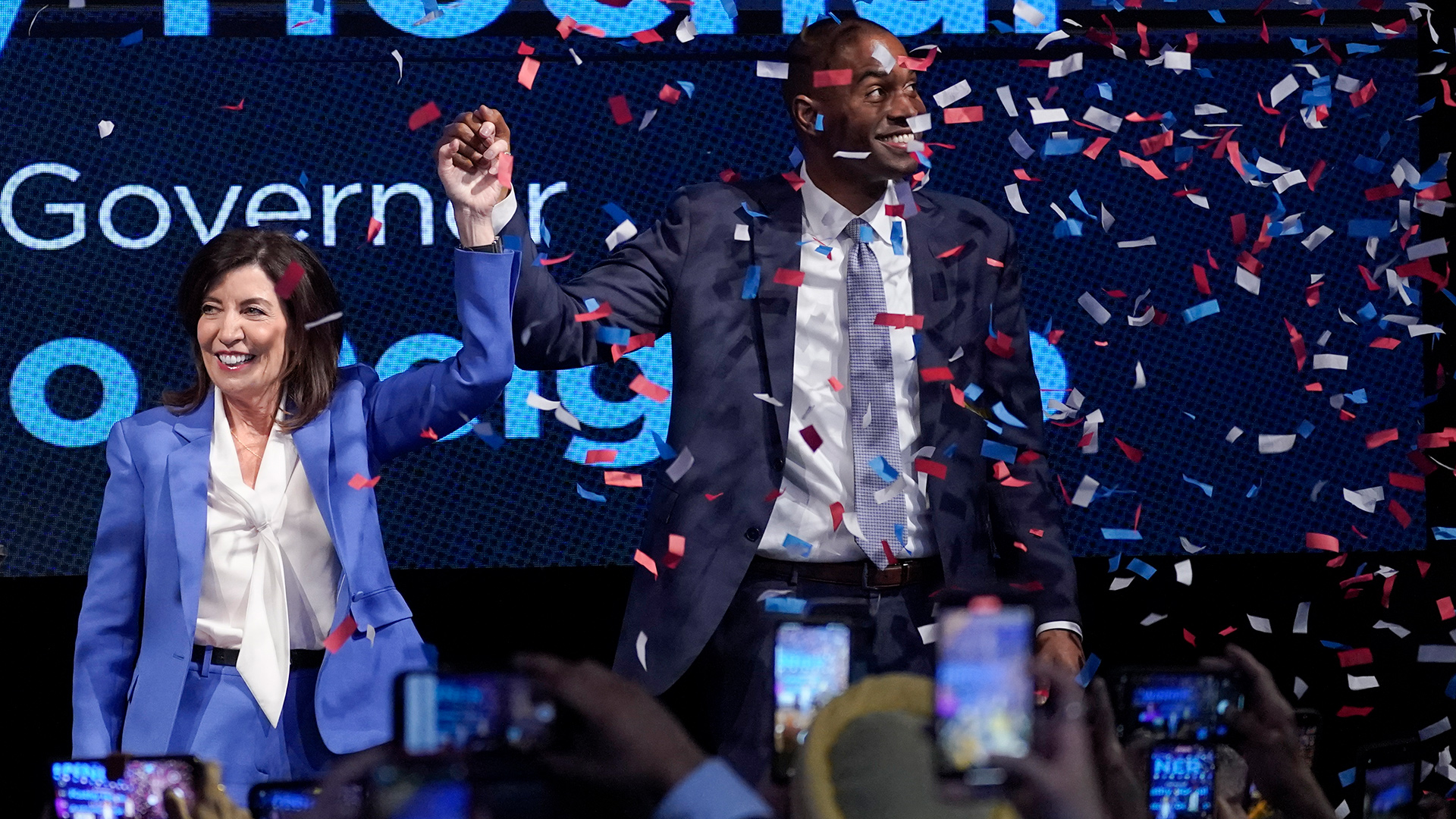 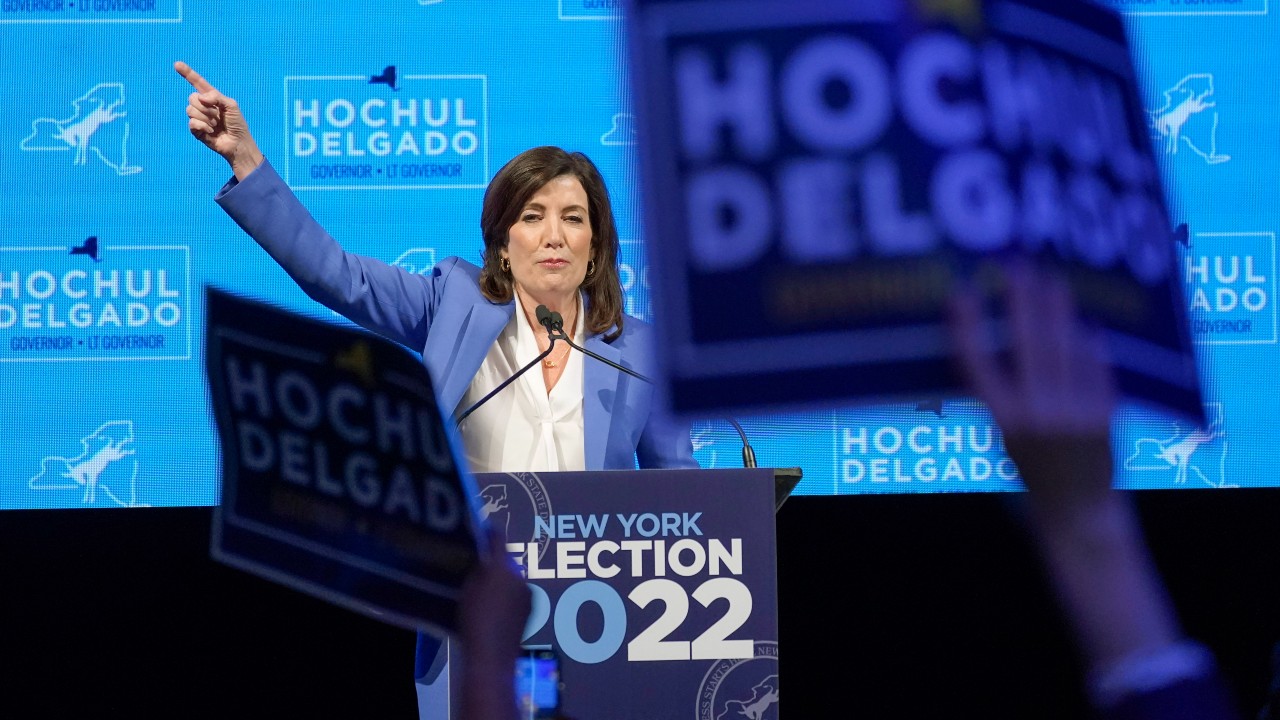 Election Live Updates: Some key races still up in the air 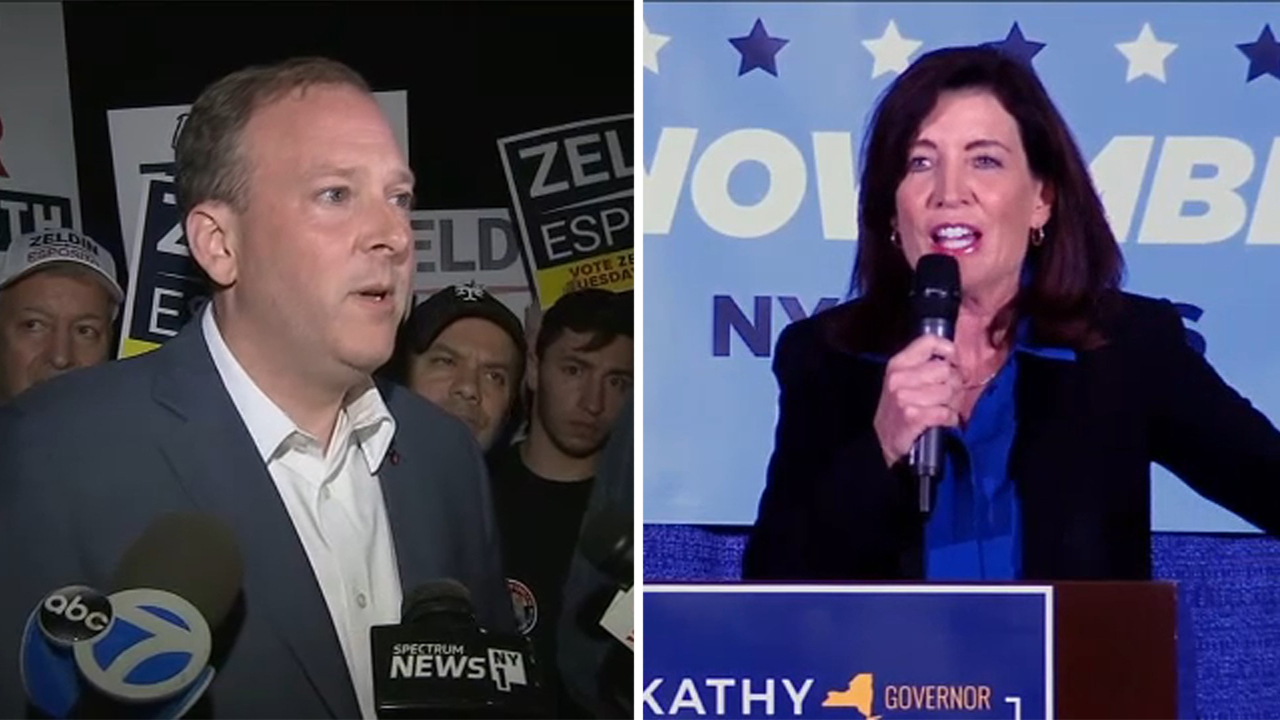 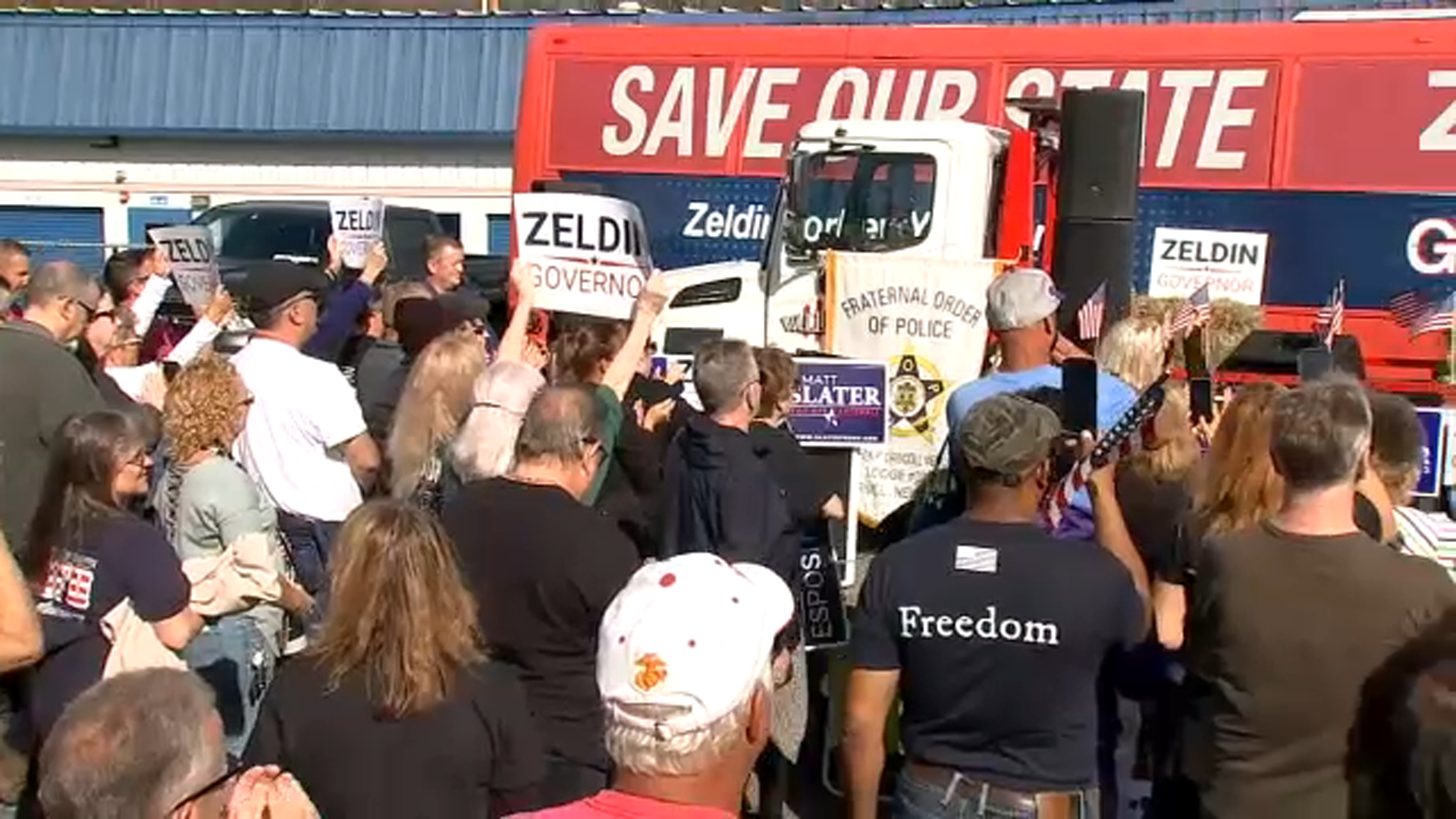