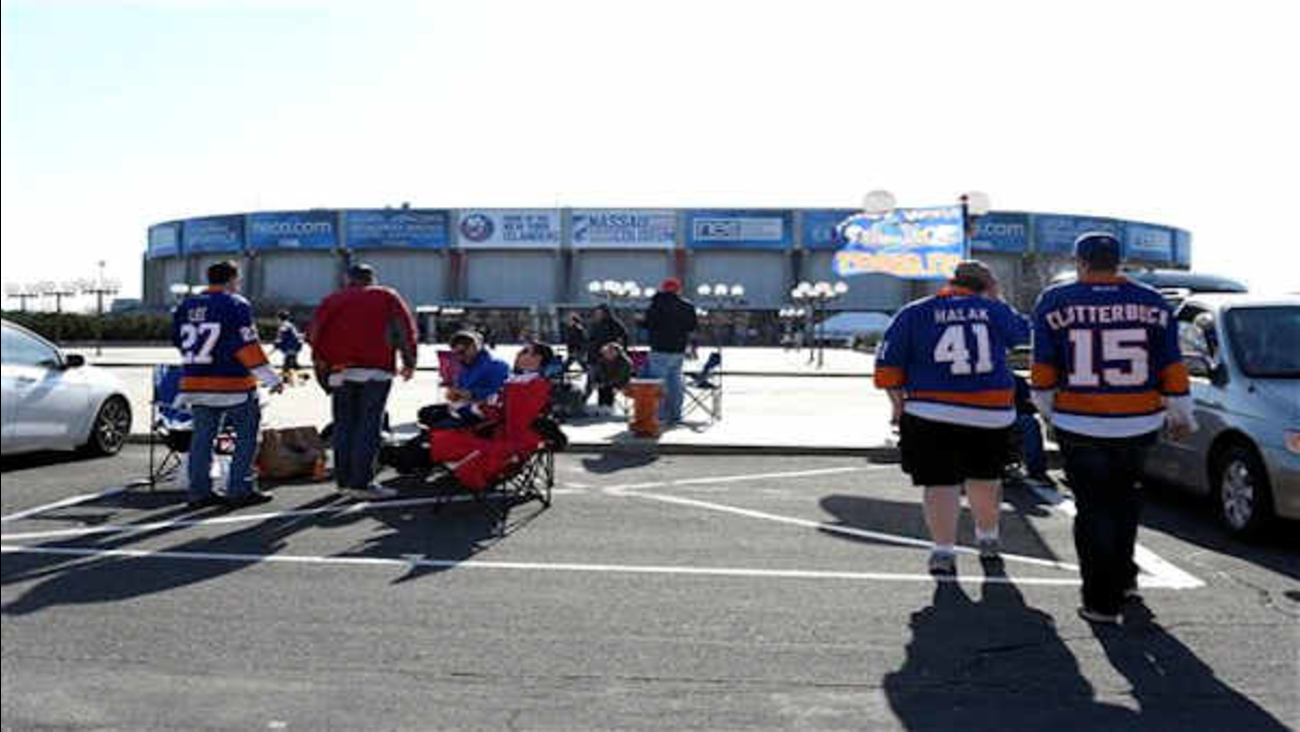 UNIONDALE -- On Long Island, the New York Islanders marked the end of an era.

The Islanders will play in playoff games at the Coliseum, but next year the team will play at the Barclays Center in Downtown Brooklyn.

Cam Atkinson and Alexander Wennberg scored in the shootout to lead the Columbus Blue Jackets to a wild 5-4 win over the New York Islanders on Saturday night in the last regular season game at Nassau Coliseum.

Atkinson, Wennberg, Brandon Dubinsky, and Scott Hartnell also scored in regulation for Columbus (42-35-5). Curtis McElhinney had 48 saves through overtime to help the Blue Jackets earn a split of the teams' four-game season series.

The loss gives Washington home-ice advantage against the Islanders in the teams' first-round playoff series. New York was b 2-1-1 against the Capitals in the regular season.