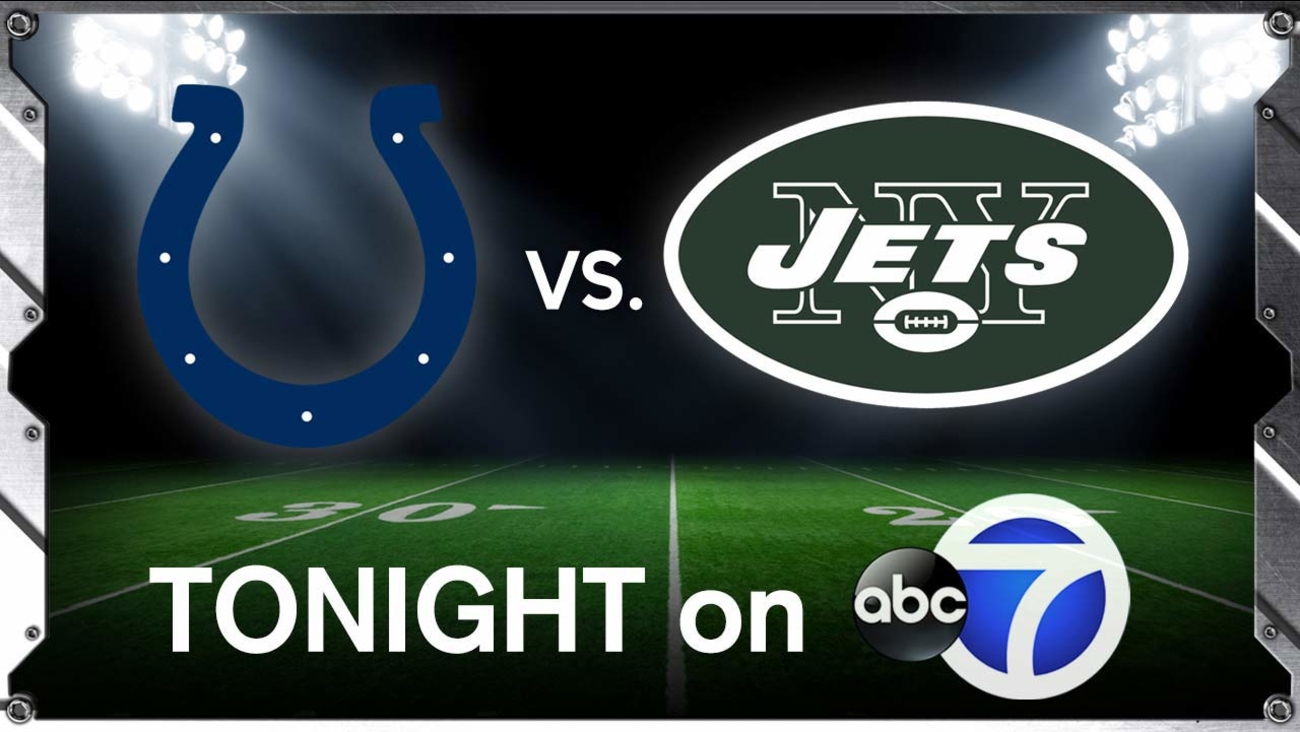 EAST RUTHERFORD, New Jersey -- Andrew Luck will be back under center for the Indianapolis Colts - and it's on his offensive line to help keep him there.

The star quarterback is coming off a concussion that sidelined him for one game, but he was cleared Saturday to play Monday night against the New York Jets . Luck has been sacked an NFL-leading 35 times this season, and Todd Bowles' defense will be looking to add to that total in a big way.


You can watch the Jets-Colts game tonight on Channel 7, starting with our special Countdown to Kickoff at 7:30 p.m., followed by the game at 8:15. See programming changes at the bottom of this article.

"There's not any special adjustment," left tackle Anthony Castonzo said. "We're always trying to keep him protected. Knowing that he's coming off a concussion, we don't want him to get another one, so we just have to tighten up the screws on technique and just make sure you keep your guys away from him."

Despite having a highly regarded defensive line, the Jets have only 19 sacks. That ties them with San Francisco for 29th in the league, with only Cleveland and Oakland, with 17 each, having fewer.

Indianapolis isn't taking New York lightly, though. Far from it.

"I think these guys are as good as anybody," left guard Jack Mewhort said. "A lot of talented guys, they have played a lot of football and we are aware of that, and we obviously respect that and respect what they have done. We know that these guys have the ability to wreck games."

Leonard Williams leads New York with six sacks and 22 quarterback hurries in his second season, one of the few bright spots for the Jets (3-8). Opponents are catching on, however, as he has gone four games without taking down the quarterback while facing increased double-teams.

Defensive end Muhammad Wilkerson is in the midst of a disappointing season with 2 1/2 sacks after setting a career high with 12 last year. But he has been dealing with an ailing ankle all season and is questionable to play.

"When you look at all our guys, a lot of the things that's kind of happened when you make plays here or there, they're getting attention," defensive coordinator Kacy Rodgers said. "They're getting double-teamed, protections are a little different, everything. They're warranting a lot of attention, which they should be, but they're steady working and we'll get there."

The Colts (5-6) have given up 38 sacks, including the three times Scott Tolzien went down last week in place of Luck. Only Cleveland, with 45, has allowed more. It hasn't helped that Indianapolis has had to use six different line combinations because of injuries.

"They say the O-line has been struggling," Williams said, "but mostly what I see is that the majority of the sacks are just from the defense executing blitzes and pressures and stuff like that."

While the Jets' sacks totals are modest, they have 89 quarterback hurries and 56 tackles for loss. Over the last six games, New York ranks third in the NFL in opponents' passer rating (73.8 percent) after placing 31st during the first six games with 114.7 percent.

"They are not a passive defense by any means," Luck said. "It's an aggressive-style defense. Any time in any game, you get blitzes. If you can pick it up, there are less guys in coverages, it is sort of simple. It can be an opportunity for a big play both ways and we'd like to make sure they are big plays in our favor."

New York's secondary has struggled most of the season when teams have tested it with deep throws. Darrelle Revis has looked nothing like the shutdown cornerback he once was, and the rest of his fellow defensive backs haven't been much better.

The Jets have been able to tighten up a bit on passes of more than 20 yards, with opponents going just 6 of 27 with no touchdowns on those throws in the last six games. That's a far cry from the first six, when teams were 12 of 24 for five scores and an eye-popping 118.1 quarterback rating.

A season-long problem, however, is the lack of forced turnovers. New York has nine takeaways, 29th in the league - and one more than Indianapolis - with none in the last three games. The Jets had 30 last year, which tied them for third best in the NFL.

"Takeaways win games," cornerback Buster Skrine said, "and we haven't been getting them."

"You try to get them in games," he said. "We swipe at the balls. We just haven't gotten them. Yeah, it's frustrating because we've got to get takeaways, and that's the biggest difference between this year and last year defensively: not many takeaways."