Long Island community gathers to honor those who have served in Iraq, Afghanistan 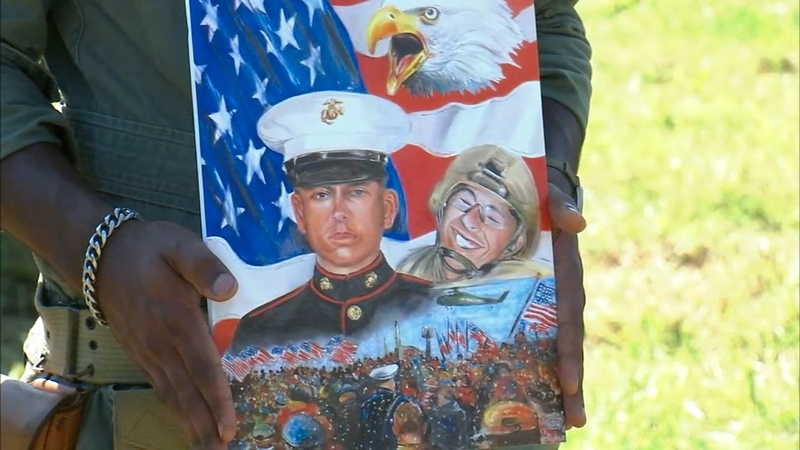 Long Island community honors those who have served in Iraq, Afghanistan

OLD BETHPAGE, Long Island (WABC) -- Community members from across Long Island gathered Saturday in honor and remembrance of all those who have served these last 20 years in the War on Terror in Iraq and Afghanistan.

"The news of what we have seen about what's happening halfway around the world has added to the pain so many of us feel," said County Executive Laura Curran.

Gold Star families joined servicemembers and elected officials to the Museum of American Armor in what is thought to be the first community ceremony to honor those who have fought in the War on Terror.

Joanne Lyles lost her son, Jordan Haerter, when a suicide bomber tried to attack his base with two tons of explosives.

"It's the wrong order of life to bury your child," Lyles says.

She stood with the families and service members on Saturday - all who have sacrificed for freedom's cause.

"They were deployed, they did their job - I want them to know their service was valuable," Lyles added.

The community gathered not just to say thank you to those who have served in the 20-year War on Terror, but to remember all acts of service - not one too big or too small.