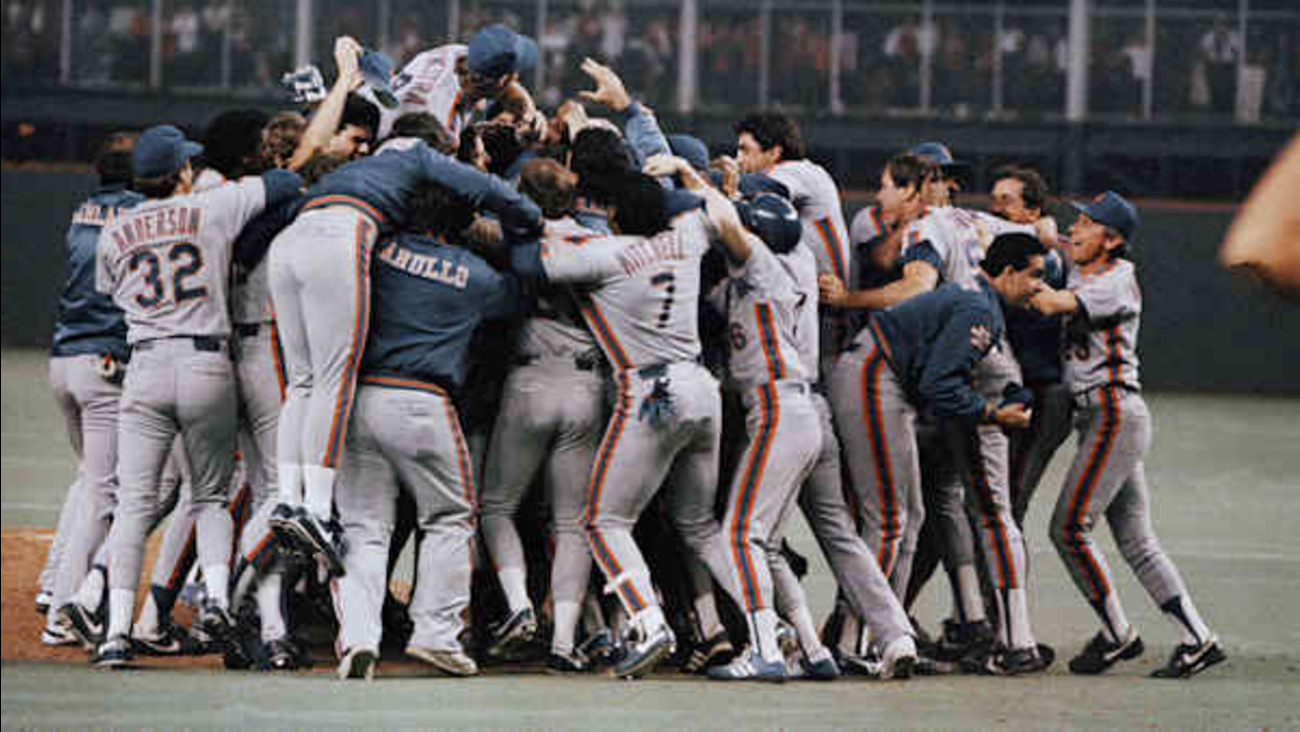 NEW YORK (WABC) -- The contest that sent the New York Mets to the 1986 World Series was as dramatic as they come, with the team trailing the Astros 3-0 in the top of the ninth inning of Game 6 of the National League Championship Series.

Lenny Dykstra led off with a triple, followed by RBI hits from Mookie Wilson, Keith Hernandez and Ray Knight that sent the game to extra innings. The Mets added three more in the top of the 16th inning, but Houston countered with two in the bottom half before Jesse Orosco struck out Kevin Bass with two on and two out to end the series and send the Mets to a title showdown with the Boston Red Sox.