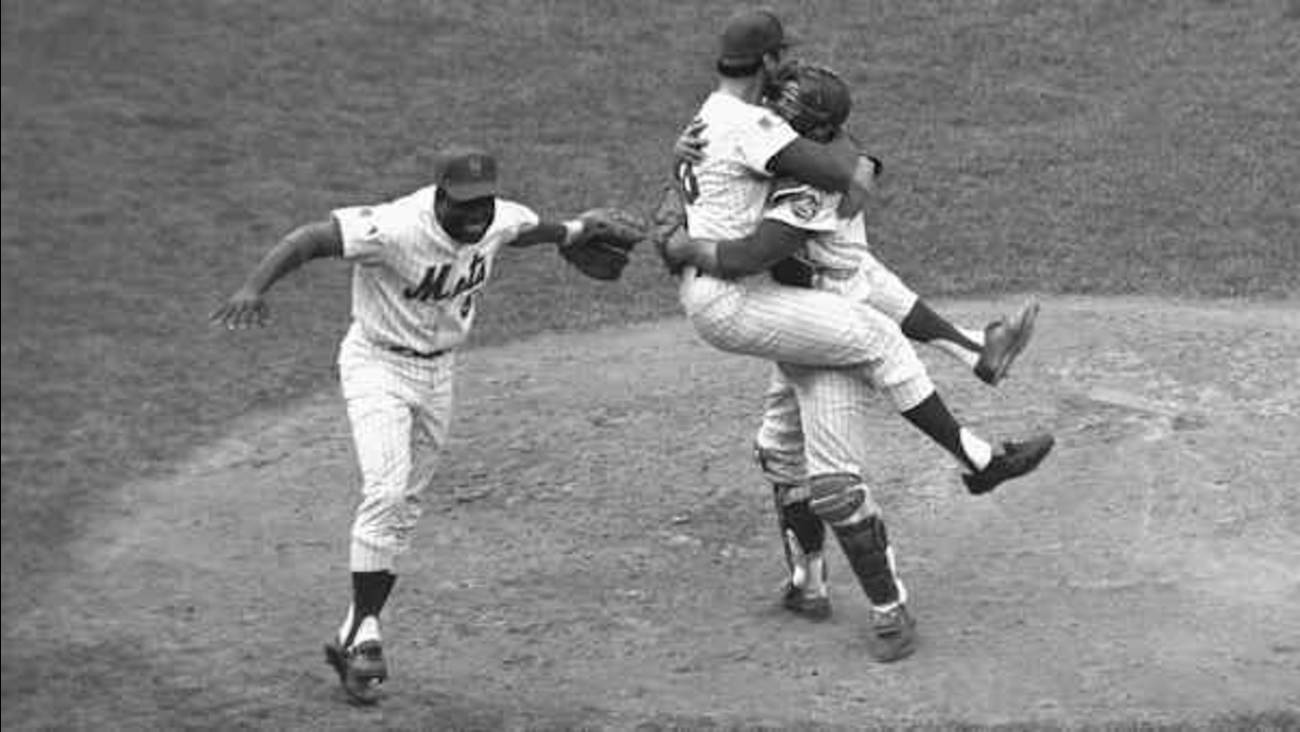 NEW YORK (WABC) -- The 1969 World Series was one of the greatest upsets in postseason history, as the Mets prevailed in five games over the heavily favored Baltimore Orioles.

The title earned them the well-known "Miracle Mets" moniker, as the 1969 season marked the Mets first with a winning record. They also became the first expansion team to win the World Series, in their eighth year of existence.

The 5-3 win in Game 5 was sparked by a two-run homer by series MVP Donn Clendenon and a solo shot by Al Weiss to tie the score in the seventh. Ron Swoboda and Jerry Grote knocked in runs in the eighth to provide the final margin, and Jerry Koosman got second baseman Davey Johnson to fly out to left field for the final out.