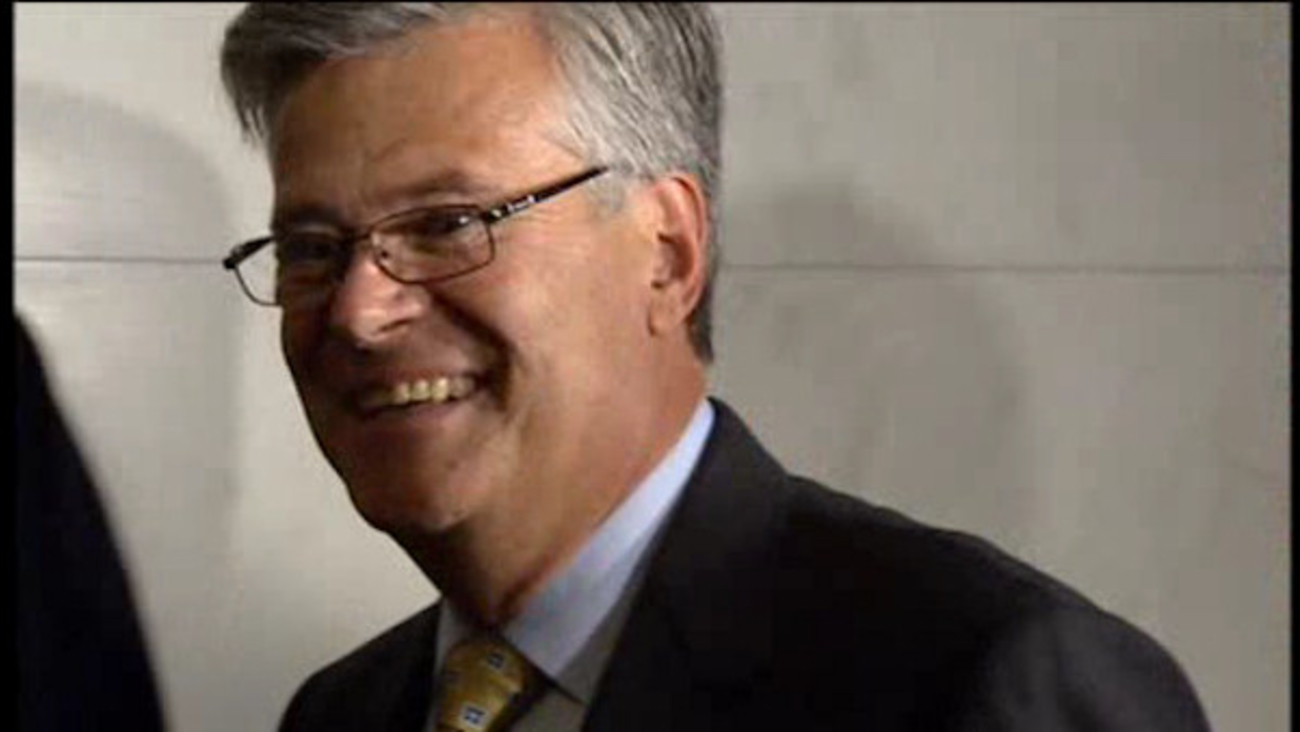 ALBANY -- The Republican leader of the state Senate survived a largely symbolic effort by Democratic lawmakers to oust him from his position Wednesday following his arrest on federal corruption charges.

Democratic lawmakers walked out of the Senate in protest after Republicans refused to allow a vote on their motion to remove Dean Skelos as Senate majority leader.

Skelos, of Long Island, faces charges he traded his influence for more than $200,000 in payments from a real estate firm and an environmental technology business that went to his 32-year-old son, Adam Skelos, who is also charged in the case. Both say they are innocent.

"I don't think there was any point in participating in this charade," Sen. Michael Gianaris, D-Queens, told reporters after he left the Senate chambers. "Let's have a vote. Let the people of New York know where you stand."

Skelos, 67, has vowed to stay on as leader while he fights the charges, but support among his fellow Republicans appears to be wavering. The Republican conference announced Monday that it would keep Skelos as leader; since then, however, more Republican officials have publicly called for him to step down.

"Public confidence in him is waning," LaValle said of Skelos. "The judicial process will determine what is just. But in the meantime, Dean Skelos' legal issues should not be allowed to damage the hard work of other Republican leaders and the confidence the public has in them."

Wednesday's attempt to oust Skelos was intended to force Republicans to go on the record as supporting him. It was unlikely to succeed in ousting the veteran lawmaker because Republicans hold a one-seat majority in the Senate. But the move and the bickering it prompted underscore the difficulties Skelos will have leading the Senate while he fights the charges.

After Gianaris made his motion, Sen. Jack Martins, who was presiding over Wednesday's Senate session in Skelos' absence, rejected the motion because it hadn't been submitted in writing in a timely fashion. Democrats insisted that their motion was appropriate. At several points, senators began yelling over one another.

"You are out of order," Martins, R-Mineola, told Gianaris. "You are obstructing our performance here."

Skelos, who first became Senate majority leader in 2008, wasn't in the chamber during the debate. His spokeswoman said the attempt to oust him came down to politics.

"The liberal, progressive Democrats no longer believe in the presumption of innocence, and that is dangerous to all of our freedoms," she said.

Democratic Gov. Andrew Cuomo on Wednesday made his first public comments on the charges against Skelos, saying that if the accusations are true, "it's deeply disturbing." He declined to weigh in on whether Skelos should stay Senate leader.

"It's not my place to tell them who their leader should be," Cuomo told reporters in Syracuse. "That's up to them."

Democrats are expected to try again to force a vote on Skelos next week.