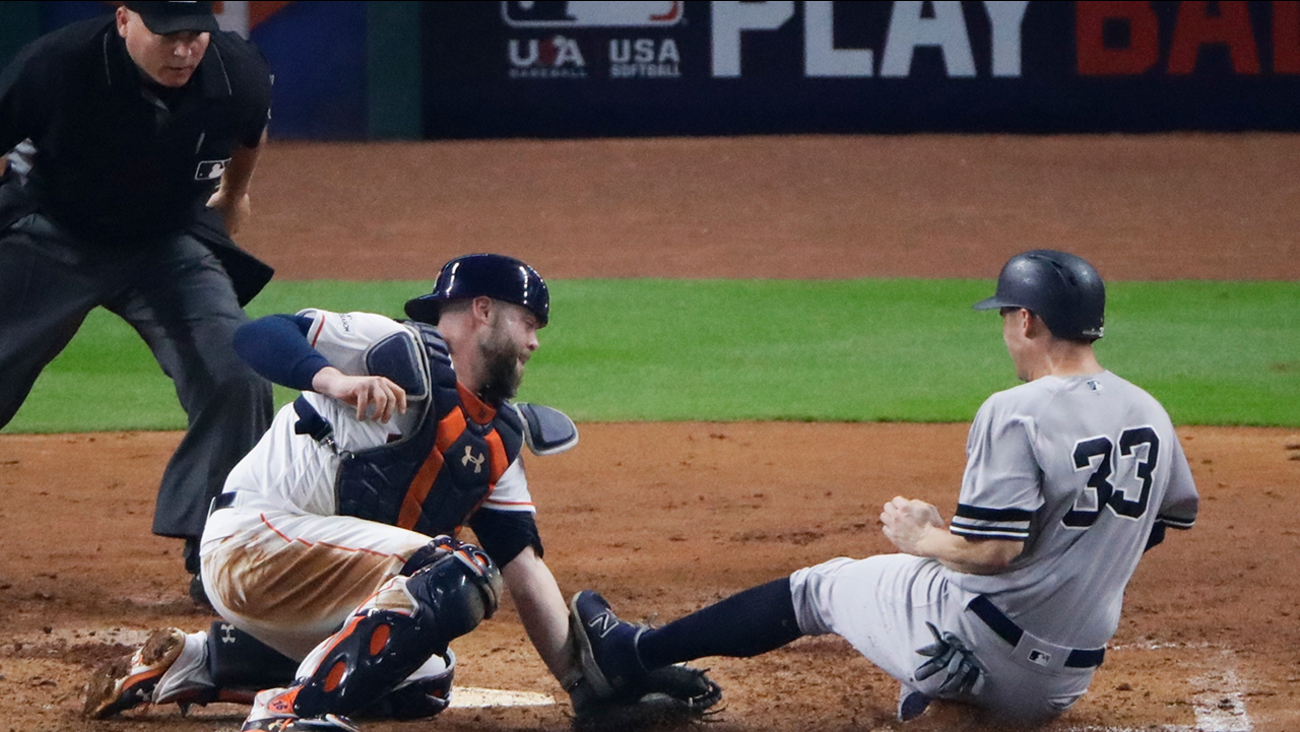 NEW YORK (WABC) -- Now that the off-season has arrived for the Yankees, it's time to re-tool for 2018. Here are a few things to look at during the hot stove season.

The Yankees have too many gifted outfielders and Jacoby Ellsbury appears to be the odd man out. Ellsbury had a rather poor season and has a big contract which does not add up well for him. Look for Brian Cashman to shop the outfielder around. The Yankees may have to eat a good portion of the contract, but it's time for his days in pinstripes to come to an end
Report a correction or typo
Related topics:
sportsbaseballnew york yankeessports
Copyright © 2022 WABC-TV. All Rights Reserved.
TOP STORIES
TX school shooting leaves at least 19 children, 2 adults dead
Beto O'Rourke confronts Texas gov. at Uvalde shooting press conference
NYC mayor, chancellor call on parents to take role in school safety
Uvalde school shooting: What we know about 19 kids, 2 teachers killed
Texas school shooter bought 2 rifles within days of turning 18
'What are we doing?': Murphy plea highlights reaction to shooting
Surplus of summer rental vacation homes, seasonal jobs in NJ
Show More
7 On Your Side helps rescue deposits for NJ apartment fire victims
Nassau County beefing up water patrols for Memorial Day weekend
19 large dogs rescued from squalor conditions in abandoned NJ mansion
Ex-reality star Josh Duggar gets 12 years in child porn case
1 dead in Bronx Legionnaires outbreak, now 19 confirmed cases
More TOP STORIES News