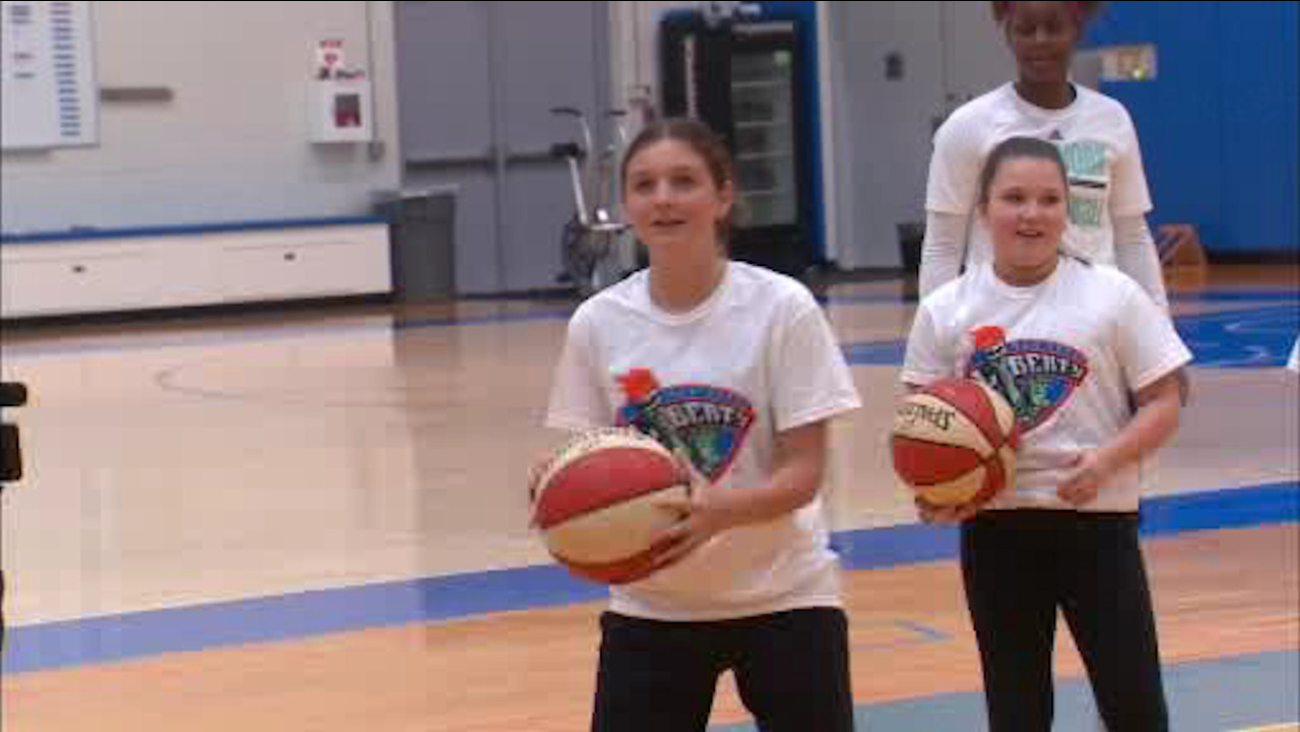 WABC
KENILWORTH, New Jersey (WABC) -- A New Jersey appeals court judge ruled Friday that a girl expelled from her Catholic school over a lawsuit to play on the boys' basketball team and her sister must be reinstated.

Sydney Phillip's dad Scott said his daughters were jumping up and down and screaming when they heard the news that they will be returning to St. Theresa's in Kenilworth on Monday.

Scott Phillips said the girls were devastated to be expelled, which Jim Goodness of the Newark Archdiocese explained was a result of a violation of the parent-student handbook. The section reads, "If a parent implicates St. Theresa School in a legal matter, or names St. Theresa School as a defendant in a civil matter, the parent/guardian will be requested to remove their children immediately from the school."

The Phillips family was informed of the expulsion Wednesday.

Reached for comment after the ruling, Goodness released a statement reading, "We are aware of a stay of the expulsion. We will not comment on the status of the legal proceedings."

Last December, St. Theresa's canceled their girls' basketball team after there weren't enough students interested. Twelve-year-old Sydney and her family then fought to play on the boys' team, but the school refused even though the Archdiocese of Newark doesn't have a specific rule prohibiting that.

"I was like really bummed when I found out I couldn't play with the boys, because I'm better than them," Sydney said, laughing.