'News of the World' review: Tom Hanks movie is best film of 2020 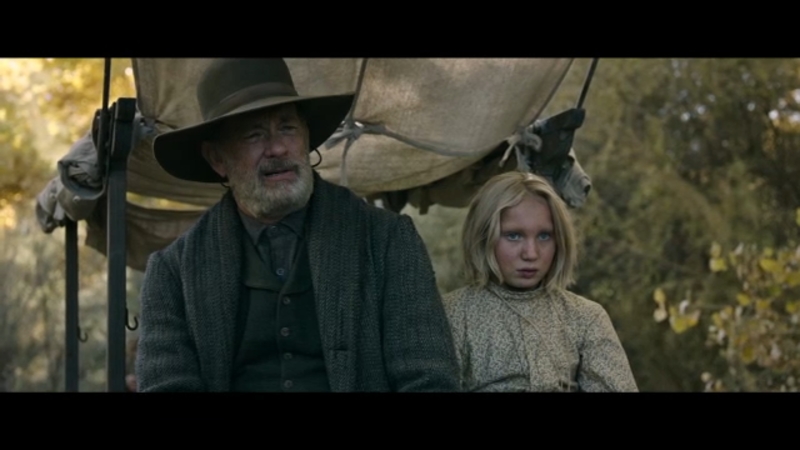 The big winner at the box office over the long holiday weekend was "Wonder Woman 1984," with a gross of $16.7 million -- the biggest opening for any movie since the pandemic began.

But the take for the sequel was still a fraction of what the original made on its first weekend.

A new movie starring Tom Hanks made just under $2.5 million, and I didn't expect "News of the World" to be as great as it is. In fact, I truly believe Hanks deserves an Oscar for his efforts as Captain Jefferson Kyle Kidd.

He is the perfect choice to play a character the star describes as, "burdened by his own decency."

The movie is set 150 years ago, but it still manages to be the perfect parable for our divided nation right now.

Kidd was once a preacher but fought for Texas on the losing side of the Civil War and now makes his living going from town to town reading the best stories from newspapers. This news of the world is especially important along the frontier, where folks are cut off from the rest of America and many can't read.

"They pay you to tell stories?" says one incredulous young man to the Kidd, adding that he "ain't never heard that is a thing a man can do."

Kidd responds, "It's not a rich man's occupation, as you can see."

Hanks' character stumbles upon a girl who's been kidnapped by the Kiowa People years before and raised by the tribe as one of their own after warriors killed her entire family.

Kidd takes it upon himself to make the dangerous journey of 400 miles through Texas to take Johanna to her surviving relatives.

"She needs to laugh and dream," he says. "She needs new memories."
The bond between the two grows to form the emotional core of the film, which is directed by Paul Greengrass. He is famous for his thrillers like the "Bourne" movies starring Matt Damon.

What makes his newest movie so terrific is the combination of exciting action and quiet reaction. That's one reason why this is the best film I saw this year.

Another reason is the acting. The way Hanks holds his closeup without dialogue is wondrous, and pre-teen newcomer Helena Zengel is an extraordinarily talented your performer.

A lesser talent could not have matched Hanks' remarkable presence and skill, but here they form a true partnership and make for a great team.

"News of the World" is only available in theaters right now, but It's definitely worth making a special trip to see on the big screen. But if you're not so inclined, then it's worth watching at home when it begins streaming on January 15.