Knicks' Derrick Rose on rape case: 'I didn't do anything wrong' 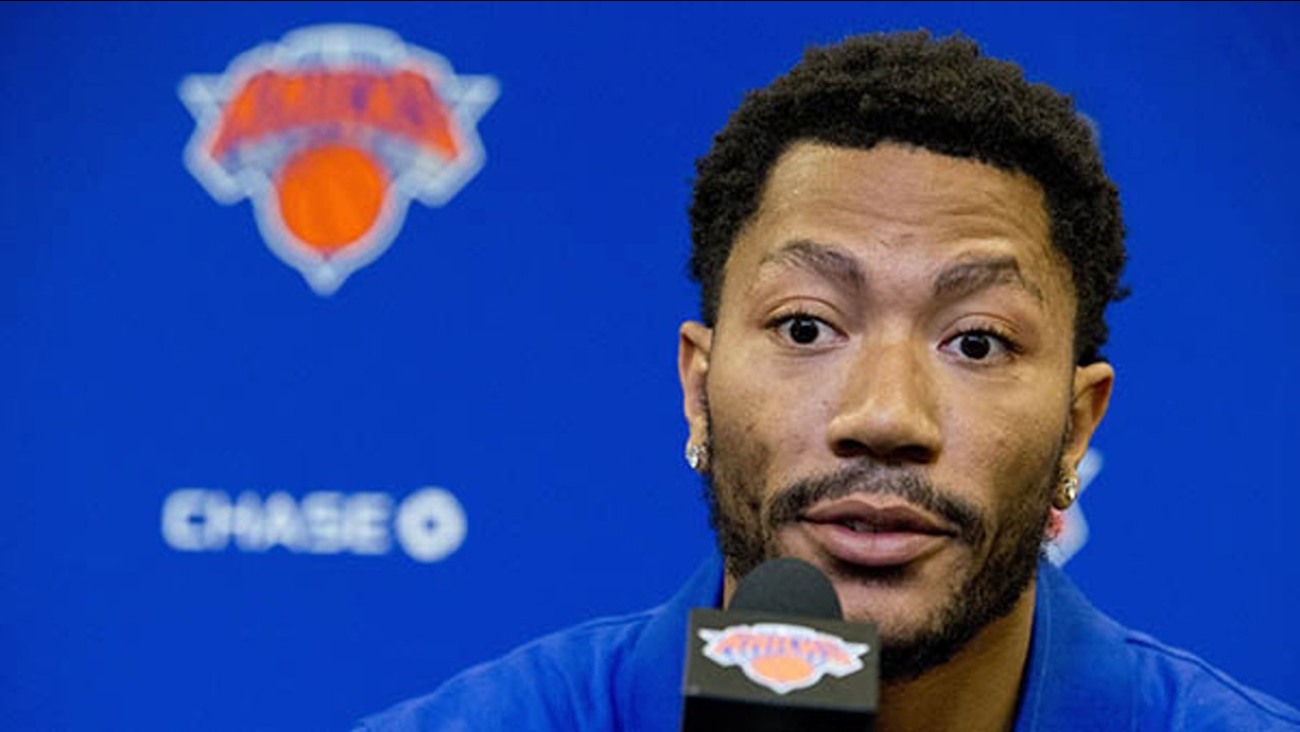 LOS ANGELES (WABC) -- New York Knicks point guard Derrick Rose says he isn't worried about a rape trial that is to start next week because he feels he "didn't do anything wrong."

Rose said he is instead focused on his first season with the Knicks after being traded by the Bulls in the off-season. His first practice with the team will be Tuesday.

A woman sued Rose last year in California, contending the former MVP and two of his friends raped her in August 2013 while she was incapacitated after a night of drinking. Rose and the others say they had consensual sex with her that night.

The civil trial is to begin Oct. 4 - barring any settlement - the day the Knicks play their exhibition opener in Houston.

The Knicks acquired Rose from Chicago in June. He said he is healthy after a series of injuries and believes he has a big year ahead.

Detective Nadine Hernandez said the case has been ongoing for less than a year, but that the exact date of when the complaint was filed with the LAPD is under seal. She said Rose has not been interviewed, though an "offer is on the table" for him to speak, adding there is no timetable to conclude the investigation.

"We have to let the investigation go where it takes us," Hernandez said.

In July, a federal judge denied Rose's motion to dismiss the case.
Earlier this month, U.S. District Court Judge Michael W. Fitzgerald ruled that the woman's identity would not be protected in the case. ESPN does not routinely release the names of sexual assault accusers, and has not done so in this case.