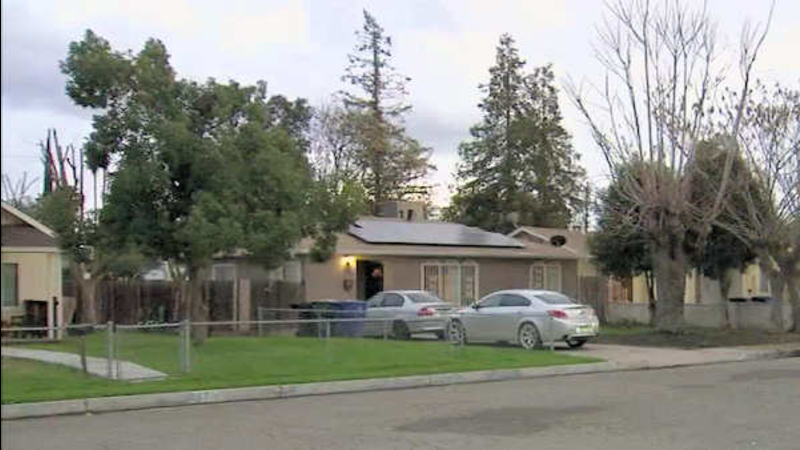 CHOWCHILLA, California -- Heartbreak on Alameda Road quickly spread through the small town of Chowchilla, as parents learned about a deadly shooting involving two siblings on opposite sides of the gun.

"I feel really bad for the family, for their loss and for the child, not understanding, not knowing," neighbor Kathy Scott said.

The call for help came in around 5 p.m. Wednesday. Inside the bedroom, officers found a 1-year-old boy with a bullet wound to his head. His sister had accidentally shot him with a parent's gun.

Paramedics transported the toddler to Valley's Children's Hospital but he didn't make it there alive.

"Well anytime a child gets a hold of firearm, and there's some sort of a negligent discharge, it's a criminal matter," said Lt. Jeff Palmer, Chowchilla Police Department

Officers said the mother, Erica Bautisa, was home at the time. She is a 16 year veteran of the California Department of Corrections and Rehabilitation.

Detectives said the handgun was registered to her and was not a duty weapon, and they suspect it was stored improperly.

Scott lives around the corner and while she said her heart breaks for the family the question still remains about why the gun was loaded and in reach.

"Keep it locked up, like the way they tell you when you buy it."

While this loss has parents holding onto their children tight into the evening, officers said it is more important to keep an even tighter eye on your guns.

Officers also met with the District Attorney's Office earlier on Thursday. It will be up to the DA to file any possible charges.