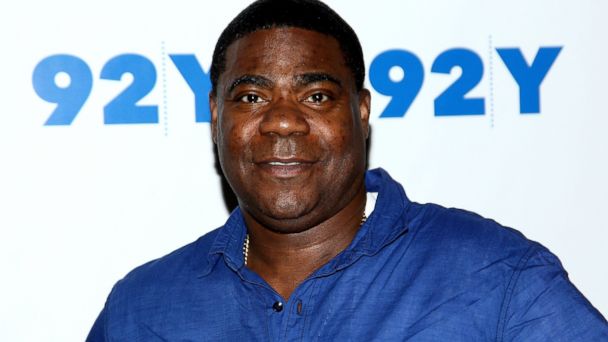 The driver of the Walmart truck that crashed into Tracy Morgan's limo last June, killing one of the passengers and sending the comedian to the hospital, has asked for the criminal charges against him dropped because he doesn't believe he'll get a "fair trial."

David Jay Glassman, the lawyer for 35-year-old Kevin Roper, cited last month's report from the NTSB, along with Walmart's civil settlements, as to why his client has no chance of getting an "impartial jury."

Glassman tells ABC News that both civil suits, involving Morgan and the family of James McNair, who died in the crash, should have been postponed until Roper's criminal case came to a close.

Shortly after the June crash, Roper was charged with one count of death by auto and four counts of assault by auto. He pleaded not guilty to all the charges.

In the recent filing in Middlesex County Superior Court, the "extensive national media coverage," along with the NTSB's publicized report on Roper's driving are the top reasons the driver's legal fate was "ultimately predetermined," his lawyer claims.

Also cited in the court documents are the settlements with Walmart, including that the retailer giant "took full responsibility for the accident," according to a statement from Morgan's rep, which Roper's attorney says further hurts his client's case. Last month, the NTSB's final report stated Roper had been awake more than 28 hours at the time of the crash.

With all the headlines involving his client, Roper's attorney asked the court to dismiss his criminal charges.

"No system of justice can rightfully call itself just - if it operates in an atmosphere where the state is unwilling to protect the accused who appears before them, prior to a jury trial," the paperwork claims. "No accused can receive a fair trial, or any other due process requirements, if the criminal justice system under which an accused is tried leaves him at the mercy of the press."

In a statement to ABC News, Glassman added, "Mr. Roper had a right to have his case decided by a jury not a mob in the street fueled by media reports innuendo and speculation."

Since the crash last year, Morgan has been fighting to recover what his lawyer called "a traumatic brain injury" resulting from the accident.

"He's fighting to get better, and if there's a chance for him to be back to the Tracy Morgan he once was, he's going to try to do that," his attorney, Benedict Morelli, said late last year.

The comedian is set to host "Saturday Night Live" on Oct. 17.