WABC
By Eyewitness News
UPPER EAST SIDE, Manhattan (WABC) -- A father from Connecticut is mourning the loss of his 26-year-old son, whose body was found days after he attended a party at an Upper East Side apartment.

Joseph "Joey" Comunale's friends held each other Wednesday night in Stamford and cried, trying to lend some comfort to a father who has lost everything.

"Everybody who came in contact with this kid loved him. He was one of a kind," said Pat Comunale, the victim's father.

So what happened to him this week has everyone in shock.

He came into the city with several friends on Saturday night to attend a party held at The Grand Sutton at 418 E. 59th St., located between First Avenue and Sutton Place near the Ed Koch Queensboro Bridge.

Comunale stayed at the party with people he had just met that night. But then he disappeared after Sunday morning, and his father reported him missing to police Monday morning.

Police searched the well-to-do Upper East Side co-op Tuesday night, looking for clues to Comunale's whereabouts. They found quite a bit of potential evidence.

"We uncovered a substantial amount of blood evidence inside the building, inside plastic bags that were downstairs through the garbage chute, in that were his clothing," said Chief Robert Boyce with NYPD.

On Wednesday, Comunale's body was found in a shallow grave in a wooded area in Ocean Port, New Jersey, more than 60 miles from where he was last seen alive. He had reportedly been stabbed repeatedly.

Police were led there by a man who was in that apartment.

Two people have since been taken into custody. One is the son of a well-known jeweler.

Comunale loved baseball and hockey, and working out with his friends.

"He was one of a kind, he was that kind of guy who was the life of the party, he never did anything wrong, he was just such a good-hearted kid. As you can see, he had a lot of people, a lot of friends that loved him very, very much," said Devin Edwards, Comunale's friend.

"He was loved by everybody, he had hundreds of friends, he didn't deserve this," said Pat Comunale, Joey's father.

Friends and family are hoping for a quick close to the investigation. 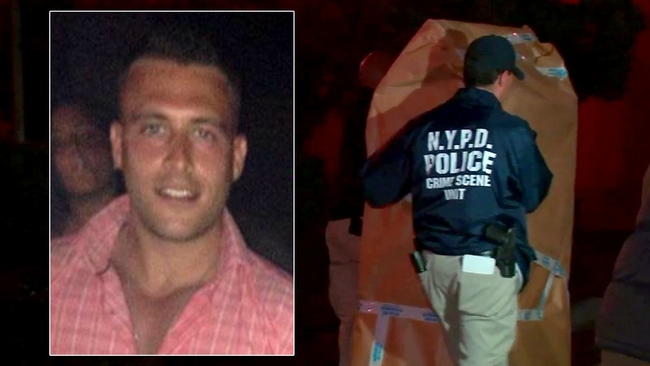 Evidence removed from UES apartment in search for missing man 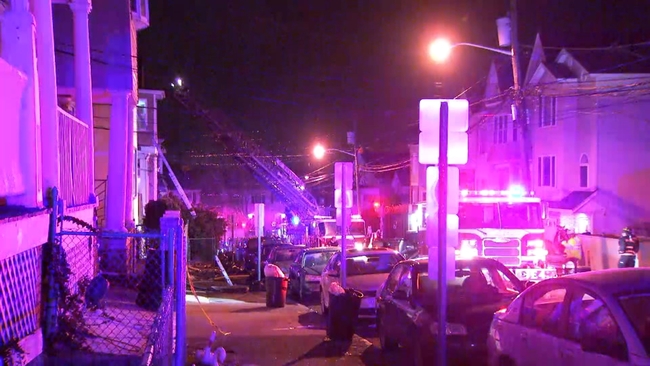