THE LATEST: Everything you need to know about the Paris attacks, including NYC response 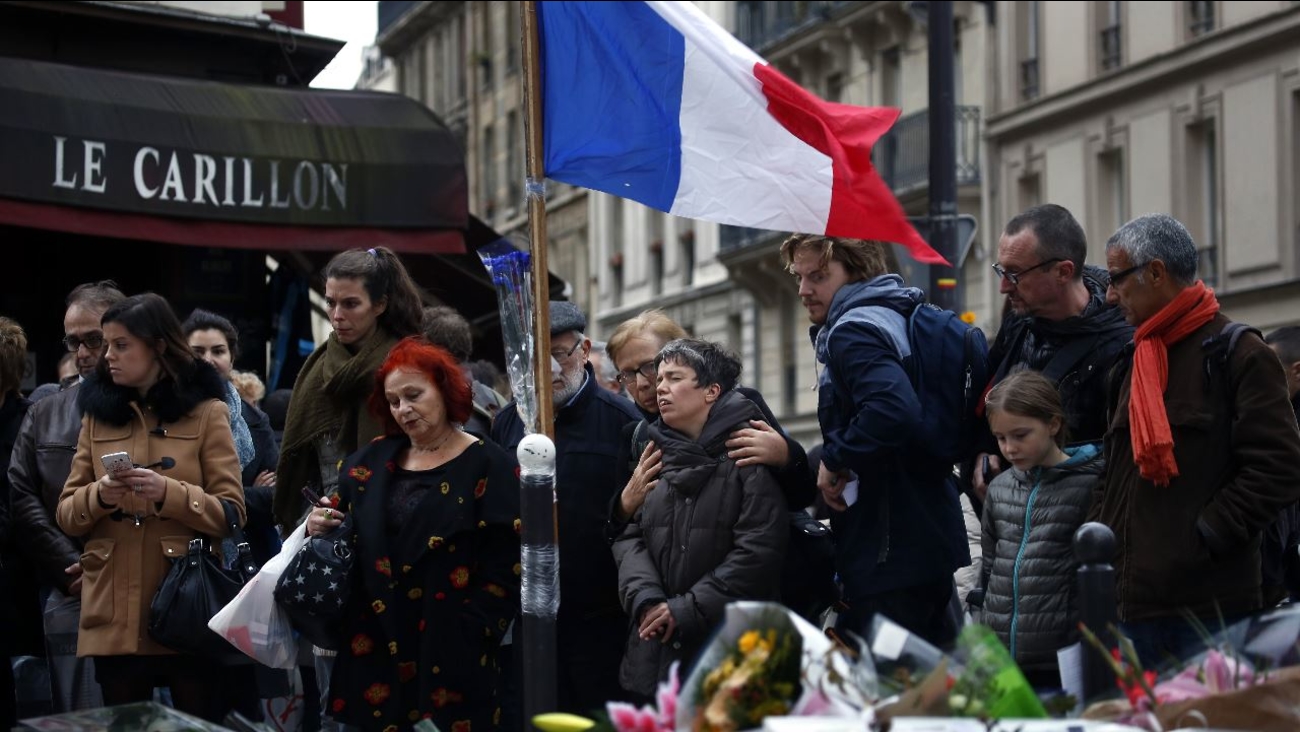 Here is all of the latest information we have regarding the terror attacks in Paris, France:

INVESTIGATION & SUSPECTS
- French police have raided 168 locations across the country, and detained 23
- Police recovered a Kalashnikov and other weapons during the raids
- A sleeper cell is said to behind the attacks
- French and Belgian jihadis - and at least one potential Syrian member - were being implicated in the attacks
- The mastermind is said to be Abdelhamid Abaaoud, a Belgian national linked to thwarted earlier attacks on a train and a French church
- French officials said they found one of the key suspects near the border, Salah Abdeslam, but released him after an ID check
- Apps, video game systems offer terrorists encrypted communication methods

FRANCE'S RESPONSE
- On Sunday, France sent 12 aircraft, including 10 fighter jets, to drop 20 bombs in Syria's city of Raqqa
- France's Prime Minister Manuel Valls said "we are at war" against terrorism

VICTIMS
- 129 people were killed
- 350 people were wounded, 99 of them seriously
- This is the worst attack on French soil since World War II
- A California college student was among the victims killed
- Some details have been released about the victims of the Paris attacks

LOCATING VICTIMS
- The owner of French caf in Cranford, N.J., is frantically trying to reach her brother in Paris. He was planning to go to the concert.
- How to locate friends and family following an emergency

THE ATTACKS
- Three teams of attackers, including seven suicide bombers attacked the national stadium, the concert hall and nearby nightspots Friday
- ISIS claimed responsibility for the attacks
- Chilling video shows moment of attack inside Bataclan Concert Hall
- A timeline of events details the timing and locations of the attacks
- A New Yorker who was in Paris when the attacks unfolded said it all went from being unnerving to surreal, to then a little bit scary
- Photos show the terrifying scene of the attacks in Paris
- The American band "Eagles of Death Metal" was performing at the concert hall where one of the attacks occurred. The band escaped out a backstage door.

NEW YORK CITY'S SECURITY RESPONSE
- Mayor Bill de Blasio announced the first deployment of the critical response command of the counterterrorism bureau, which will conduct daily deployments at critical infrastructure and sensitive locations throughout the city
- Armored trucks are in place at Times Square for all to see
- Additional officers are posted outside the French Consulate on Fifth Avenue
- Former NYPD Commissioner Ray Kelly talked about returning a city to calm after a terror attack

U.S. & WORLD RESPONSE
- President Obama said the Islamic State is "the face of evil" and that all nations need to step up their efforts to combat the threat it poses
- World leaders at the G20 Summit vowed to boost intelligence-sharing, cut off terrorist funding and strengthen border security in Europe, as they sought to show resolve and unity following the deadly terror attacks
- Politicians and others across the country weighed in on the attacks via social media
- Security was beefed up at MedLife Stadium and other sporting venues across the country
- How to talk to kids about the Paris terror attacks
- LIST: Which U.S. governors are trying to halt, question plan to accept Syrian refugees

MUSLIM RESPONSE
- Following the attacks, Muslims around the world are speaking out against Islamic extremists

MEMORIALS & TRIBUTES
- New Yorkers held an interfaith vigil in Carroll Park in Brooklyn Sunday evening
- Photos show tributes to Paris from around the world
- Powerful images also emerged following the terror attacks
- Photos show people mourning the victims of the attacks
- NYC paid tribute to Paris attack victims this weekend with the lighting of the World Trade Center spire, flowers at the French Consulate and the darkening of the Empire State Building