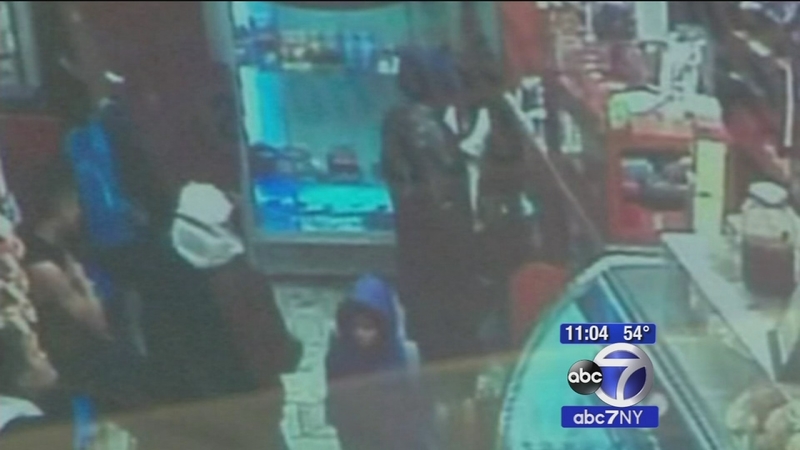 MORRISANIA (WABC) -- Two men were shot inside a crowded deli in the Bronx on Monday evening.

The shooting occurred just before 6 p.m. at a deli on the corner of East 166th Street and College Avenue in Morrisania. A baby in a stroller was left in the store alone when people scattered. Moments later, someone came to get the stroller in the baby. No words were exchanged.

"No argument, just shots fired and that was it, bang, bang, and I'm diving for the floor," said Victor Cruz, an eyewitness.

Eyewitness Victor Cruz was five feet away when the gunman walked up to the door and fired at least two shots. He said he dove for the floor when he heard gunfire ring out.

"You have got to be scared when something like that, you know what I mean?" said Yusef, a clerk at the store.

You see the victim fall back and as people scattered, Yusef, who was waiting on customers at the time, runs into the victim who had fallen behind the counter.

"I was serving people and all I heard was shots. Someone got hit and just ran through the back," Yusef said.

Two 18-year-olds were hit by bullets and were taken away on stretchers. They are currently being treated at Lincoln Hospital. One is in stable condition, and the other is in serious condition.

On an outside camera, a man was seen walking up to the store, and then running from it after the shooting. No one has been arrested.