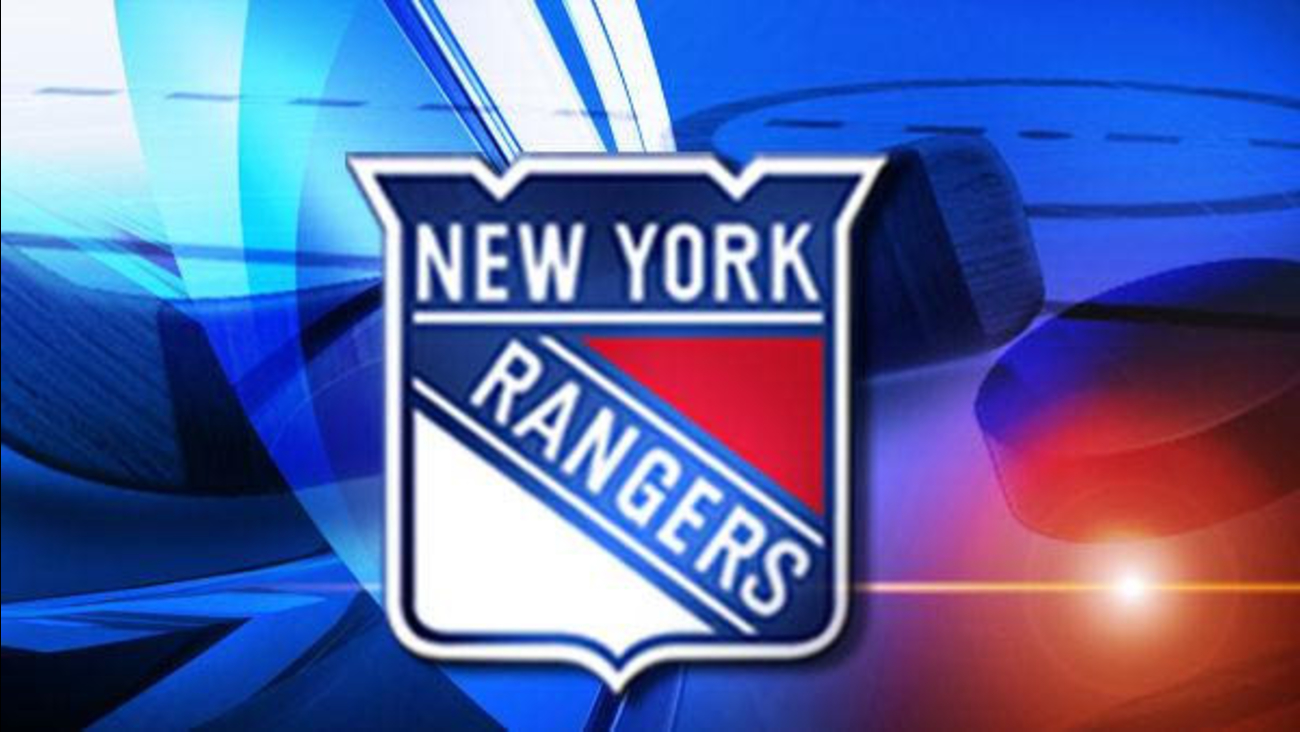 NEW YORK -- The New York Rangers used Carl Hagelin's overtime goal and spectacular goaltending by Henrik Lundqvist for a 2-1 victory over Pittsburgh on Friday night to advance in the Eastern Conference playoffs.

Hagelin skated out from behind the net and put a wrist shot on the short side behind Marc-Andre Fleury, who was equally as brilliant as Lundqvist. Hagelin's teammates stormed off the bench, while Fleury lay on the ice, despondent.

The Rangers, who got all four wins in the series by the same score, will play the winner of the Washington-New York Islanders series, which the Capitals lead 3-2.

New York also won Game 4 in Pittsburgh by the same score on Kevin Hayes' OT goal, on which Hagelin assisted.

Lundqvist made 37 saves in Game 5, including a nifty stop on Brandon Sutter in the extra session that was wide open, a bit sloppy, but very entertaining.

The Rangers had the NHL's best record, finishing 15 points ahead of the Penguins in winning the Presidents' Trophy. But they were pushed all series by Pittsburgh, a team they had never beaten in the playoffs until storming back from a 3-1 deficit last year in the second round.

New York's problematic power play opened the scoring. Dan Boyle's weak shot from the point fooled Fleury, who knocked it down - directly to Derek Stepan in front of him. Stepan put home a tap-in just 3:23 in.

Moments later, on Pittsburgh power play, Lundqvist made a brilliant save on Evgeni Malkin. Lundqvist also was fortunate that Nick Spaling's deflection that got through the goalie trickled wide.

Fleury was just as strong at the other end after the early goal. He stuck out his glove to thwart a deflection by J.T. Miller that was ticketed for the net.

Both goalies kept up the stinginess in the second period. Whether it was Fleury denying Derick Brassard on successive shots, then making two saves while down on the ice, or Lundqvist making outstanding stops against Paul Martin, Brian Dumoulin and Patrick Hornqvist , the session belonged to the netminders.

Until Spaling tied it on a weird goal. Sidney Crosby centered from the side of the net and the puck bounced in the air with traffic in the crease. It went in off Spaling's arm, making it 1-1.

Crosby, who drew a penalty - and the Garden fans' ire - when he flopped over behind the net while trying to work the puck loose from Dan Girardi, hit the right goal post on that power play. Crosby was loudly booed the rest of the night whenever he touched the puck.

Moments later, it was the Rangers' turn to hit iron when Miller's steal led to his shot caroming off the crossbar. Then Boyle was robbed by Fleury's pad on a backhander before missing an unguarded net off Miller's feed seconds later.

And it was on to overtime.

Notes: Rangers F Mats Zuccarello left in the first period with an undisclosed injury. He appeared woozy as he slowly skated to the bench. ... Pittsburgh was 2 for 13 on power plays in the series, the Rangers went 3 for 20.