AP
By Will Weissert 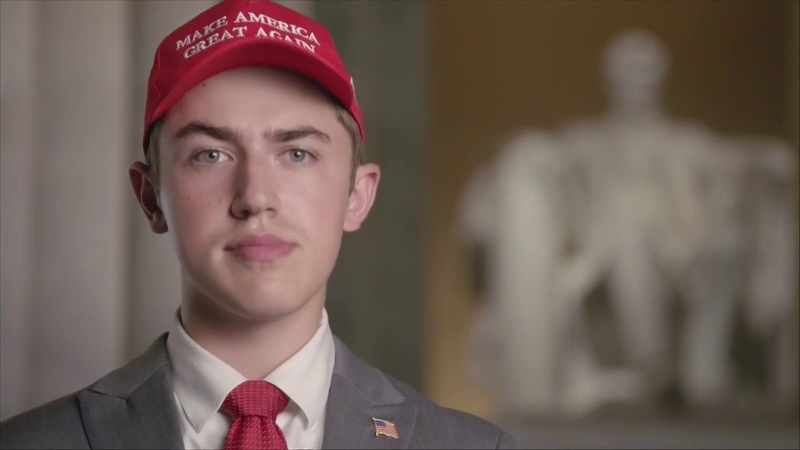 WASHINGTON -- A Kentucky teenager known for video of his interaction with a Native American man during dueling demonstrations at the Lincoln Memorial says the country must unite around a president "who calls the media out."

Nicholas Sandmann assailed the media on Tuesday during the second night of the Republican National Convention, and contended that no one has been a victim of unfair media coverage more than President Donald Trump.

Sandmann asserted that the simple act of wearing a "Make America Great Again" cap made him the target of network and cable news networks.

Sandmann was among the students from Covington Catholic High School in Park Hills, participating in an anti-abortion march in Washington in January 2019. Footage of his interaction with Nathan Phillips, who was participating in a separate demonstration supporting Native American rights, spread widely online.

Sandmann later settled lawsuits against CNN and other media outlets. He was featured along with first lady Melania Trump and Secretary of State Mike Pompeo as the convention focuses on many hot-button issues, including abortion and Middle East policy, and portrays Democratic presidential nominee Joe Biden as too extreme to win November's election.
"We need to keep talking about Joe Biden's radical policies," Trump reelection campaign manager Bill Stepien said during an online interview with Politico on Tuesday. "The more we talk about the Democrat policies being pushed by Joe Biden and the radical fringe of his party, the better we are. The more our standing improves in this race."

But the appearance of Sandmann and guests like Mark and Patricia McCloskey - the white couple facing felony charges for waving guns during a recent Black Lives Matter protest in St. Louis - also counter the everyday Americans who spoke via the internet during last week's Democratic National Convention.

Mark and Patricia McCloskey, a white St. Louis couple criminally charged for waving guns during a Black Lives Matter protest outside their home, made their case in their opening night speech of the Republican National Convention.