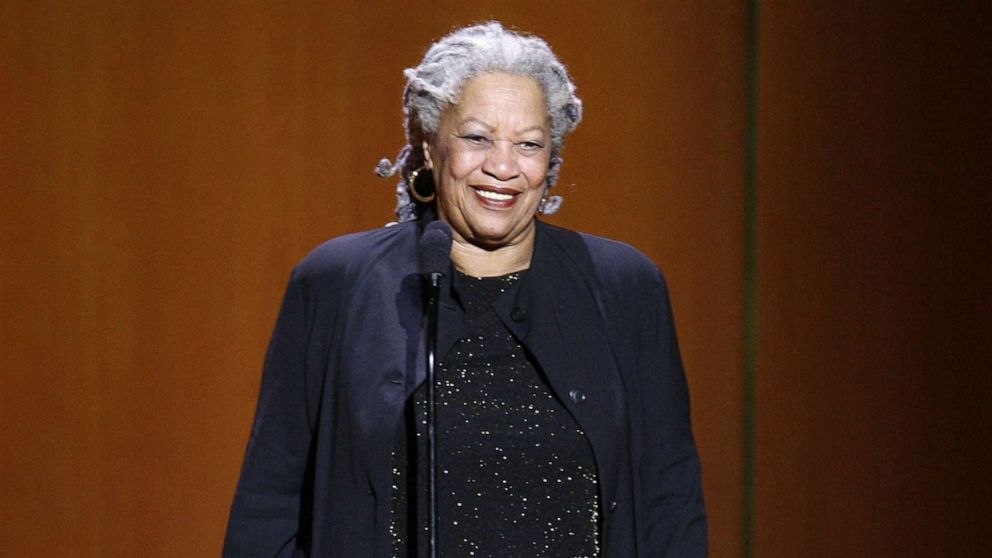 Toni Morrison, the renowned author best known for the Pulitzer Prize-winning novel "Beloved" and for being the first African American woman to win the Nobel Prize in Literature, died Monday night, her publicist and family confirmed Tuesday.

Morrison had been at the Montefiore Medical Center in New York at the time of her death, according to her publicist. She was 88.

The cause of death was not immediately clear, but her family said she had "a short illness."

"She was an extremely devoted mother, grandmother, and aunt who reveled in being with her family and friends," the Morrison family said in a statement. "The consummate writer who treasured the written word, whether her own, her students or others, she read voraciously and was most at home when writing. Although her passing represents a tremendous loss, we are grateful she had a long, well lived life."

"While we would like to thank everyone who knew and loved her, personally or through her work, for their support at this difficult time, we ask for privacy as we mourn this loss to our family. We will share information in the near future about how we will celebrate Toni's incredible life," the statement added.

Morrison's decades-long writing career spanned from 1970 to 2019, including treasured novels "The Bluest Eye" and "Song of Solomon." Her work delved into the black experience in America, specifically that of black women in the country.

In "Beloved," readers were introduced to Sethe, a woman haunted by the memories and trauma from her life as a slave, as well as by the ghost of her baby who she murdered to protect from slavery.

"Freeing yourself was one thing; claiming ownership of that freed self was another," Sethe says in the novel.

Among her plethora of accolades, she was awarded a Pulitzer Prize for Fiction in 1988 for "Beloved" and the Nobel Prize in Literature in 1993. Morrison was presented with the Presidential Medal of Freedom by former President Barack Obama in 2012.

"Toni Morrison was a national treasure, as good a storyteller, as captivating, in person as she was on the page," Obama wrote on Twitter on Tuesday. "Her writing was a beautiful, meaningful challenge to our conscience and our moral imagination. What a gift to breathe the same air as her, if only for a while."

Her longtime editor, Robert Gottlieb, remembered Morrison in a statement as both "a great woman and a great writer."

"And I don't know which I will miss more," he added.

After graduating from Howard University in 1953, Morrison went on to break ground as the first African American editor at Random House from 1967 to 1983, where she published work from black writers including Toni Cade Bambara, Angela Davis, Gayl Jones and Henry Dumas, among many others, according to the company.

Most recently, she was the subject of a new documentary, "Toni Morrison: The Pieces I Am." Filmmaker Timothy Greenfield-Sanders spoke with Morrison on her legacy and impact on future writers beyond what she left on paper for readers.

She has famously said over the years she wants to be remembered as "trustworthy."

"The interviewer asked, 'How would you like to be remembered?' I said I would like to be remembered as trustworthy; as generous," Morrison told Essence in April 2015, remembering an interview in London. "One of the girls up in the balcony said, 'What are you talking about? You are a famous writer and you want to be remembered as trustworthy?' She was furious. And I realized she was thinking about my public self and I was thinking about how I wanted my family to remember me. That other thing is all well and good. But there is Toni Morrison and there is Chloe [Morrison's birth name]. Chloe is not interested in those things."
Report a correction or typo
Related topics:
abc newsnational
Copyright © 2021 ABC News Internet Ventures.
TOP STORIES
State of Emergency issued in NY to help boost hospital capacity
Broadway legend Stephen Sondheim dies at 91
Man fatally stabbed in lobby of Brooklyn apartment building
Second NYPD officer shot by suspect released from hospital
New omicron variant stokes world fears, triggers travel bans
Stocks fall sharply on new COVID variant; Dow has worst day of year
AccuWeather: Freezing winds and potential flurries
Show More
Massive fire causes home to collapse in New Jersey
Black Friday shoppers take advantage of deals across Tri-State
Family's beloved dog stolen from Long Island home
Photos released in fatal stabbing of 36 year old near Penn Station
Deodorant recalled due to cancer-causing chemical
More TOP STORIES News