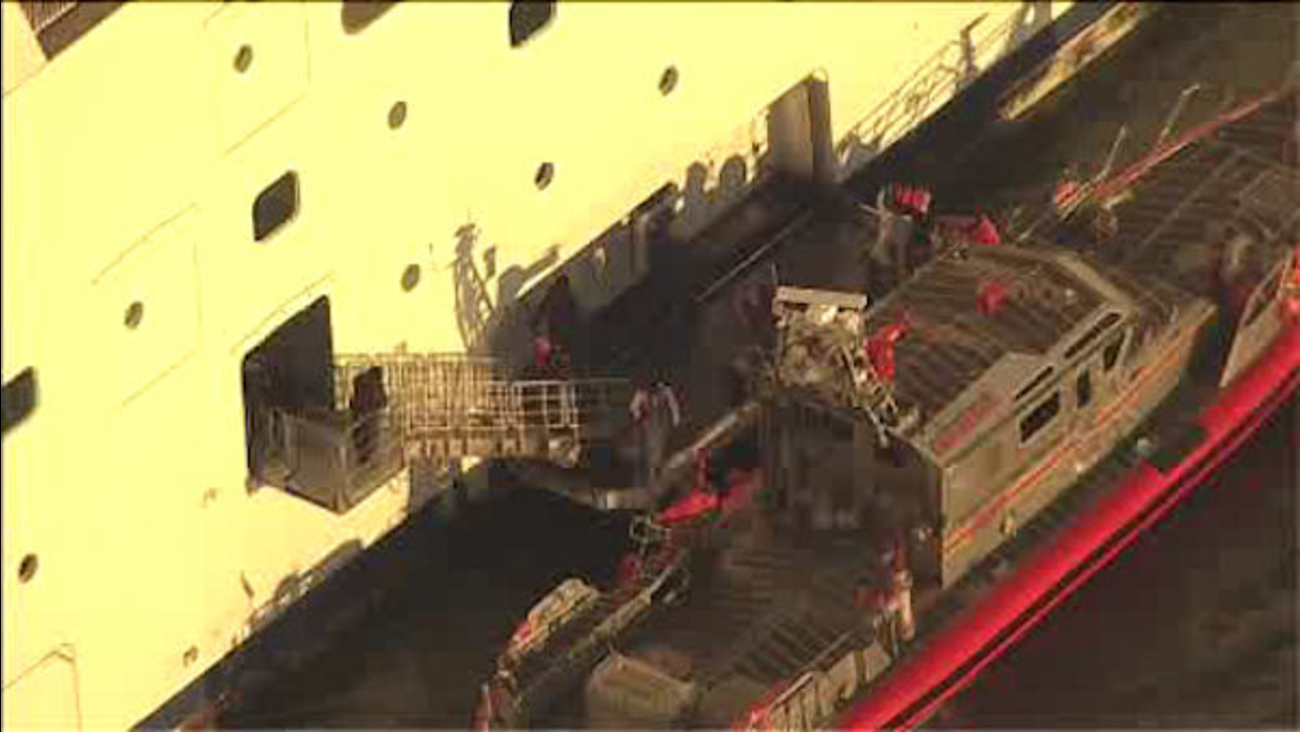 NEW YORK (WABC) -- A cruise ship had to return to New York Harbor Friday afternoon due to an injured passenger.

The FDNY got a call at 4:40 p.m. for an injured passenger on the Norwegian Gem.

A New York City official reported that the elderly man fell down some stairs on Deck 8 mid-ship.

Norwegian had said they had a guest with a medical condition who needed to be disembarked.

FDNY Marine 9 took firefighters and EMTs out to the cruise ship to get the man.

They brought him back to the Staten Island dock where Marine 9 is based out of. Medics treated the patient and took him to a local hospital.

The Norwegian Gem left at 4 p.m. Friday for a 10-day cruise to the Caribbean, with approximately 2,400 guests on board.

Passenger Kyle Desousa shot some YouTube video of the incident: