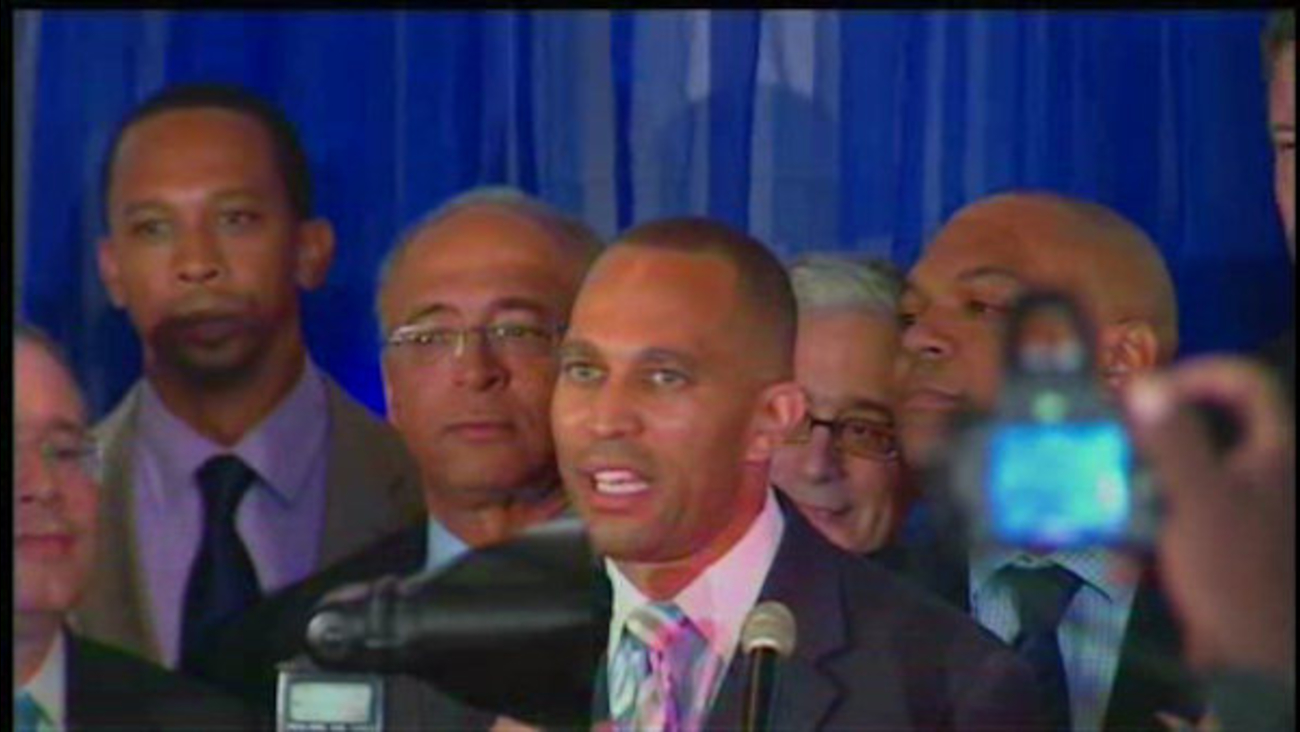 NEW YORK -- A New York congressman wants to make the use of chokeholds by police officers a federal crime.

Brooklyn Democrat Hakeem Jeffries said on Monday he's sponsoring a bill that would amend civil rights laws that deal with excessive force. The measure would define chokeholds as a deprivation of rights under the color of law.

Jeffries made the announcement outside New York Police Department headquarters. He was joined by the mother of Eric Garner, an unarmed man killed by a police chokehold last year on Staten Island.

The medical examiner classified Garner's videotaped death a homicide. But a grand jury declined to press charges against the officer.

Garner's death was one of several recent killings of black men or boys by white police officers across the nation. The killings have spurred sometimes violent demonstrations.