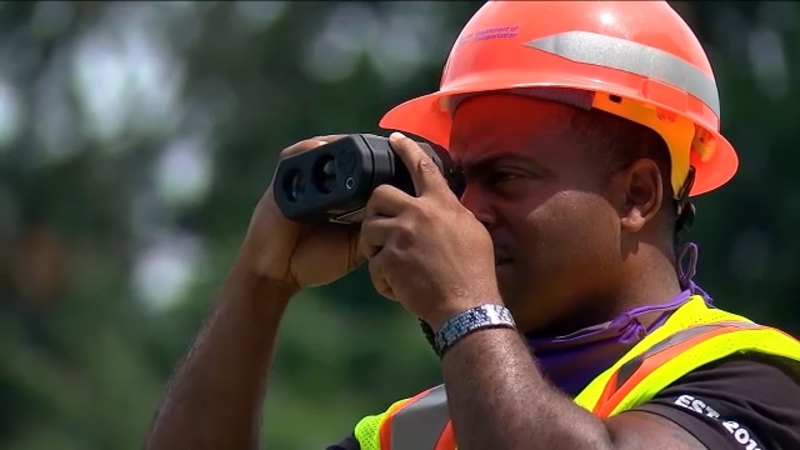 With more drivers returning to New York's roads as the state reopens from restrictions in place due to the coronavirus pandemic, State Police is stepping up enforcement near roadside construction projects.

State Police said many drivers are not adhering to New York's Move Over Law, which requires drivers to slow down and change lanes whenever they see lights, vests, or reflectors in order to give workers more room to work safely.

"There is danger on both sides of the orange cones; danger for the driver to potentially cause a crash and danger for the workers just doing their jobs," NYS DOT Long Island Transportation Director Margaret Conklin said.

"You see it coming and it's done. You hear the screech and that's it. There's no time to do anything. You have to pretty much anticiapate in advance what is going on. They're just going by so fast," Highway Supervisor Robert Helms said.

In response, an initiative called "Operation Hard Hat," which kicked off last year, restarted this month.

During the campaign, state troopers will be dressed as Department of Transportation workers and stationed at roadside construction sites where they will enforce and educate drivers on the law.

DOT worker Pat Mapleson was killed by a distracted driver while he was filling potholes on Sunrise Highway in 2006.

His daughter, Karen Torres, now speaks across the country, writes, and appears on television advocating the importance of safe driving near work zones and talking about the tragic loss of a loved one.

"The driver of that cement truck was carelessly negligent by taking his eyes off the road, veering off the road, running over and killing my father," Torres said. "Please slow down, pay attention, and move over their lives depend on it."