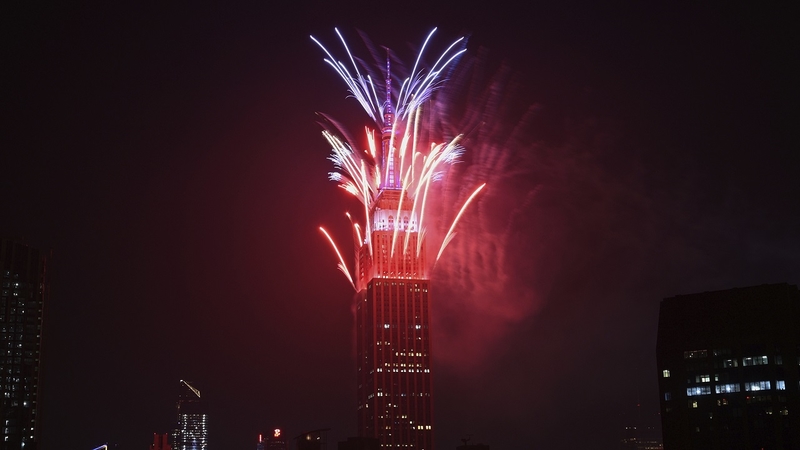 Monday night's show in Queens kicked off a series of 5-minute shows in each of the five boroughs throughout the week.

Monday night's show in Queens kicked off a series of 5-minute shows in each of the five boroughs throughout the week.

On Tuesday, the show could be seen from two locations: Lower Manhattan and northern Staten Island.

The Macy's fireworks on Tuesday night could be seen from Staten Island and Manhattan.

And on Wednesday, onlookers in Midtown Manhattan were treated to a show over Times Square.

For the third night of surprise shows across NYC, fireworks were shot off from the heart of Times Square.

On Thursday, the fireworks were shot off atop Bronx Borough Hall.

The locations each night were kept a secret to prevent big crowds from gathering to watch.

RELATED: Where to find fireworks and 4th of July events and what got canceled

"In re-imagining this year's show, the idea of bringing elements to many parts of our hometown resonated with our team and partners in the City of New York," said Susan Tercero, executive producer Macy's 4th of July Fireworks.

The smaller displays will now culminate with a grand finale at the Empire State Building on July 4, which will be televised.

"These past few months have been some of the most difficult in our city's history, and New Yorkers are looking for a break. This 4th of July Celebration with Macy's will give all New Yorkers a safe and exciting way to enjoy the holiday together, even when we are apart," Mayor de Blasio said.

The televised show will feature a "best of" the prerecorded fireworks from the previous five nights and then the grand finale, which will honor first responders and health care workers.

"I've never actually got to see the fireworks very well because it's always so crowded anyway, so it would be nice to see them randomly," Collins said.