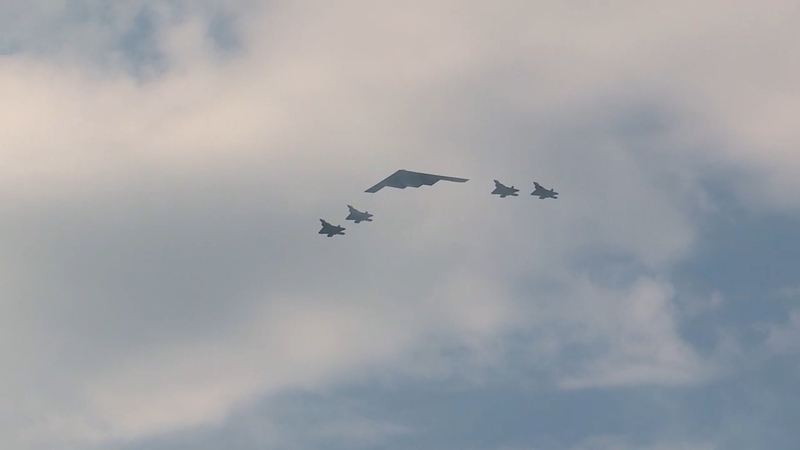 The aircraft flew from the north along the Hudson River, over the George Washington Bridge, south to the Statue of Liberty, and then towards the Verrazano Narrows Bridge.

The aircraft made their way their way down the eastern seaboard to participate in a separate flyover above the National Mall in Washington, D.C.

It's part of an event organized by the U.S. Dept. of the Interior called "Salute to the Great Cities of the American Revolution" and will also include flyovers above Boston, Philadelphia, and Baltimore.

The U.S. Department of Defense said the flyovers provide an opportunity for the department to demonstrate the capabilities and professionalism of the United States Armed Forces.