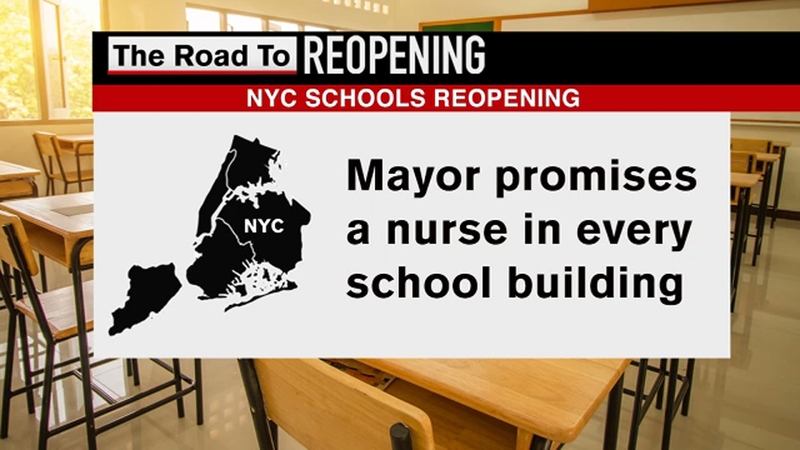 NYC public schools to have nurses, but no delayed reopening

NEW YORK CITY (WABC) -- In response to teachers and principals across New York City asking the education department to delay the start of in-person learning, Mayor Bill de Blasio announced on Thursday that every school building would have a certified nurse.