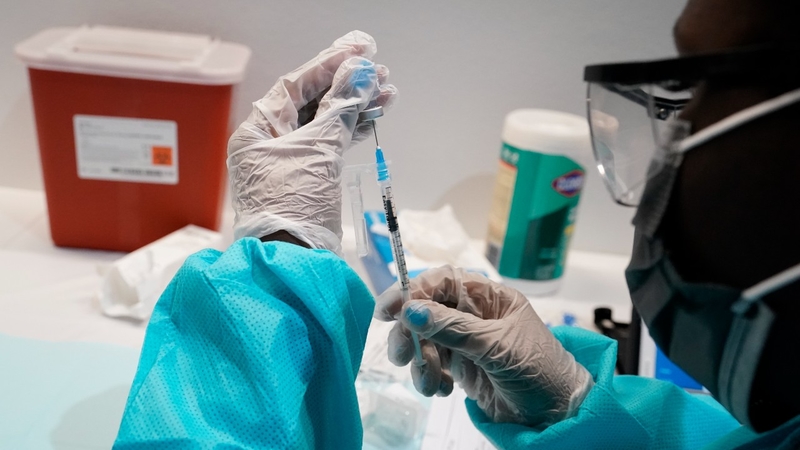 NEW YORK CITY (WABC) -- New York City announced a COVID-19 vaccine mandate for all police officers, firefighters and city workers in an effort to boost lagging numbers in those agencies.

Workers must get their first shot by Friday, October 29, and starting Wednesday, city employees will receive an extra $500 in their paycheck for getting vaccinated at a city-run vaccination site.

The hope is this mandate inspires people to get their shots, but there could be serious consequences if it doesn't.

Several of the key agencies are hovering around a 60% vaccination rate, and many of these departments are already dealing with staffing issues.

The medical examiner's office in Sarasota has been called to the preserve where the search for Brian Laundrie is underway, ABC News has learned.

He believes a mandate shows little appreciation for their dedication during the pandemic, and he warns that winter is coming and streets will need to be plowed.

Among police, 30% are still not vaccinated, nearly 11,000 officers who will go on unpaid leave if they refuse.

NYCHA could lose over 5,000 employees and the Department of Social Services more than 3,700.

As for the Department of Corrections, they are already dealing with severe staffing shortages and sick calls that have led to conditions at Rikers Island that many lawmakers are calling horrific.

Mayor Bill de Blasio, however, predicted "a lot of people go and just get vaccinated and continue working," citing what happened after mandates took effect for public school employees and healthcare workers.

He doesn't think the mandate will lead to staffing shortages, and he believes the $500 cash incentive will help.

"We had many, many people have real valid concerns about schools, about hospitals, for a period of days," he said. "In each case, there was tremendous concern, whether it be, you know, thousands upon thousands of people not showing up. And in both cases, we saw overwhelming compliance. Now you can say, well, this is a different workforce. Yes, but in the end, people go to work out of a combination of believing in what they're doing and also wanting to get paid."

Still, he said contingency plans are in place.

"We've been through this in great detail with the different agency leaders, obviously, we'll use overtime when we need to use overtime," he said. "We'll do redeployments when we need to do redeployments. We have a variety of ways we can adjust the use of the workforce. We feel confident that even if there's some temporary dynamic of some people not being ready right away, that we're going to find our way through it."

De Blasio said he also expects the city will win any court challenges.

"I don't anticipate legal issues," he said. "I've had this conversation with our corporation counsel many times. We have seen uniformly courts agree and support vaccine mandates by governments, certainly by this government. State courts, federal courts, multiple reviews, every time came back the same way. The mandates were an appropriate way to protect employees and the people they serve."

The pushback from unions has been fierce, though the city will begin impact bargaining with affected unions immediately.

"From the beginning of the de Blasio administration's haphazard vaccine rollout, we have fought to make the vaccine available to every member who chooses it, while also protecting their right to make that personal medical decision in consultation with their own doctor," PBA President Pat Lynch said. "Now that the city has moved to unilaterally impose a mandate, we will proceed with legal action to protect our members' rights."