NYC voter stories: Who they're voting for and why 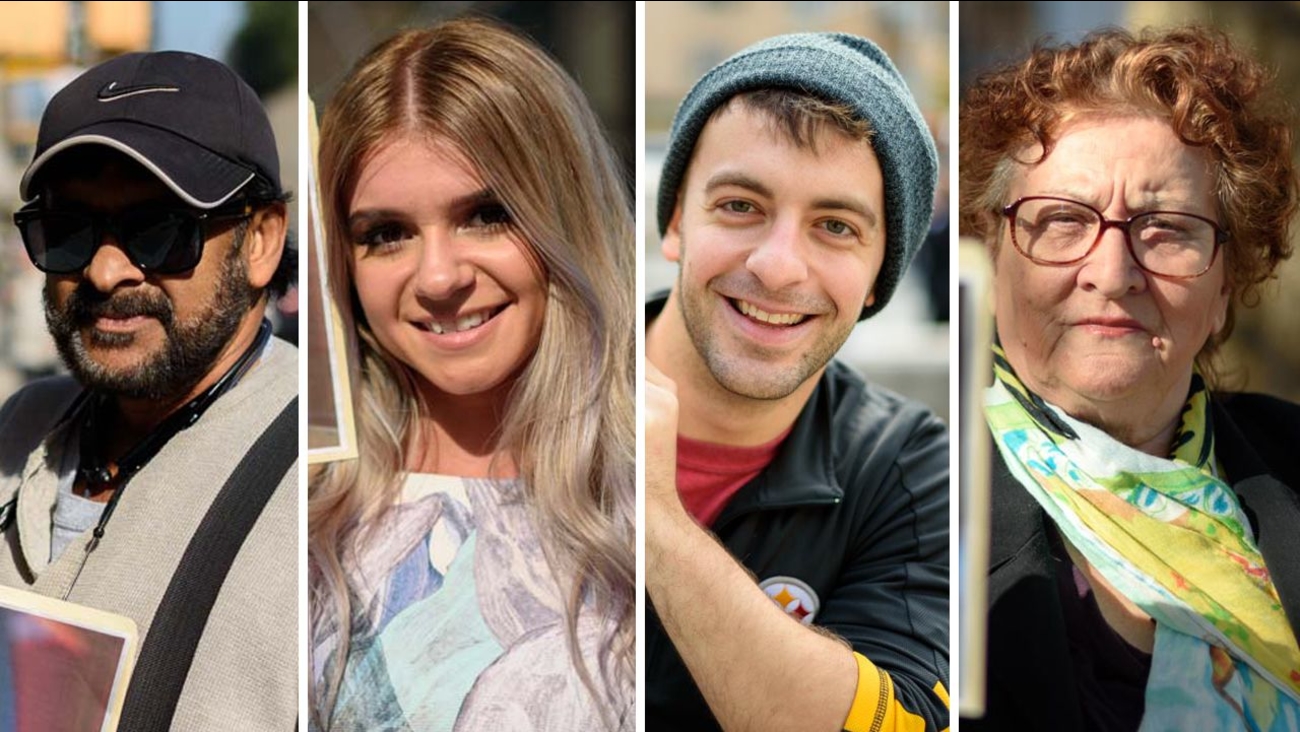 We asked people on the streets of Manhattan who they were voting for in the presidential election and why. Check out their stories below. 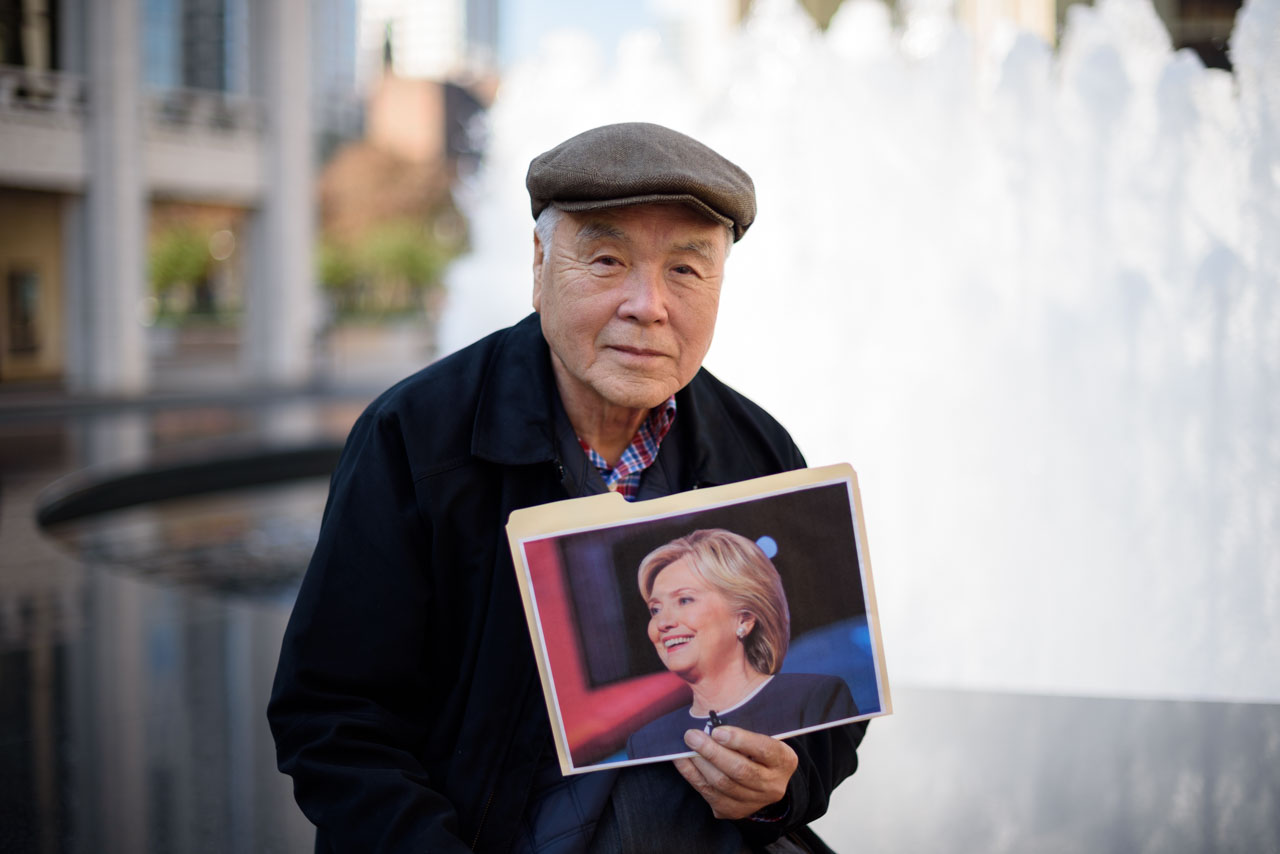 "It's very disturbing. (I'm) very, very concerned the way Mr. Trump's camp is running this campaign -- just below the standard American culture and integrity. I don't understand. But the Republican party had this coming for some time. She is better qualified -- far better qualified. She's ready, she's a woman. There's a distinction. There's every reason for me to vote for her."
---------------------- 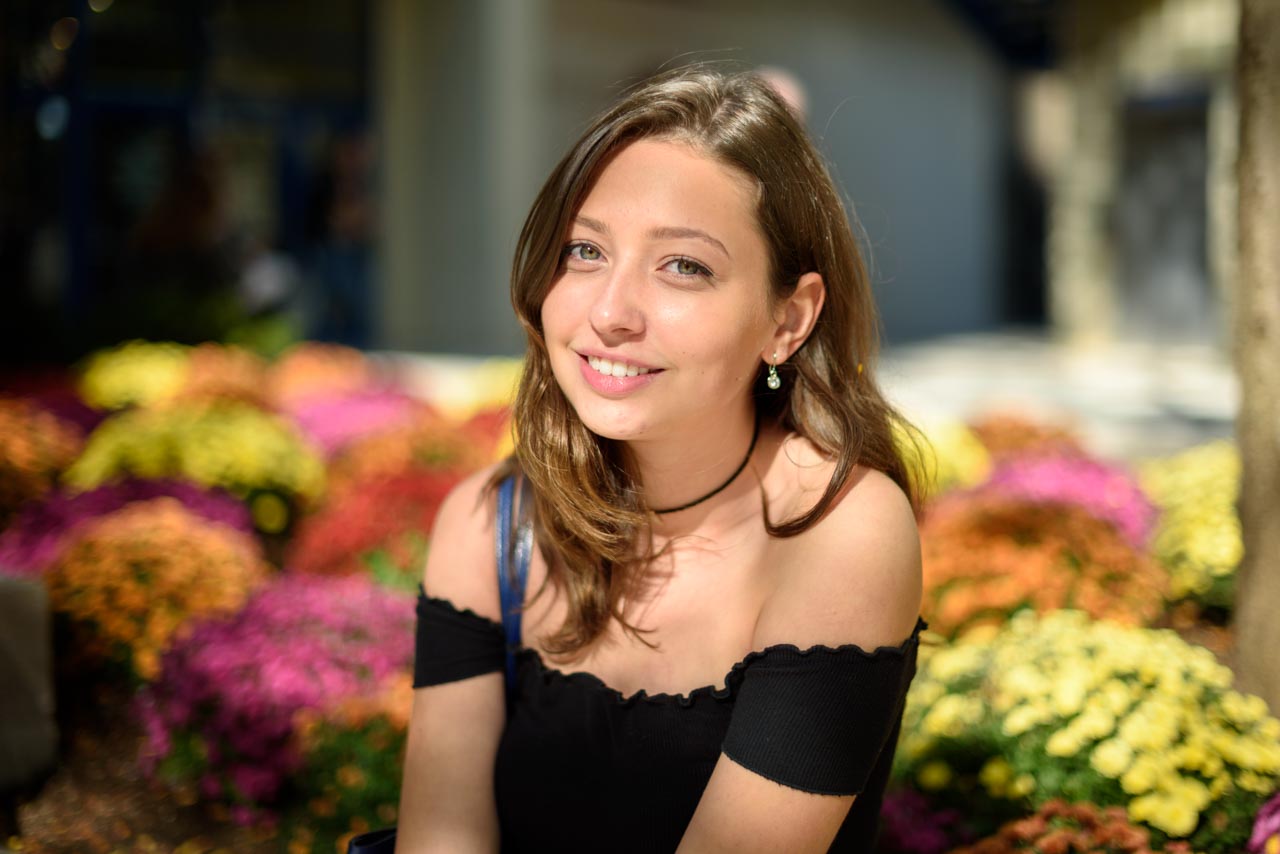 "I think that both candidates are not good at all. Right? So this is very crucial who we vote for in this election particularly. I'm going to vote for the lesser of two evils. I'm just going to decide, it's going to be fine. I think we're screwed no matter what, to be honest with you. One's a criminal and one's a racist."
---------------------- 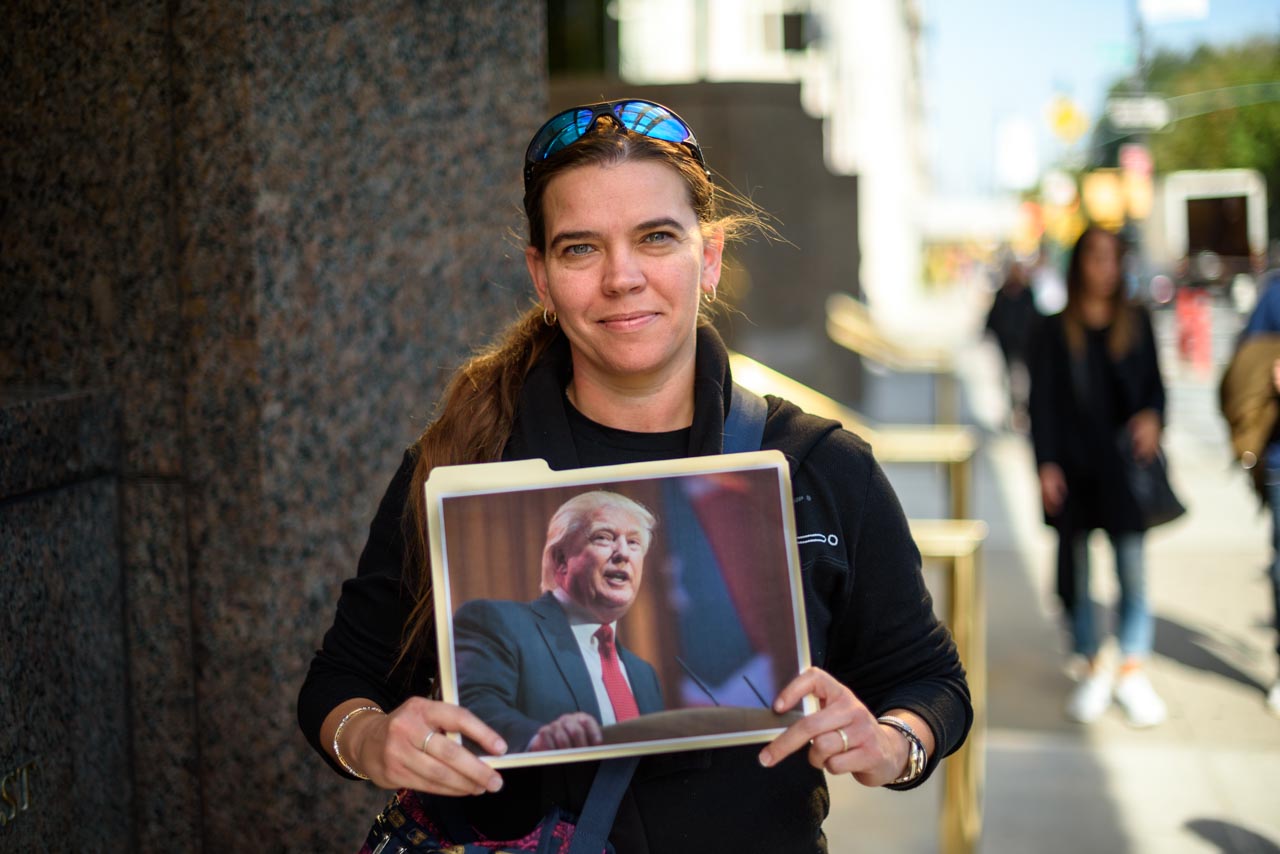 "I feel like Mr. Trump, first of all, he's an American self-made businessman that has been quintessentially the American dream. I feel like his policies are such that he can actually implement those policies, being someone from the outside wanting to come into the inside of the political arena in the United States. Not a lot of people want to do that, that are self-made. Him putting himself out there like that says a lot about the love of his country, that he keeps saying he cares about his country. When I see him, I feel like he is presidential, even now just being a candidate. I feel like Hillary Clinton is someone who is coming from the back, saying 'please pick me, I've been here, I can do this,' and I feel like she's coming across as being desperate right now."
---------------------- 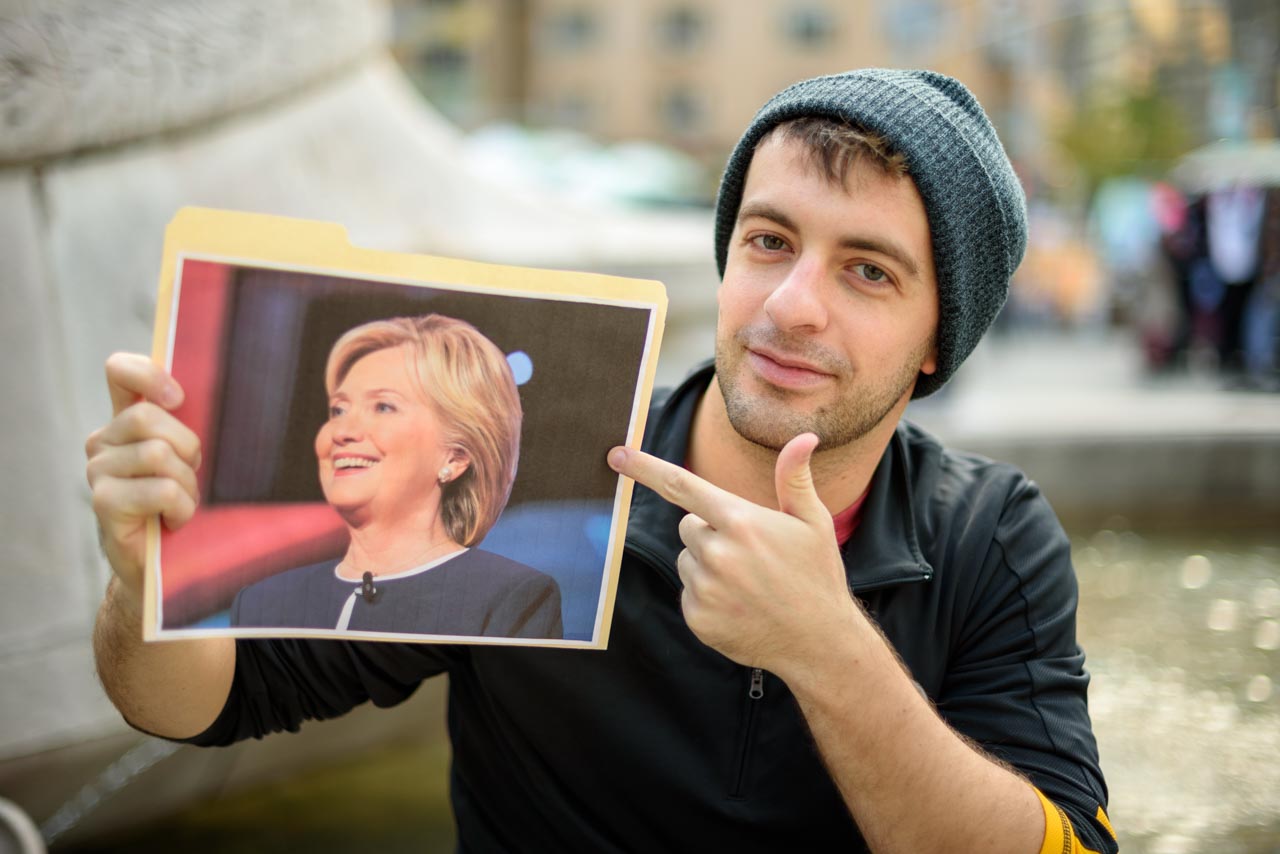 "I'm voting for Hillary Clinton because I align with her on all of the social issues - women's rights, gay rights, equality and human decency. I think with Trump, for me, it goes beyond policy and it just comes down to human decency and what kind of person you are. I wouldn't be comfortable with someone of his personality being our representation of Americans around the world."
---------------------- 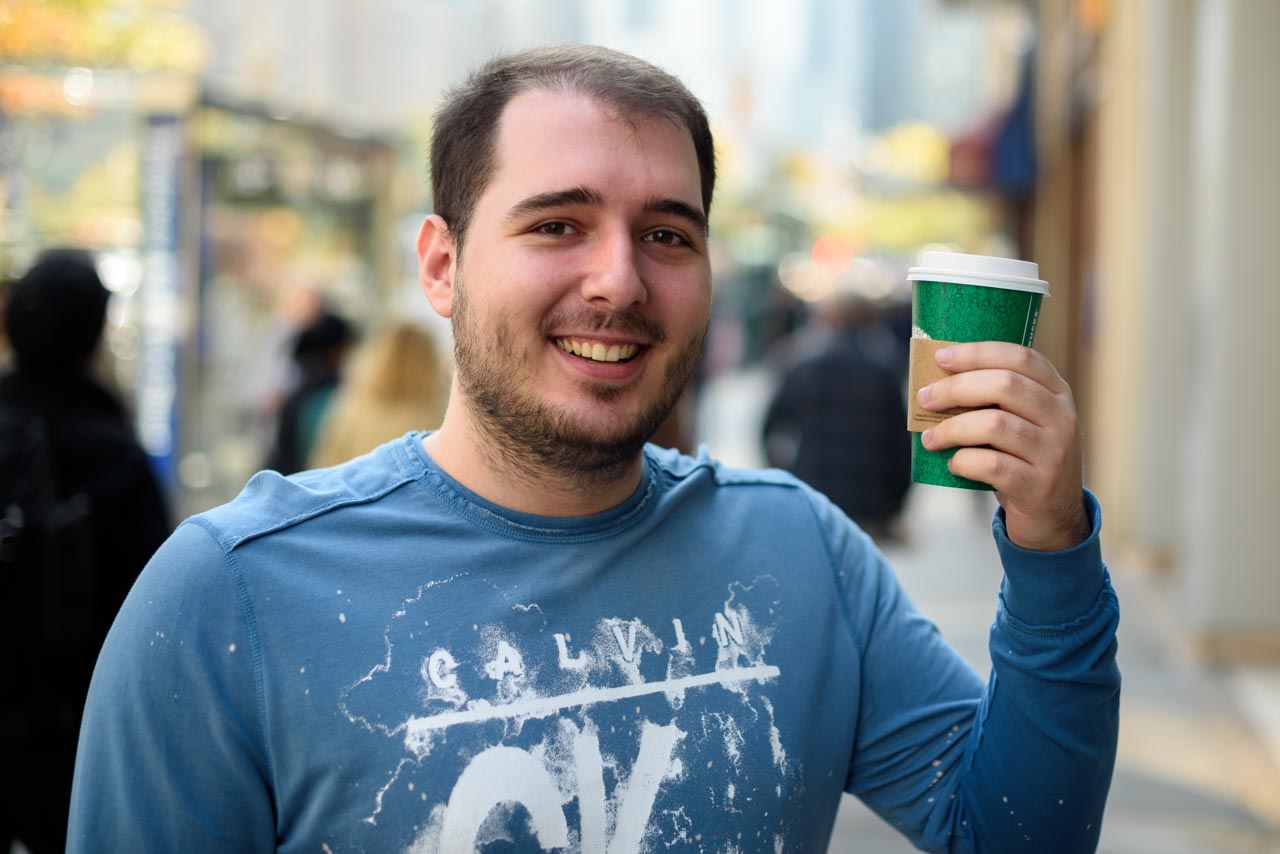 "I feel like she aligns with just my actual personal beliefs most closely. I think Donald Trump is not a fit candidate, but I also believe that Hillary Clinton is also just as unfit. (Jill Stein) is the most logical choice for me."
---------------------- 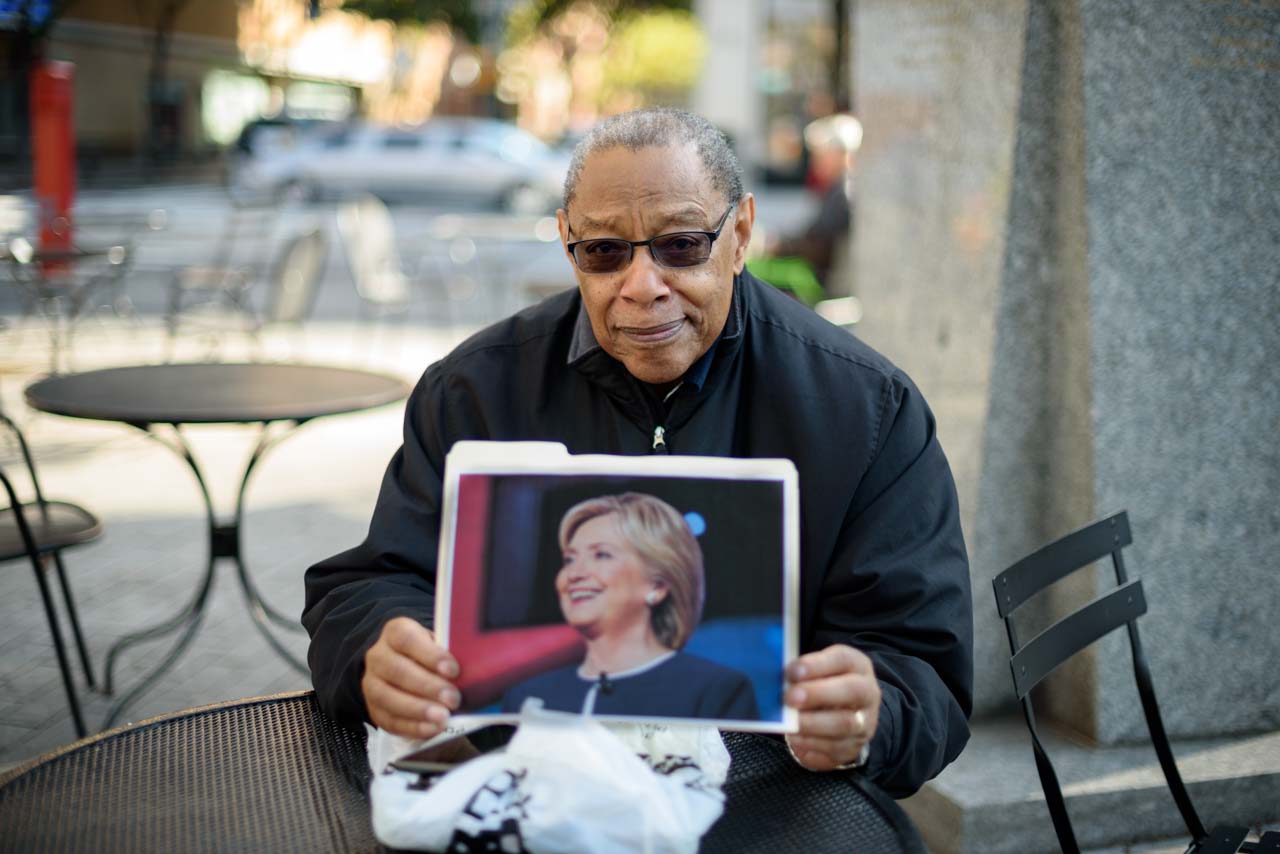 "I think they're both flawed, but I think Hillary is more of the person who can lead us through an international crisis and economic (issues). I don't particularly care for the other candidate, because he's so negative of people. So I'm voting for Hillary."
---------------------- 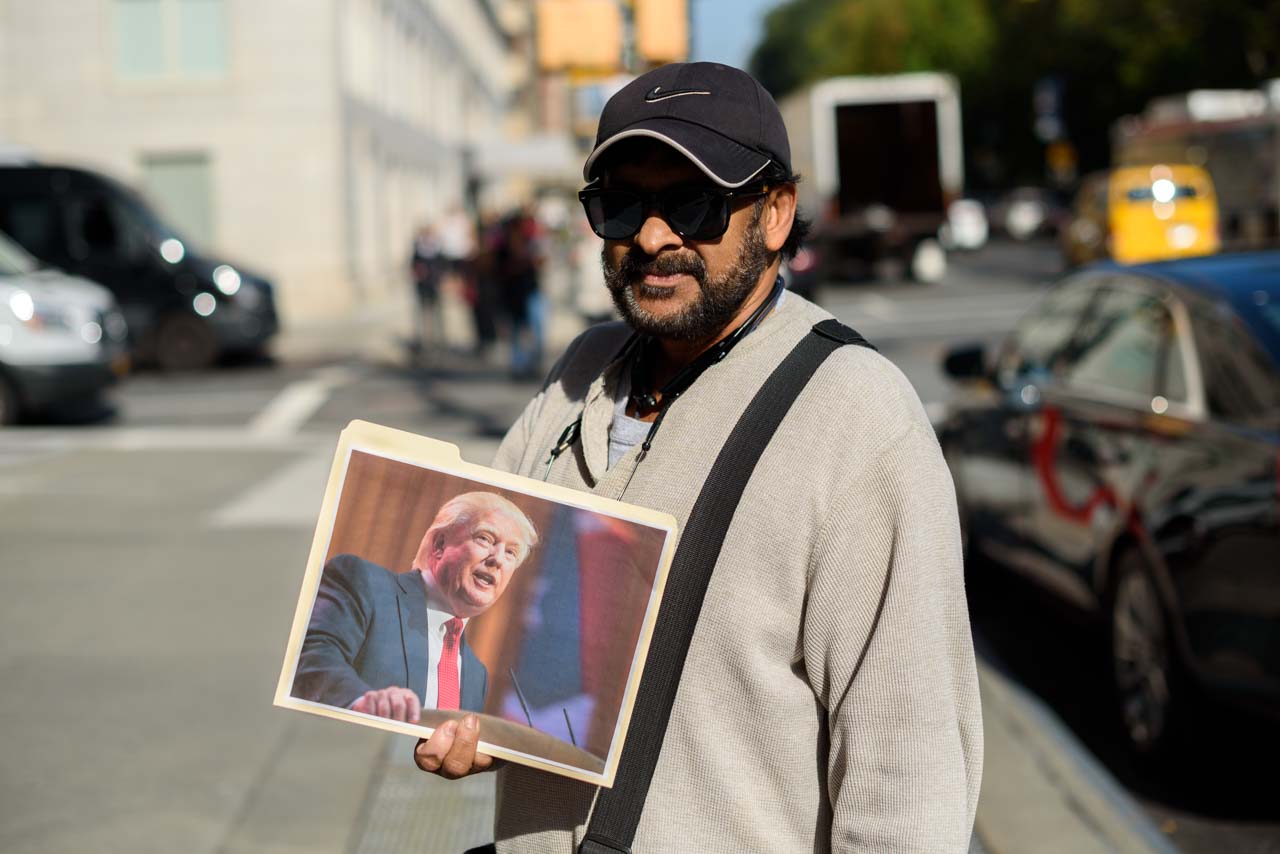 "I'm voting for Donald Trump because I believe what he says. He's honest, he's trustworthy and above all he wants to do the things he's saying to me. It makes sense that the system is broken, it's rigged. I see Trump as a leader. Here is why: He might be blunt in the way he talks, but that is a hallmark of a good businessman. This country does not need a politician to run it, it's the management of a nation. It is all managerial skills that are required and he's proven that he is a leader and that he is a manager."
---------------------- 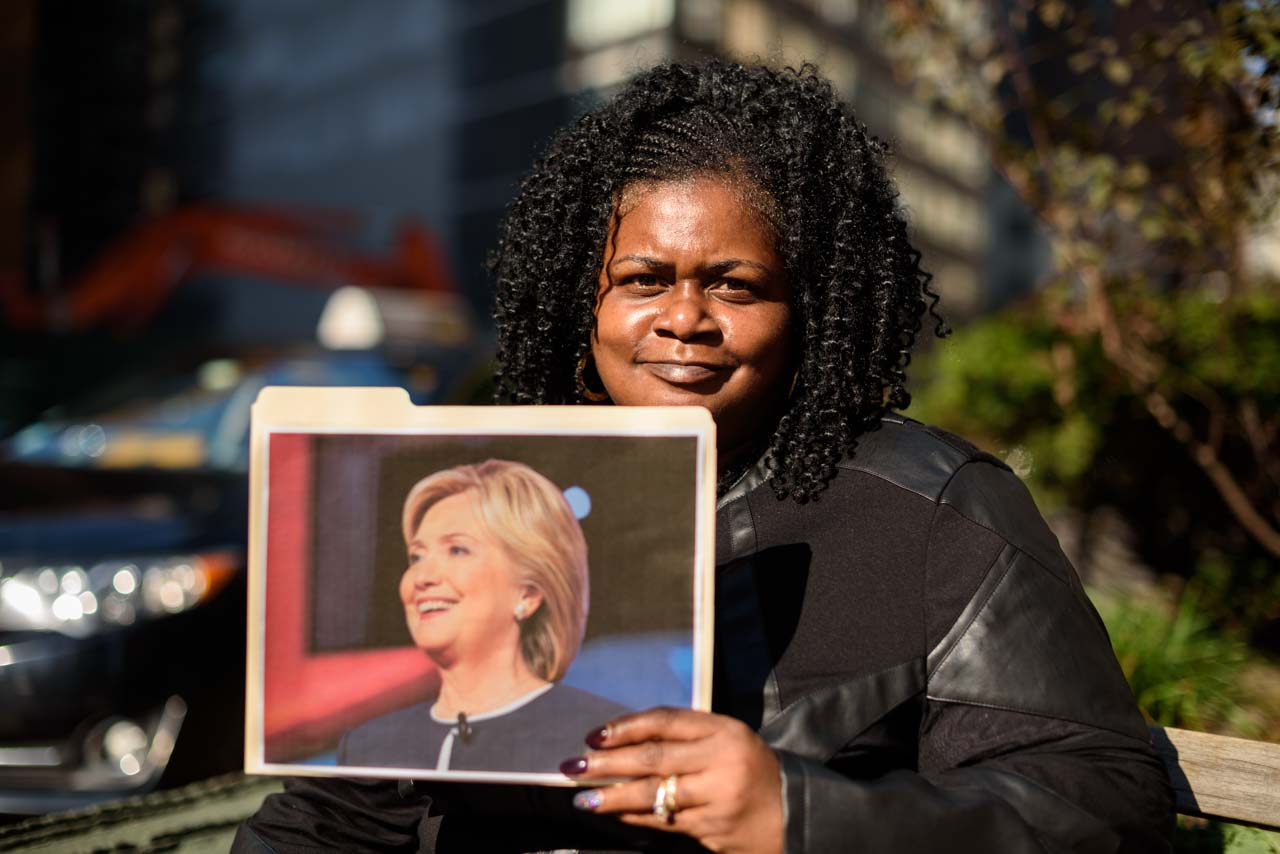 "I picked Hillary Clinton because she has a lot of political experience, and Donald Trump seems like he's going to divide the nation. I really think people need to be stronger together, because there are so many different nationalities that live in this country. His message is really about hate and dividing the people, which is not good for us to have a better future."
---------------------- 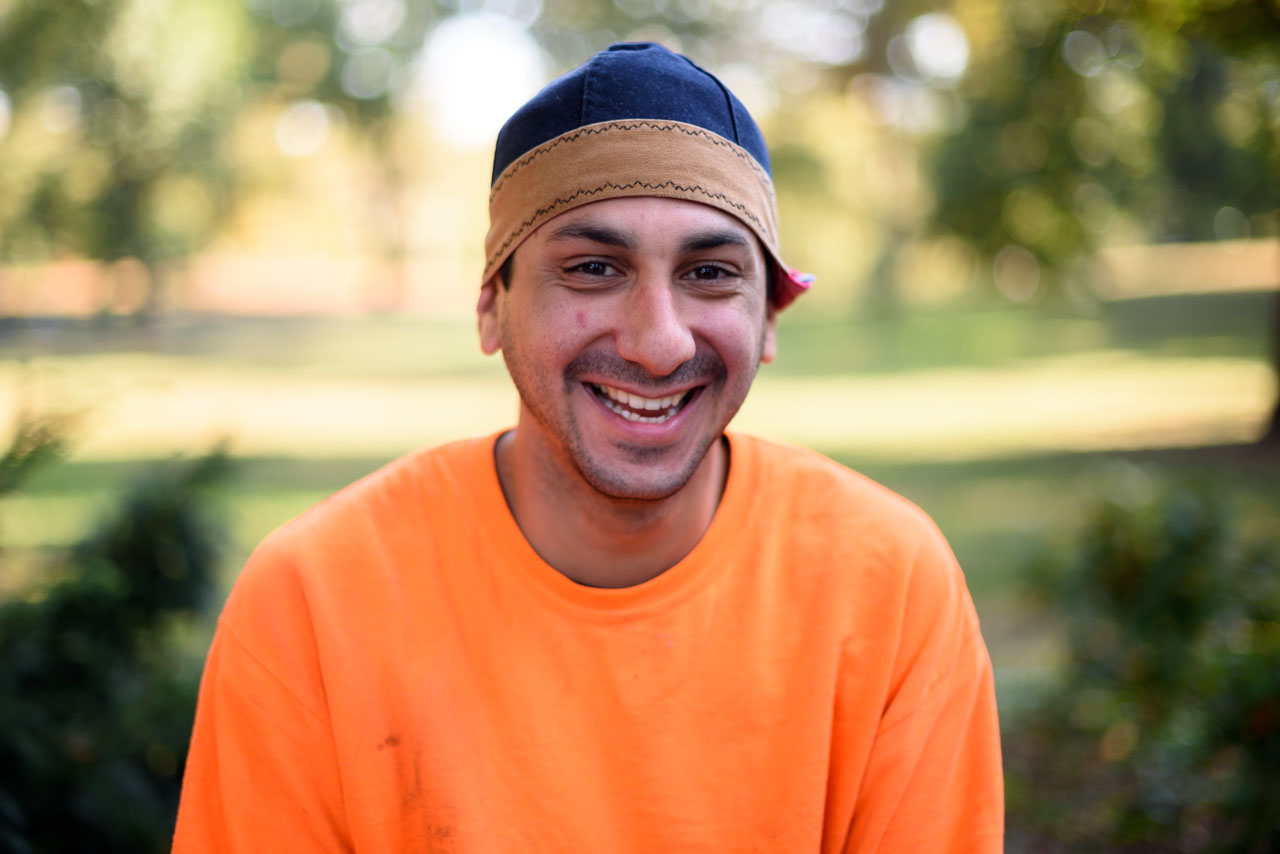 "I don't know what the deciding factor is. I don't feel like I can trust any one of them more than the other. There are so many bad points to the both of them - bad track records, bad employee relations on the one side and obviously the email thing on the other side. I just don't feel better about either one of them. It will probably be a game-time decision, certainly."
---------------------- 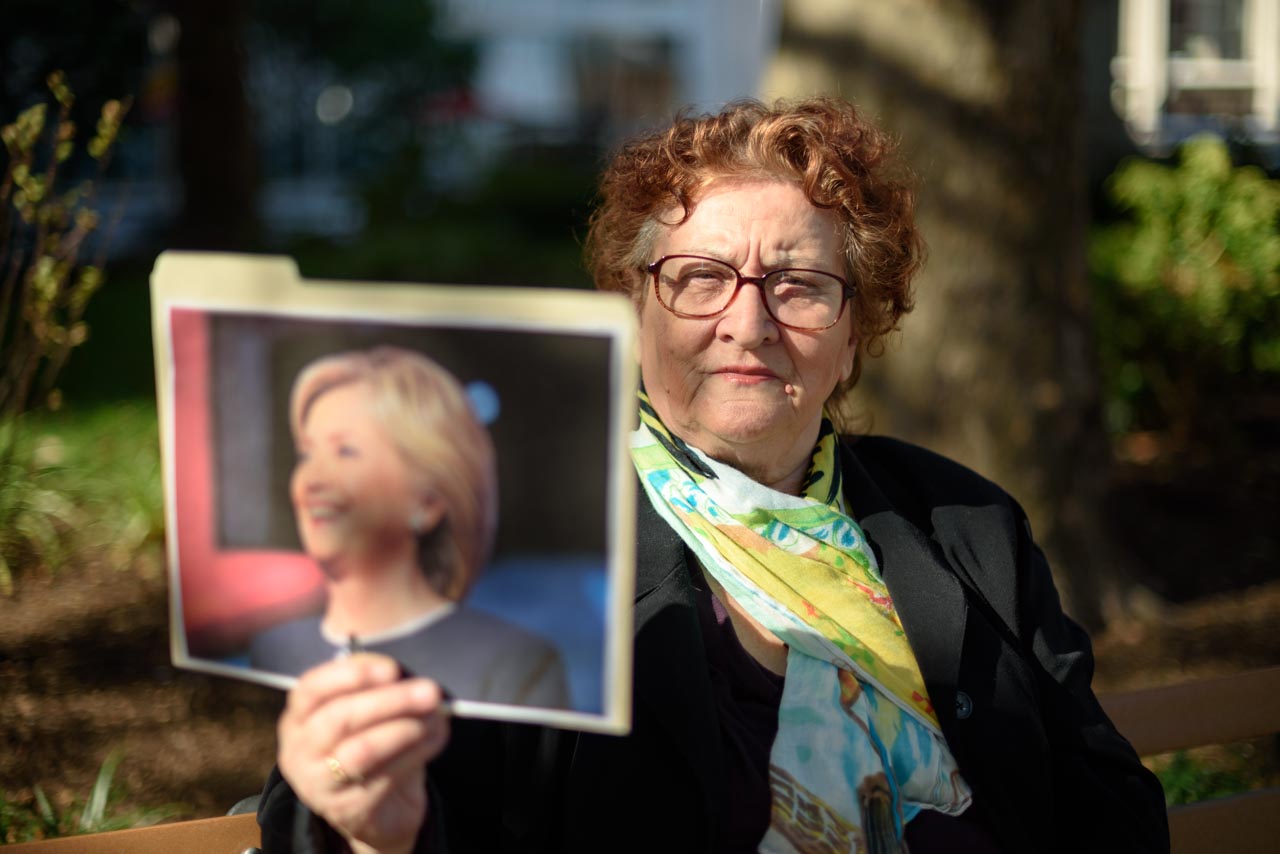 "I like Hillary Clinton because she's a woman, first. Second, is 8 years as secretary of state. She is a good politician woman. I like her because her husband helped people - Balkan people, Kosovo, Bosnia, everybody. And don't forget her sacrifice for her family, because working for people is blessed for God."
---------------------- 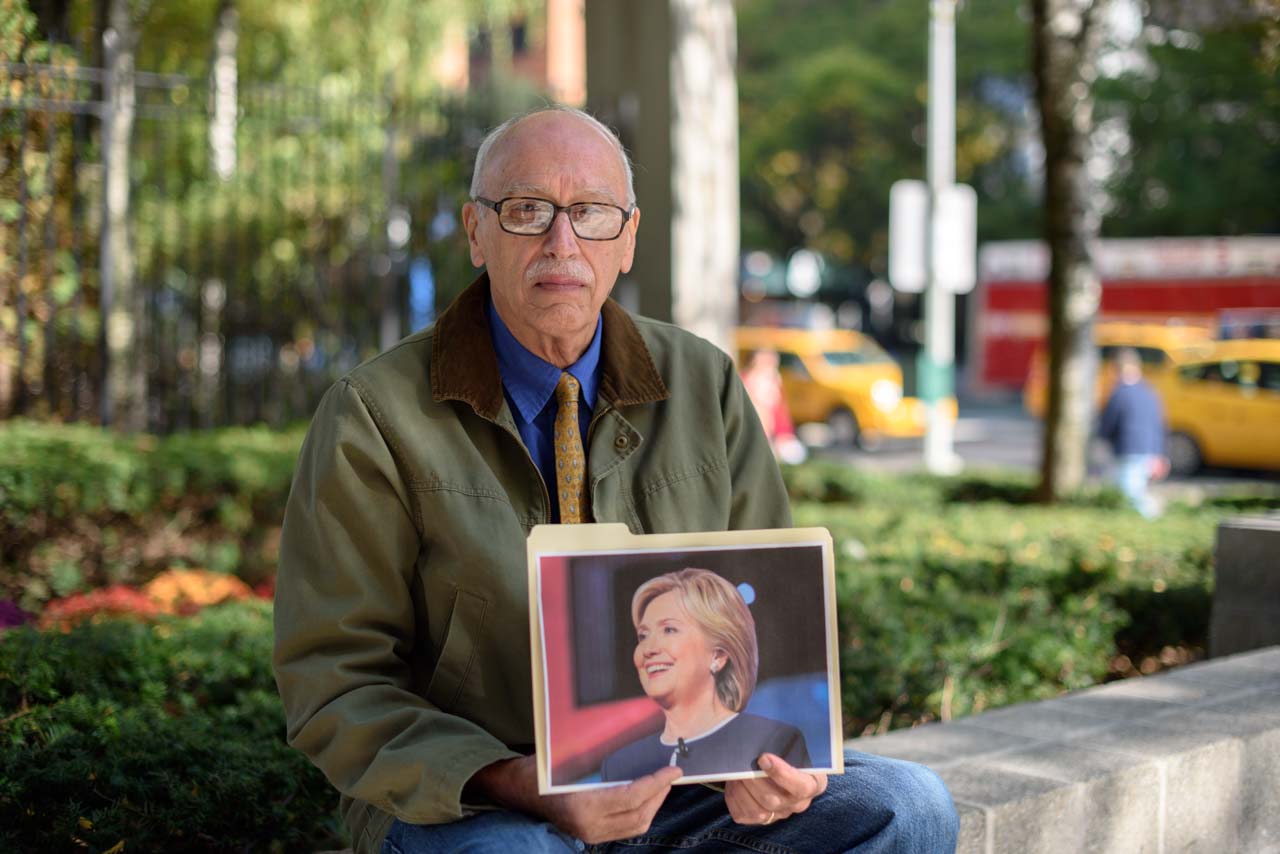 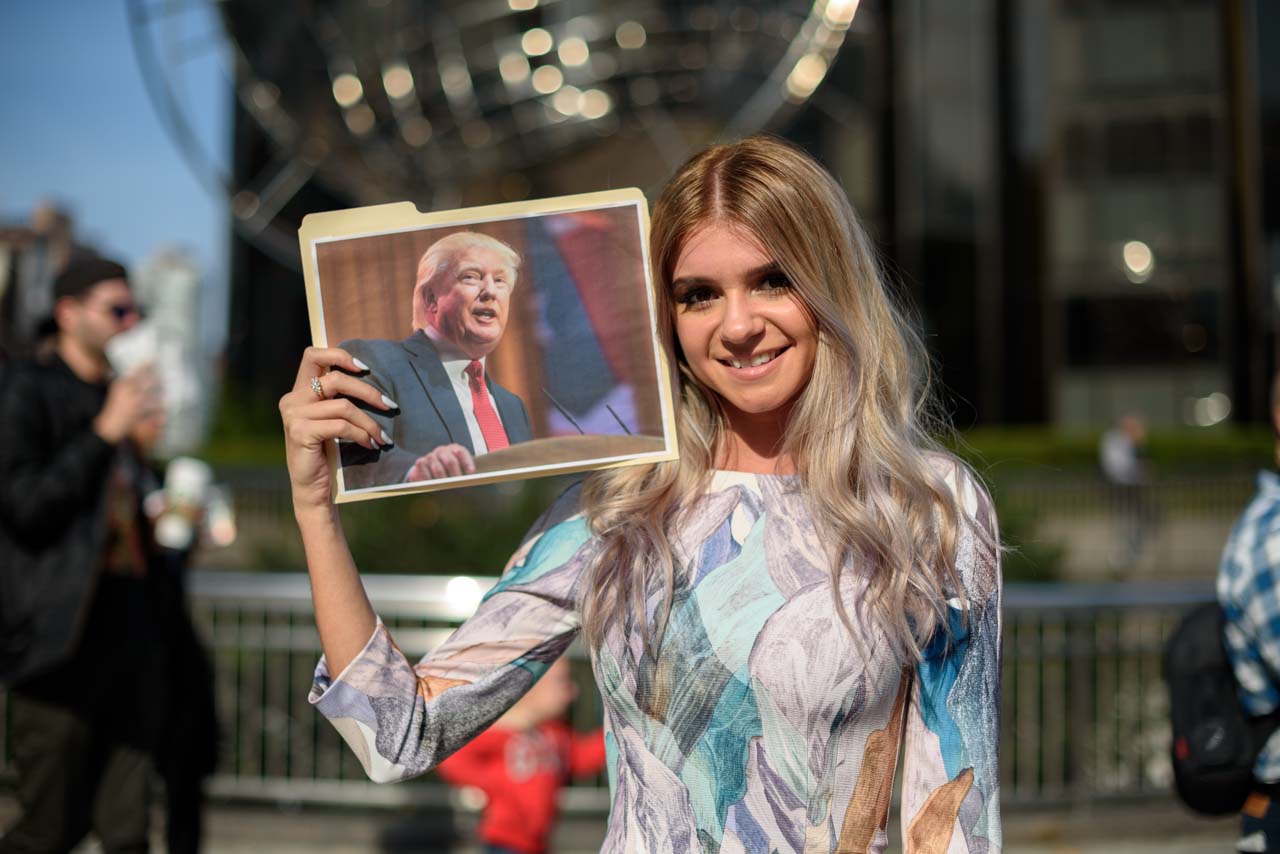 "Mainly because I'm Republican, and because I believe in the independent kind of fundamental Republican values, opposed to the Democratic more liberal views. I'd rather (it be) someone more conservative, and I believe Donald Trump is that person. His business perspective, I think, is something we can really use sort of in our system. That sort of mindset can really help us out with a lot of the issues that we have currently."
---------------------- 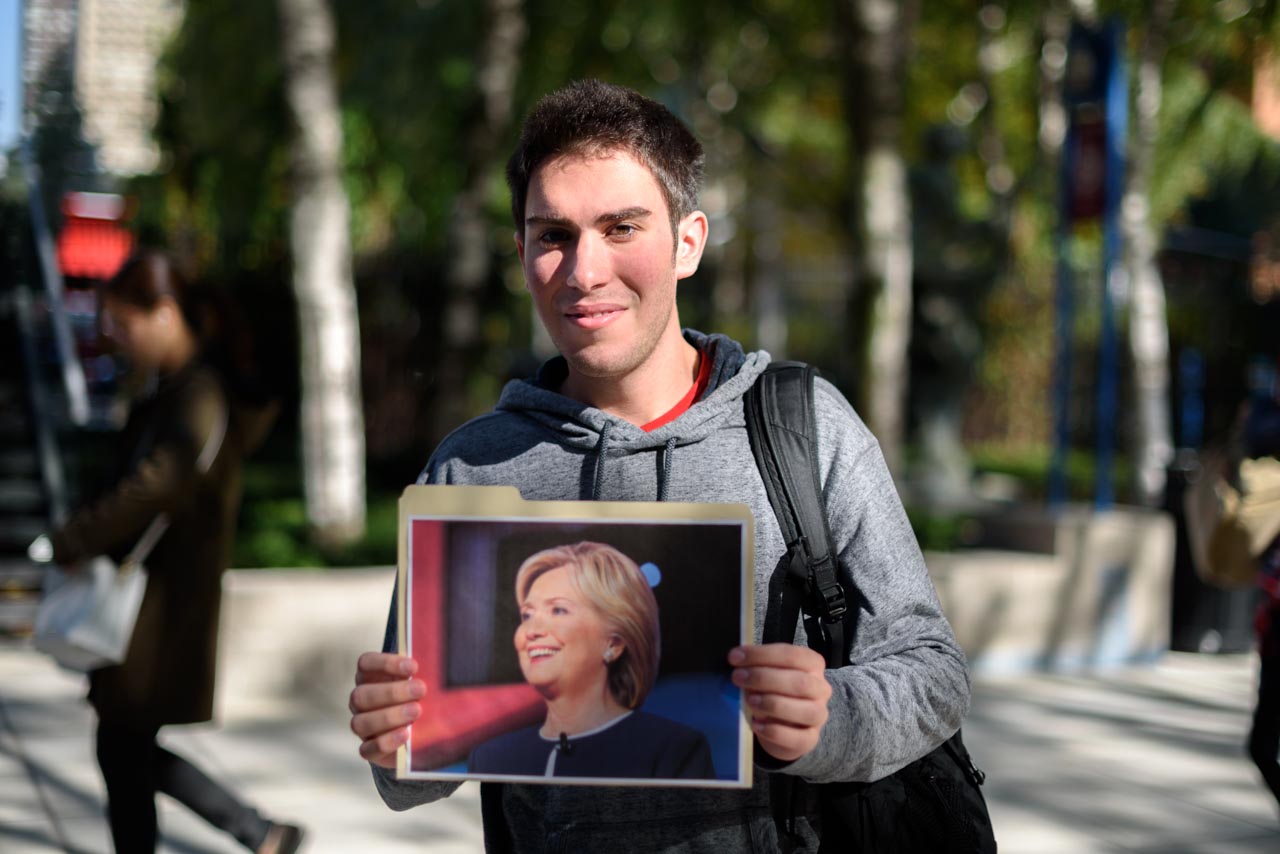 "Initially, I was a little underwhelmed, but I do think it will do this country some good to finally have a woman president. I think it marks an important milestone in our history. I also tend to agree with her economic policies. I've always just leaned to the left a little bit - Social Security, invest in education, LGBT rights, all of that kind of stuff."
---------------------- 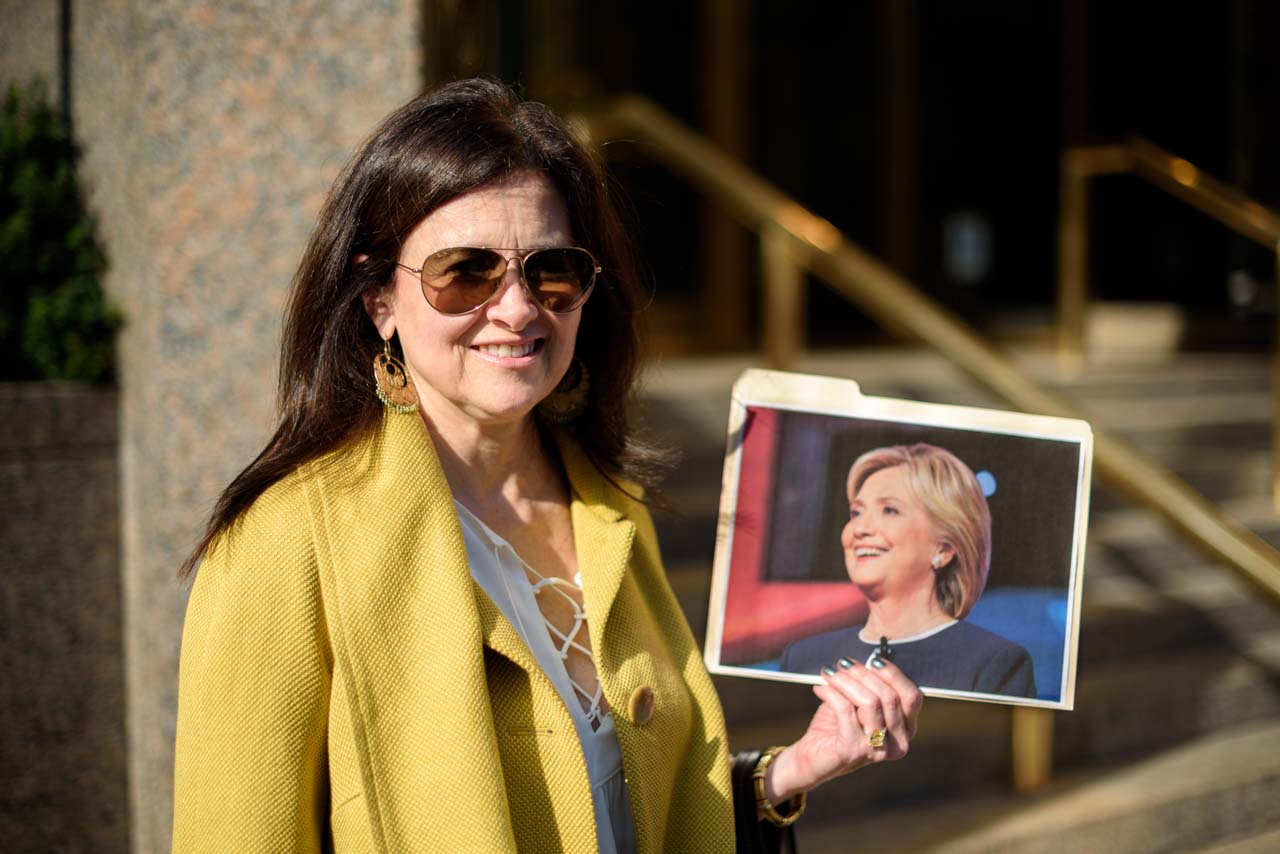 We're using the hashtag #NYCVoterStories on Instagram. Feel free to share your voter story using that hashtag and #abc7NY (with your photo, of course!).

These are the submissions we've received so far:

"A picture is worth a thousand words, and in this picture Donald Trump has showed me he has issues with African Americans, People with disabilities, and women. His rude and disrespectful comments makes me very concerned about him as a leader of the United States of America especially when it comes to my children. No one is perfect, but being foolish is an option. Hillary Clinton has worked hard for the rights of special needs and people with disabilities. She's also an advocate for Women's Rights and social change in America. Hillary Clinton is my choice for #President of The United States of America. I'm voting for Hillary Clinton."
----------------------
Related topics:
politicsnew york citypresidential race2016 electionphoto stories
Copyright © 2022 WABC-TV. All Rights Reserved.
2016 ELECTION
Jimmy Carter claims Russia won Trump the White House
Mueller report: House panel holds AG William Barr in contempt
Mueller tentatively set to testify to House Judiciary Committee
Mueller Report Release: Subpoena issued
TOP STORIES
Fallen NYPD officer donates organs as final heroic act
2nd NYPD officer dies from injuries in Harlem shooting
Yolanda Vega retires from NY Lottery after 3 decades
16-year-old arrested in shooting death of New Rochelle student
AccuWeather: Back to bitter; Alert for Saturday
NYC shortening COVID quarantine, isolation periods for students
Judge grants stay in NY mask mandate case, keeping it in effect
Show More
Woman stabbed in leg inside NYC subway station following dispute
Apple CEO allegedly stalked by woman who showed up at house
Man denied heart transplant because he has not received COVID vaccine
90-year-old woman beaten in bed during NJ home invasion
Man shot during dispute in Jacobi Hospital waiting room
More TOP STORIES News