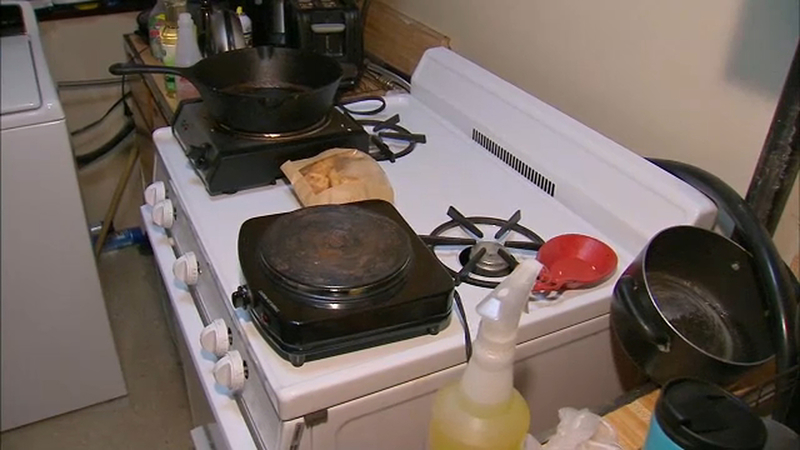 NEW YORK (WABC) -- It's going to be cold turkey for dozens of NYCHA families in the Bronx, who were forced to cancel holiday meals because of a gas outage.

Families have been dealing with this for months, and the ongoing issue has left them angry and frustrated.

In some of the Marble Hill NYCHA apartments, the water never stops and the heat is never off, but the stoves and ovens never work.

Jennifer Sanchez lives in the building at 69 West 225th Street, where everyone was without gas for about a month in August and some still don't have it.

NYCHA provided hot plates for the families and Jennifer bought a second one for her family.

But she misses her oven. She was pregnant with Destiny when this all started in August, and Destiny is two months old now.

"It was August 24th when the gas went out and I didn't think three months later there would be no gas," said Jennifer. "I totally thought by Thanksgiving of course it'll be back on, but nope."

"It's been time-consuming, money-consuming, it's totally disarray," said another resident named Louis.

It's the same story in his apartment. "We usually host here, but probably gonna have to head elsewhere," he said.

In a statement, NYCHA said that while "some units will be restored in time for Thanksgiving, we are working with NYCHA volunteers to ensure no family goes without a Thanksgiving meal due to a gas outage."

They will give out free meals Thursday.

People in the complex say that's not a solution for Thanksgiving. They don't want a handout, they want their stoves back.