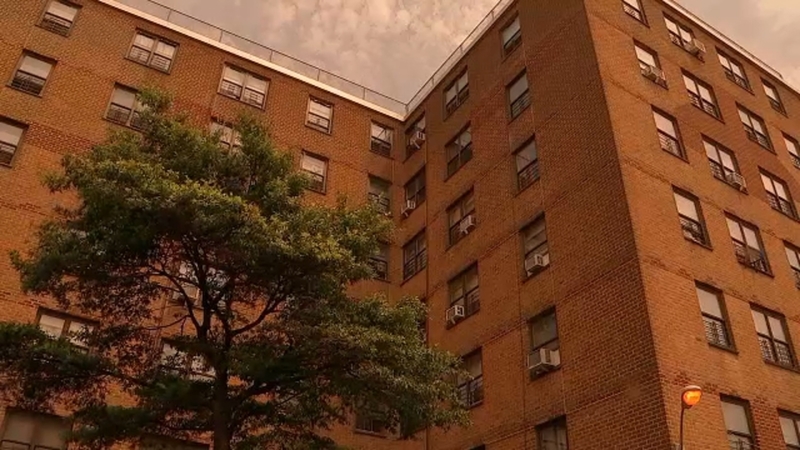 FAR ROCKAWAY, Queens (WABC) -- The New York City Housing Authority has offered to pay one family $10,000 in damages following a 7 On Your Side investigation into that family's accusations that city employees trashed almost all of their belongings.

The issue began in December 2017, when the Richards said they were approved for a three-bedroom apartment in the Hammel Houses, a public housing complex in Queens.

Tania Richards said she and her family began moving in and found the apartment in need of repairs. So they handed the keys over to building management and left for a Christmas vacation while city employees worked on their unit.

Richards said when she returned, the apartment was empty and NYCHA managers claimed they had no idea what happened.

"They took everything in the apartment," Richards said. "They supposedly threw it out."

Richards said it took filing a report with an officer assigned to the building to investigate. She said he reviewed NYCHA surveillance video showing city employees emptying out her unit and never returning her things.

"I couldn't believe it," Richards said.

In January 2018, Richards filed a formal complaint for damages with New York City, claiming over $25,000 in losses.

After months of haggling, NYCHA made a settlement offer for $10,000, less than half the damages she'd claimed.

By this time, a local church had kindly donated some furniture while the family waited on the city for action.

Meanwhile, Richards continued to try and negotiate, asking the city to provide $13,000.

The city refused, calling the $10,000 settlement offer "a final offer" in emails.

Finally, in June 2019, Richards said she decided to cut her losses and accept the settlement, but by then, NYCHA had more bad news.

NYCHA responded to Richards' acceptance of the settlement with an email telling her that her family wouldn't be getting anything.

A claim specialist wrote, "The statute of limitations has expired...Accordingly, NYCHA is unable to pay this claim."

"And I said, 'Why was I not aware or made aware that the statute of limitations was supposedly, you know, coming?'" Richards said. "I was so naive that I thought they were working to help me, and it was the total opposite."

That's when Richards called 7 On Your Side Investigates, and we reached out to NYCHA on the Richards' behalf.

NYCHA promptly changed its position, emailing Richards that the city had, "prepared and attached the settlement package" for $10,000.

In a written statement, an NYCHA spokesperson told Eyewitness News, "NYCHA remains in discussions with Ms. Richards and looks forward to her response regarding the offered settlement."

The spokesperson added that the city made the settlement offer despite the Richards being unable to provide proof of the value of the missing items.

Richards responded that she didn't have proof and receipts of everything she owned because she never imagined NYCHA would trash all of it.

"I'm pretty sure there are plenty of other people with this same situation," Richards said. "And it's frustrating, it's very frustrating."

Richards said she is grateful that NYCHA is now covering at least some of her losses. She expects a settlement payment in roughly 90 days, but she added that it shouldn't have required Eyewitness News getting involved.

Despite 7 On Your Side Investigates' questions, NYCHA has yet to explain what became of the Richards' things or how often this kind of mistake occurs.