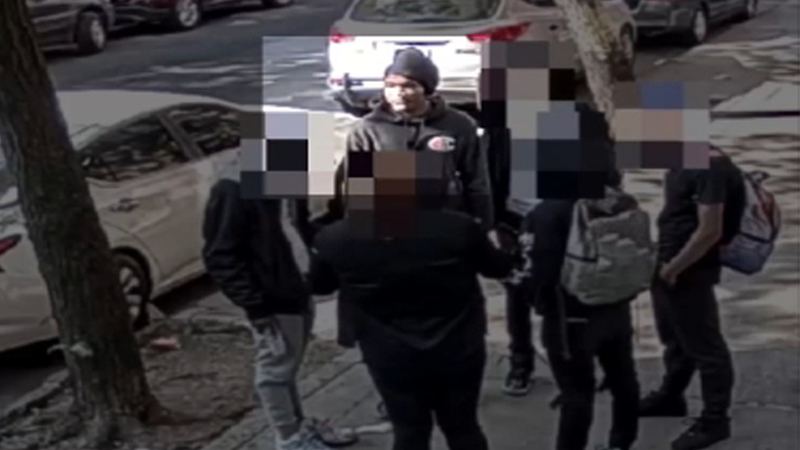 BRONX (WABC) -- NYPD Crime Stoppers is asking for the public's help to find the suspect who shot and injured an 80-year-old veteran in the Bronx.

He was walking out of a TJ Maxx store when someone started shooting in the middle of the afternoon.

Officers with NYPD Crime Stoppers posted new flyers at East 174th and Vyse Avenue, the site of yet another shooting ending with an innocent victim hospitalized.

Andres Rodriguez, 80, was on his way home from shopping Monday, May 17, just before 5 p.m., when gunfire erupted.

His 28-year-old son Miguel Rodriguez spoke to Eyewitness News on the phone.

"He's doing really well. Thank God everything wasn't worse than it could have been," Miguel Rodriguez said.

The shooting was caught on surveillance video.

Police revealed that they believe the shooter is a teenage boy, now identified as 16-year-old Darryl Burnett.

NYPD Chief of Detectives Jimmy Essig says Burnett fired at someone in a black car after exchanging words.

"The earwitness hears, 'Hey what are you going to do about it?' And a male on the corner says, 'I'll show you what I'm gonna do about it.' He pulls out a 9 mm handgun, and fires three rounds," Essig said.

Neighbors like Sarah Lighty are fed up and hopeful for an arrest.