The detective was shot in the right leg on Rockne Street in New Springville just after 6 a.m.

He was conscious and alert and taken to Staten Island University Hospital North with a non-life-threatening injury. Surgeons said it could be a "career-ending" injury and it required surgery, but the detective is expected to make a full recovery.

NYC Police Commissioner Keechant Sewell comments on the shooting of a police detective on Staten Island during a narcotics bust.

The detective was part of a Staten Island narcotics unit carrying out a drug search warrant and arrest warrant.

The officers entered the home and proceeded upstairs, where they say Nelson Pizarro, 39, opened fire. Police say he was in a bedroom and firing his weapon through a door.

Police Commissioner Keechant Sewell said she needed to "emphasize the heroics of the officer who was shot."

The detective was struck in the leg, but was able to hold up a ballistics shield.

"Even with a serious leg wound, bleeding badly enough that fellow officers had to apply immediate pressure to slow the blood loss, he held a ballistic shield in front of his team to protect them from gunfire," Police Commissioner Sewell said.

The officers returned fire and Pizarro was also shot in the leg.

The man that police were there to arrest on the warrant, Anthony Marshall, 40, was arrested for criminal sale of a controlled substance. Two women were also taken into custody from the home.

A neighbor was on his porch and heard what happened.

"They walked into the house and then after that, I heard like about 13 or 14 shots, like one after the other," he said. "And then I heard a lot of radios and cops came from everywhere and I heard 'officer down, officer down.'"

Chief of Detectives James Essig said that a 9mm handgun was recovered at the scene. 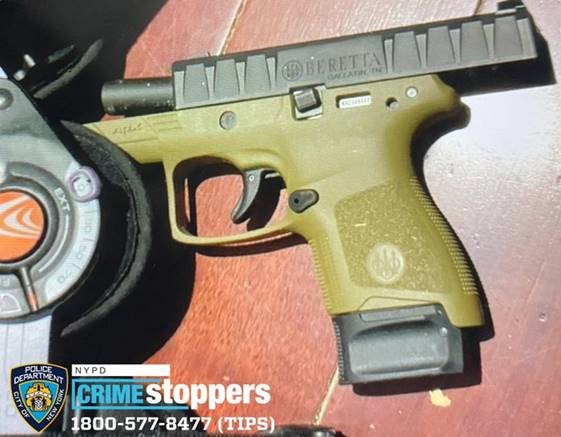 They say Pizarro had seven prior arrests in New York City, one in Massachusetts, and one in Connecticut.

The detective is said to be a 10-year veteran with four years of experience in the narcotics unit. He's married and had never fired his weapon in the line of duty before this incident.

Mayor Eric Adams was in Washington, D.C., but Deputy Mayor Lorraine Grillo went to the hospital in his place and said she was glad to be there to support the detective. Grillo said the mayor was closely following this case from D.C.

It was the second shooting of a police officer and suspect this week alone.