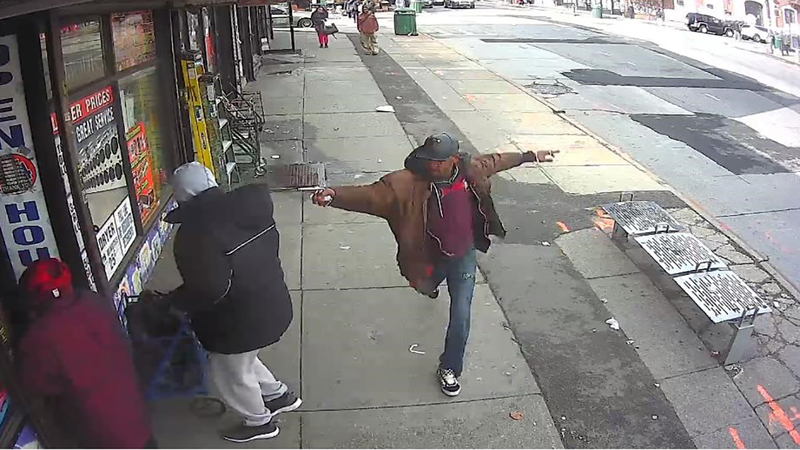 CROWN HEIGHTS, Brooklyn (WABC) -- A man was shot and killed by police in Brooklyn Wednesday after pointing a pipe at officers that had initially appeared to be a gun, the NYPD said.

The incident happened at Montgomery Street and Utica Avenue in Crown Heights just before 5 p.m.

According to NYPD Chief of Department Terence Monahan, police received 911 calls about a man pointing what was described as a silver firearm at people on the street.

When officers arrived, the suspect took a two-handed shooting stance and pointed an object at them, Monahan said.

Four officers discharged their weapons, striking the suspect. The officers, three in plainclothes and one in uniform, fired a total of 10 shots

The object the man was holding turned out to be a pipe with some sort of knob on the end of it, said Monahan. He added that the police account of the events was corroborated by videos from the scene.

The NYPD released a photo of the pipe: 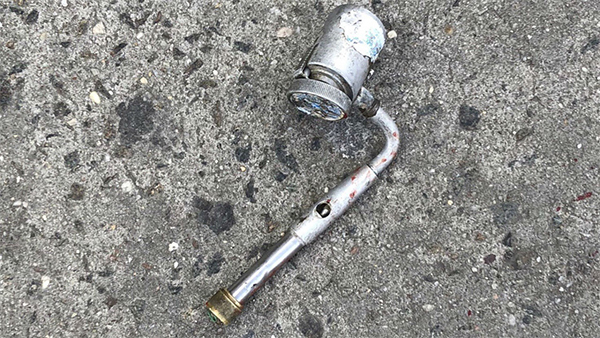 "This was not an EDP call, this was not an emotionally disturbed call, this was a call of a man pointing what 911 calls people felt was a gun at people on the street," said Monahan. "When we encounter him, he turns with what appears to be a gun at the officers. We have to stay straight to the facts of this incident today."

The man, identified as Saheed Vassell, was taken in critical condition to Kings County Hospital, where he died.

Watch the NYPD press conference on the shooting:

Following the shooting, there was a hostile crowd at the scene.

"I seen the police car (come) in, police jump out and pop, pop, pop, pop," one witness said. "They didn't say 'freeze,' 'stop,' do anything, 'put your hands up,' nothing. Straight gunfire come out the gun."

People in the area say Vassell was a fixture in the neighborhood, known to be mentally ill but generally harmless.