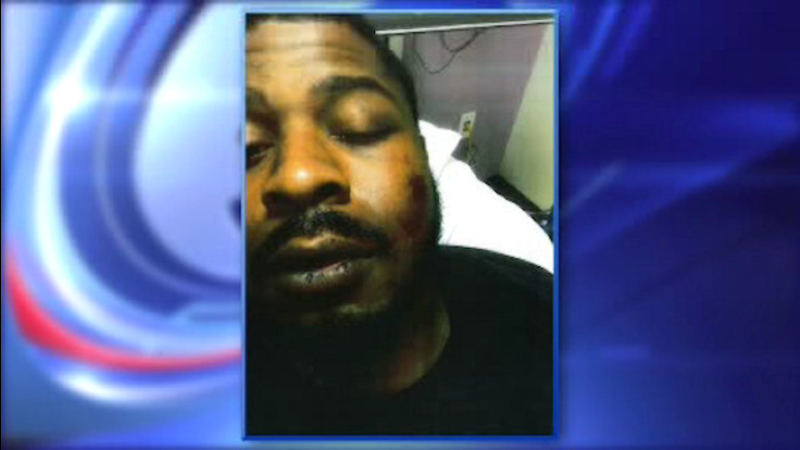 NEW YORK (WABC) -- The man who unwittingly gave directions to the gunman who went on to kill two NYPD officers last December says he's being harassed by the police.

The postal worker claims it has happened repeatedly and has now filed a notice of claim in advance of a lawsuit in State Supreme Court.

"I know my life is not the same right now. It's not, the way I want it to be, how I feel it should be," said Karim Baker, a postal worker.

Karim Baker's life, he and his attorney claim, has been turned upside down ever since he was first questioned by police during an investigation by the NYPD into the murders of Detectives Rafael Ramos and Wenjian Liu last December.

"I was being harassed, like cops outside by door and my family members' doors, friends' doors, just everybody. I felt just some type of way," Baker said.

"Mr. Baker began to be systematically harassed. He was pulled over by the police for various minor traffic infractions approximately 20 times in the span of nine months," said Eric Subin, Baker's attorney.

Baker, his attorney says, had appeared on security cameras for a brief moment when the Detectives' killer Ismaaiyl Brinsley stopped him and asked for directions to two housing projects.

"The entire conversation lasted about 10 seconds. Mr. Baker gave him directions and they parted their separate ways," Subin said.

After the two Detectives were shot and killed, Baker says he was questioned by police about his brief conversation with Brinsley.

But, then on October 21st, Baker claims he suffered injuries after being beaten by officers and was unjustly arrested after he questioned why he had to show them ID.

"I'm just hurt. Physically I'm in pain, but most of all it's just, like I said those were the people I feel I call for help and, I'm just hurt," Baker said.

"On top of him, both of them stomped them into his head, his face into concrete and gave him a serious and severe beating," Subin said.

A spokesperson says, the arrest is being investigated but, "No allegation of misconduct was reported by Mr. Baker at the time of his arrest."

Now, he is turning to the courts.

"I have no hate toward police officers at all and that's who I call when I need help. So I'm just hurt, it's a lot of things," Baker said.