WABC
By Eyewitness News
FARMINGDALE, Nassau County (WABC) -- The New York state attorney general has announced the arrest of an NYPD off-duty officer involved in the fatal shooting of a Long Island man.

Prosecutors said Allen is said to have allegedly fired five bullets into 25-year-old Christopher Curro's body, including two into his head, one at an exceptionally close range and one into his neck during an encounter on a residential street in Farmingdale May 12 shortly after 8 p.m.

Despite the fact that he was a police officer, officials said Allen didn't stay at the scene and didn't call 911, but returned some time later in the evening.

Officials said Curro was completely unarmed at the time of the killing.

"The defendant shot an unarmed man at close range and he immediately fled the scene," prosecutors said. "This is essentially as serious as it gets."

"As a result of that discharge, an individual was struck in the head and killed," Police Commissioner Dermot Shea said.

"We trust our police officers to protect the safety of New Yorkers, but instead, this individual allegedly betrayed that duty to end another man's life," said New York Attorney General Letitia James. "My office is committed to ensuring justice is served and that no individual is above the law."

The NYPD has also suspended Allen without pay for 30 days. 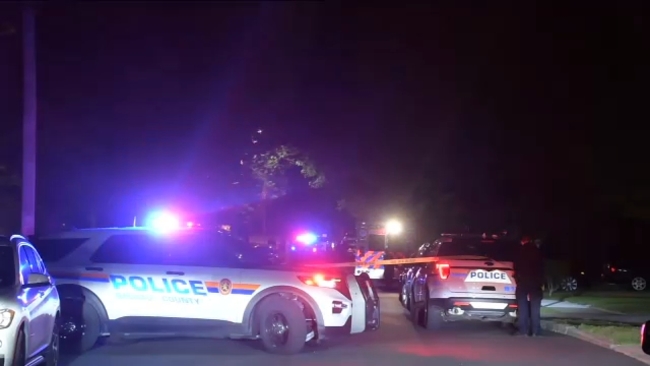 "It was a flying car!" Frightening crash into home caught on video