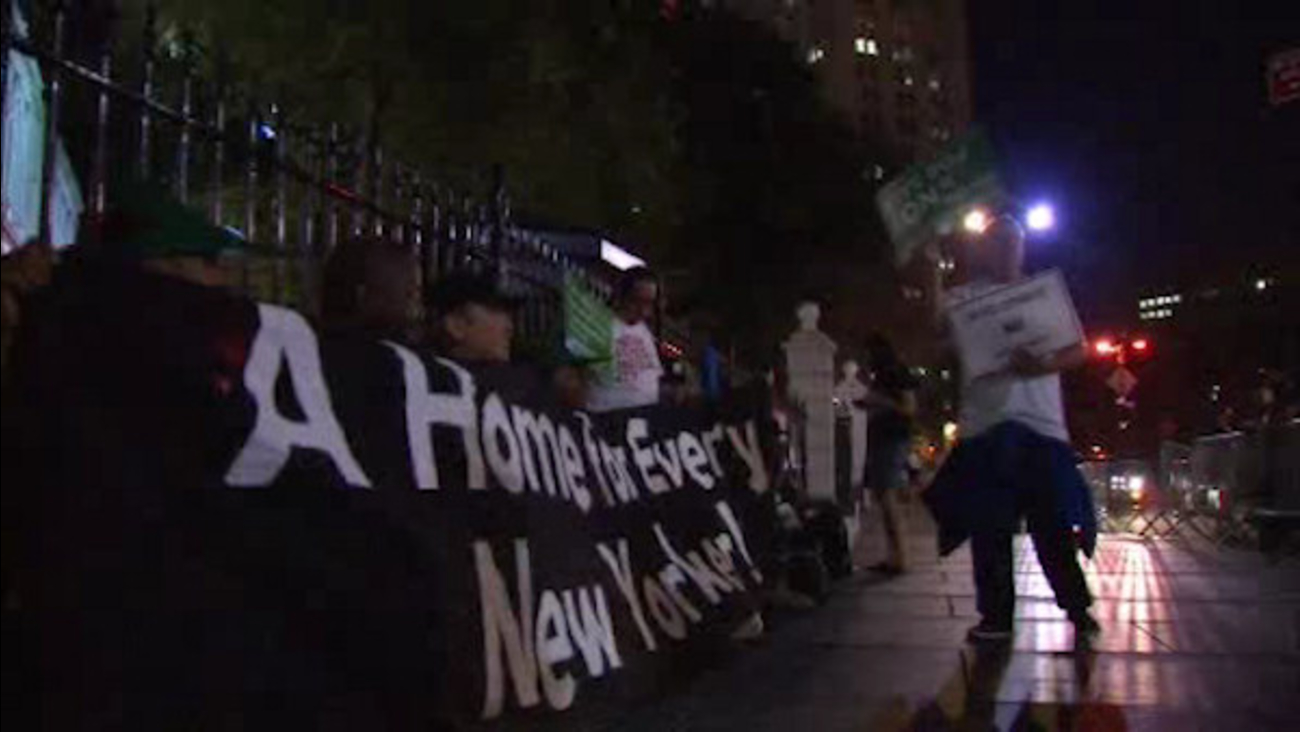 NEW YORK (WABC) -- Advocates for the homeless in New York City are demonstrating outside City Hall on the fourth anniversary of the Occupy Wall Street movement.

Demonstrators are going to sleep outside City Hall to pressure the de Blasio administration to do more for the city's homeless.

Protesters are demanding that the mayor set aside 10% of all new affordable housing for homeless people.