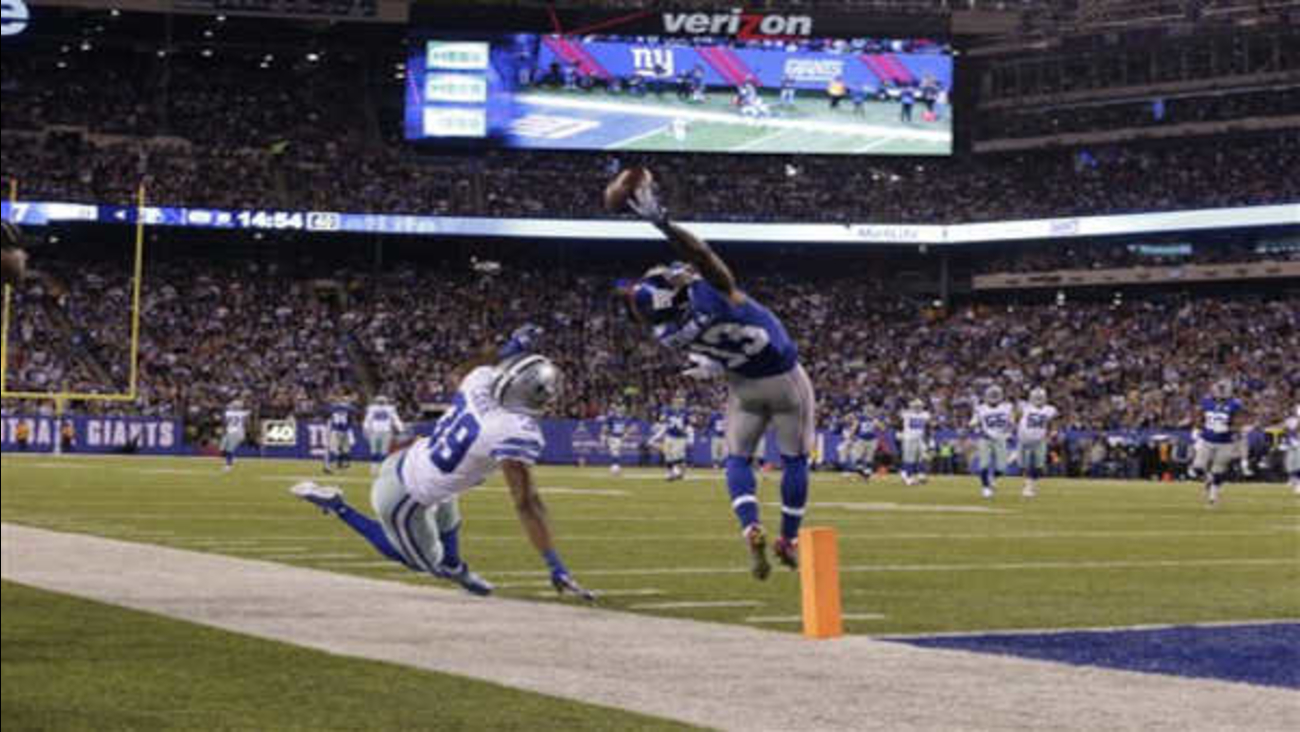 Best known for the play of the year, his one-handed snag of a touchdown pass while falling backward against Dallas, the first-round pick (12th overall) from LSU easily won against a loaded rookie class. Beckham received 42 votes from a nationwide panel of 50 media members who regularly cover the league.

Beckham hardly was a one-trick pony. He tied Michael Irvin's NFL mark with nine consecutive games of 90 yards receiving and finished with 91 receptions for 1,305 yards and 12 TDs.

He is the first Giants player to win the award, which was presented during the "NFL Honors" show Saturday night.