See what Thor was up to during 'Captain America: Civil War' in this hilarious bonus feature 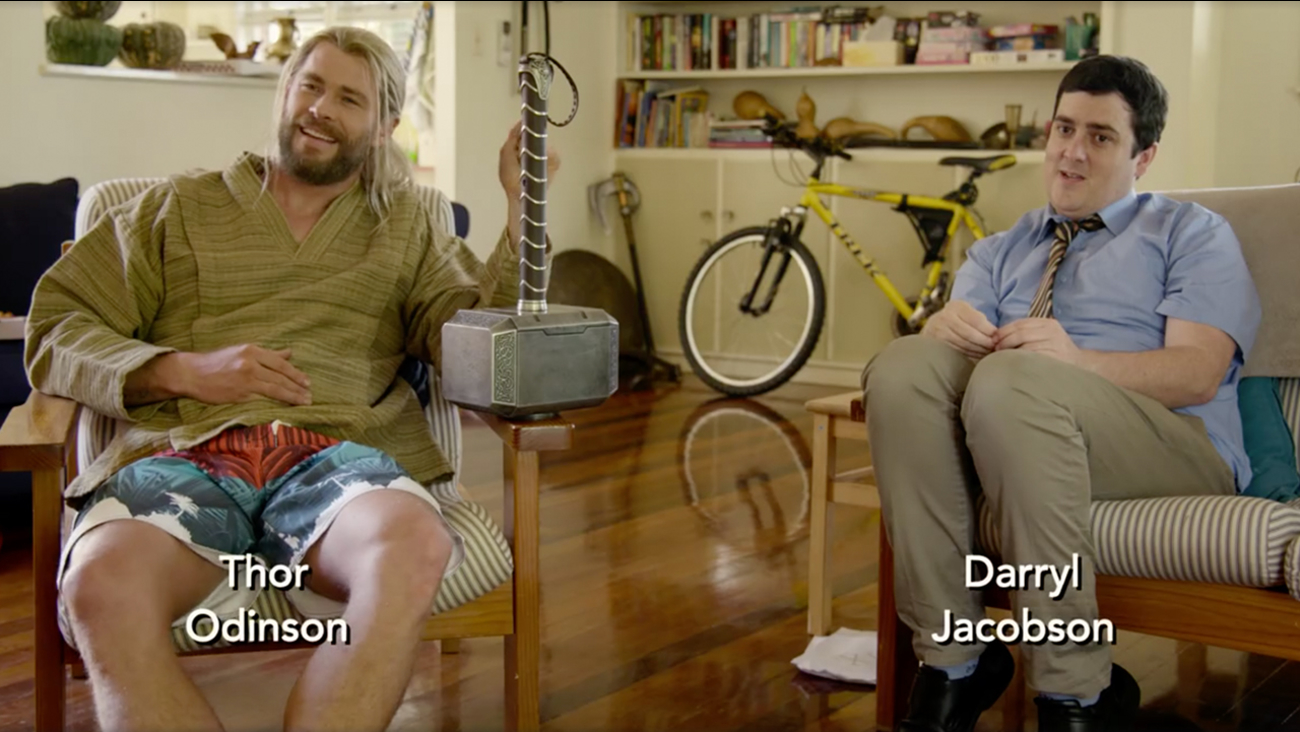 This story originally appeared on Oh My Disney and is reprinted with permission.

Today is a wonderful day for fans of Thor. Marvel released a bonus feature that premiered exclusively at San Diego Comic-Con this year and now the whole world can see it. The feature shows us what Thor was really up to while the rest of the Avengers were battling each other in Captain America: Civil War. It's safe to say this is one of the best things we have ever seen. It is a gift to us all. Watch it and prepare to immediately want to join Team Thor:

The feature begins with Thor revealing he went to Australia to take a break. He found a normal apartment and got a roommate named Darryl. Darryl seems very underwhelmed by Thor, and it's hilarious. Thor says he likes that Darryl is a normal guy. Then we see Darryl trying to vacuum and Thor's hammer, Mjolnir, is in the way. But not even a vacuum can move Mjolnir. Of course, if we were Thor's roommate, we would probably try to pick up Mjolnir all the time (and fail at it.)

We then get a look at Thor's new daily activities like teaching children about super heroes and villains. He even visits Darryl's work and has Darryl type up an "electronic letter" to Steve Rogers (Captain America) and Tony Stark (Iron Man). It's quite possibly the greatest electronic letter that has ever been sent.

Then we get insight into Thor's bedroom in their apartment. He has a sign written in his native language that says "Keep Out Darryl." And of course Mjolnir has its own bed, complete with pillow and blanket. Adorable.

Finally, we see Thor meet Bruce Banner aka The Hulk for coffee. Bruce gets a call from Tony Stark and our hearts are filled with joy as Thor tells Tony to reach him by "sending a Raven" instead of by phone.

We really didn't think we could love Thor more (because we love him so much), but then we saw this delightful, hilarious, and perfect bonus feature. We will be watching it on repeat until further notice and will definitely be joining Thor and Darryl on #TeamThor.

You can see this amazing feature and other bonuses when Captain America: Civil War comes out on Digital HD on September 2. And of course, you can see even more Thor in Thor: Ragnarok when it hits theaters in November 2017. Until then, we'll be on the lookout in case Thor and Darryl need another roommate.