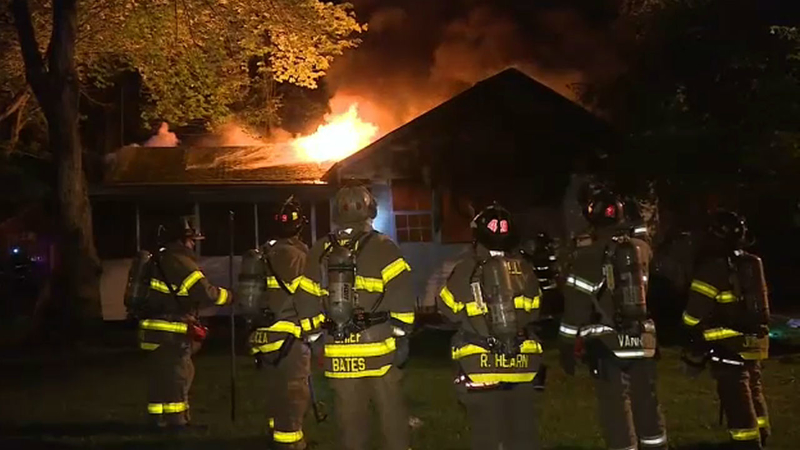 MONROE, New York (WABC) -- At least 12 people, including teenagers, were injured in an explosion and fire at a camp in Orange County.

The incident was reported on Cromwell Road in the Quaker Hill Cottages early Friday morning.

The victims are believed to be students from a Yeshiva in Brooklyn who had rented the bungalow to celebrate graduation. There were also two adults on the scene.

Shortly after the group arrived, there was a strong odor of gas from the kitchen before there was an explosion.

Officials said at least three teenagers were injured critically in the blast. At least one of those teens suffered serious burns to his hands and legs.

Five victims were taken to St. Anthony Community Hospital in Warwick where they were treated and released.

The other seven victims were taken to Westchester Medical Center where two people remain in the Intensive Care Unit.

Eight volunteer firefighter departments in the area responded the blaze. Officials said the area didn't have fire hydrants so crews had to set up a remote water supply.

Blooming Grove Police Chief Carl Schupp said he has been on the job for 37 years and has never seen a fire in that location of that magnitude.