At least 1 dead, several hurt in multi-vehicle crash in I-84 in Montgomery 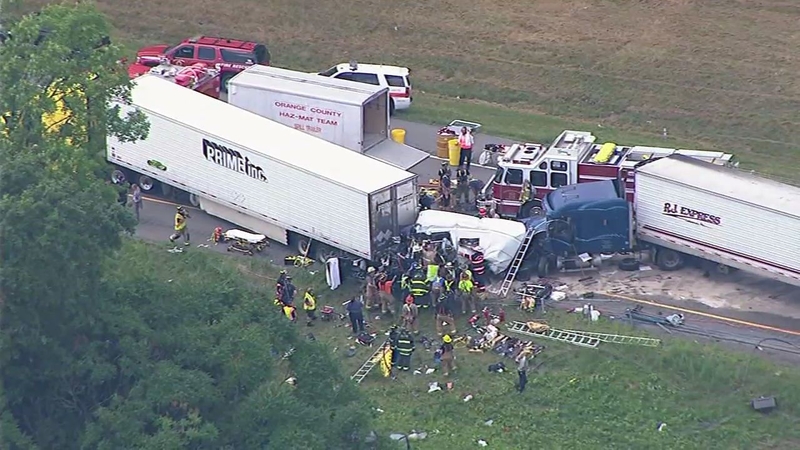 MONTGOMERY, New York (WABC) -- At least one person is dead and several others are hurt after a multi-vehicle crash in Orange County Wednesday afternoon.

The accident happened just before 12:30 p.m. in the westbound lanes of I-84 near exit 5 in Montgomery.

Authorities say two tractor trailers and four cars were involved, and that two patients were airlifted to an area hospital.

PHOTOS: I-84 crash in Orange County

The exact number of injured is unknown, but police have confirmed at least one fatality. Another victim had to be extracted from one of the vehicles.

The cause of the accident is under investigation, but it is believed that speed was a factor as one of the trucks entered a construction zone where the lanes narrowed from four to two. The impact pushed two vehicles underneath the second tractor-trailer.

All lanes have since reopened to traffic.