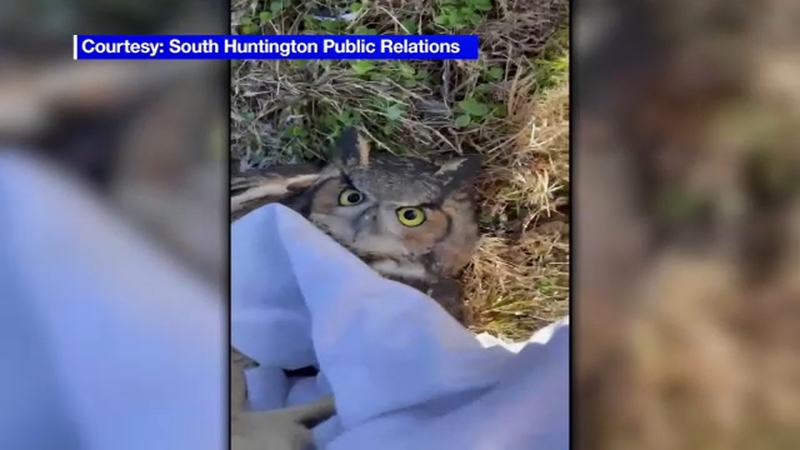 VIDEO: Owl rescued after getting tangled in netting

HUNTINGTON STATION, Long Island (WABC) -- An owl was rescued after it became tangled in sports netting at a high school on Long Island.

According to a press release, a jogger noticed the bird was caught in a net on the baseball field at Walt Whitman High School in Huntington Station.

Two South Huntington School District groundskeepers, Blaise Addeo and Brian Faller, covered the owl with a cloth and set about untangling its claws from the netting.

The bird, which officials suspect spent all night and most of the next day caught in the net, appeared exhausted and did not put up a fight.

Once freed, the owl flew away.

In the video, the groundskeepers can be seen attempting to keep the bird calm while being careful not to injure it.

They were commended for their humane handling of the situation.

"They didn't have to go and approach that bird... the video shows how compassionate my guys are and how much they care," head of grounds for South Huntington Kevin O'Shaughnessy said.