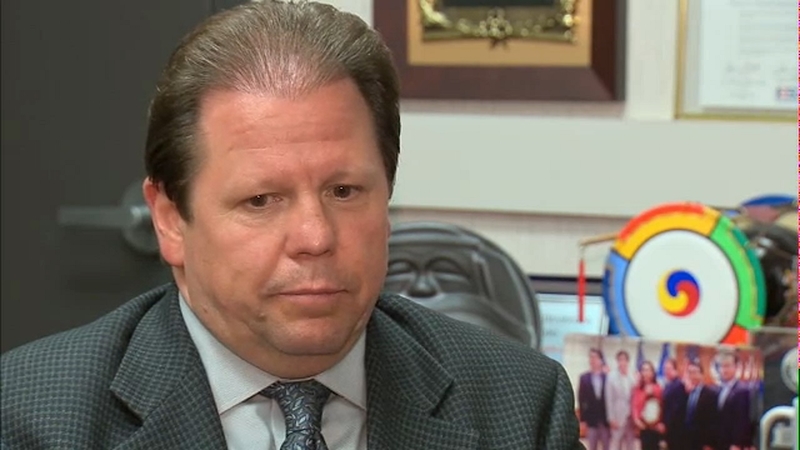 PALISADES PARK, New Jersey (WABC) -- A group of protesters rallied in Palisades Park, New Jersey Sunday after the mayor's mother posted a racist rant against Koreans on her Facebook page.

The rally, which organizers called 'Hate Has No Home Here', took place at City Hall.

"Hate doesn't belong in New Jersey, Bergen County, or anywhere in the United States," says activist Jimmy Chae.
Mayor James Rotundo has condemned her remarks, saying that's not how she raised him.

His mother's remarks read, in part,

"Let the (expletive) Koreans have this (expletive) town! All of us Americans are sooooo done!"
"I am going to suggest that only English be spoken in our boro hall at least while an American is still the mayor!"

Rotundo is currently facing a Korean American in the Democratic primary.

There is simmering anger in the Korean-American community, a large part of the population in Palisades Park.

Organizers say the rally was not against Rotundo, but his mother's comments have forced the racist elements to surface.

"There's still hate here, some of the things said are just disgusting. And we are in a day and age where it shouldn't be like that," Chae adds.

The election is too close to call so the county board of elections will recount provisional ballots Monday.

If there's still no clear winner there could be a full recount and possibly a battle in court.

Rotundo says his mother was speaking out of frustration, defending her son who had just gone through a tough, close bruising election.

He has served as mayor for 14 years, and he says he could not have done that unless he championed inclusiveness and diversity.