Timeline: How the Paris attacks unfolded 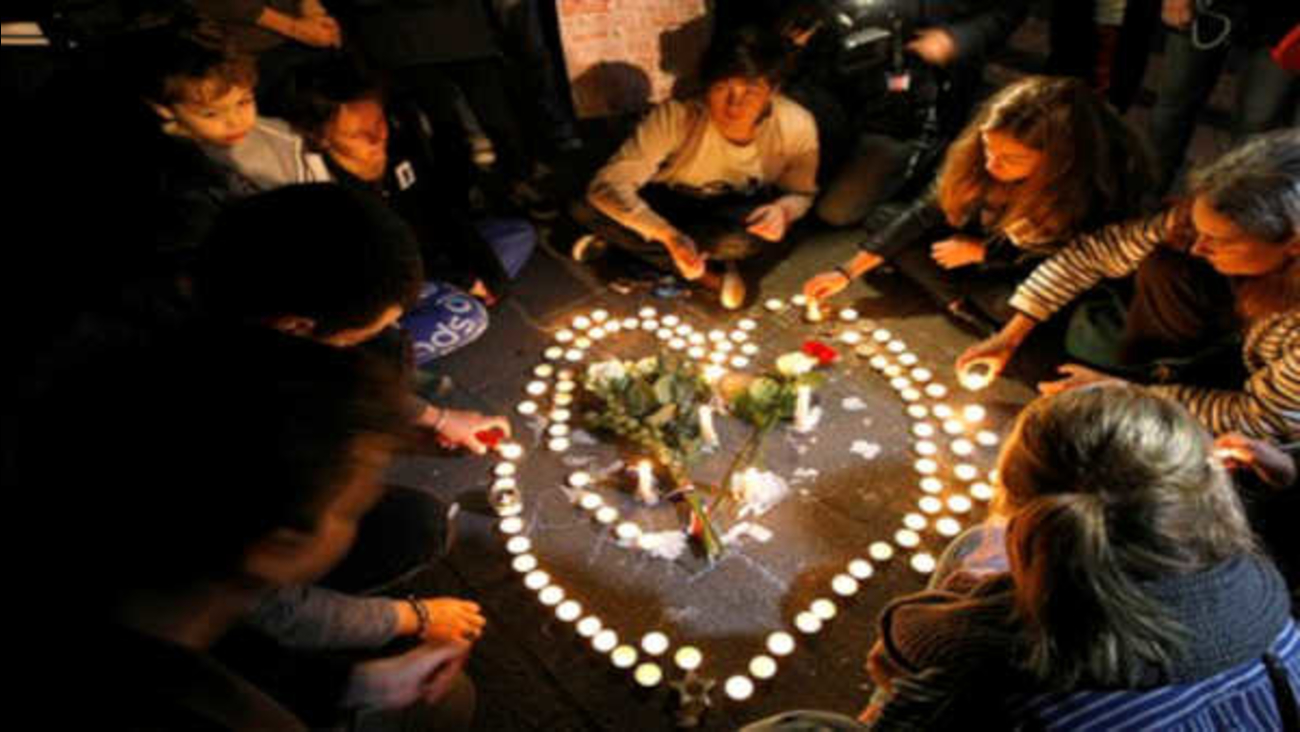 People light candles in the shape of a heart, on the Old-Port in Marseille, southern France. (Claude Paris)

Friday, Nov 13 (All times listed below in Paris local time)

9:20 p.m. - Stade de France
During a friendly football match between France and Germany at the Stade de France in the suburb of Saint-Denis, a suicide bomber activates his explosive belt near Gate D of the stadium, killing himself and one bystander. French President Francois Hollande and the German foreign minister were both in attendance at the game. 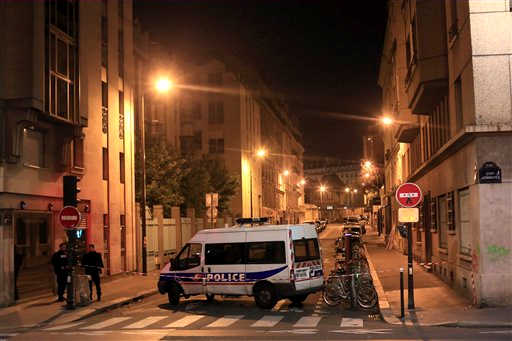 Police officers stand in a street next to Le Carillon, a bar-cafe where people were killed and several gravely injured, according to the prosecutor, in Paris.

Outside Gate H of the stadium, a second suicide bomber kills themselves, wearing a vest with explosives similar to the suicide bomber of Gate D. No others were killed. (MORE: Fans stay calm amid chilling atmosphere at Stade de France)

9:36 p.m. - La Belle Equipe Restaurant
According to Reuters, gunmen kill 19 people sitting on the terrace of the restaurant La Belle Equipe in nearby rue de Charonne. (note this casualty count was not mentioned in the prosecutor presser but matches up to the current death count) 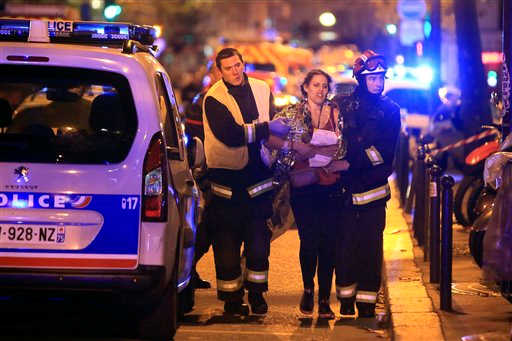 Rescue workers help a woman after a shooting, outside the Bataclan theater in Paris,

12:20 a.m. -- Bataclan Theater
Security forces launch an assault at the Bataclan concert hall. According to the Paris prosecutor, three terrorists were killed with the explosive devices they were wearing (note previous reports said two were killed with explosive vests and one was shot)