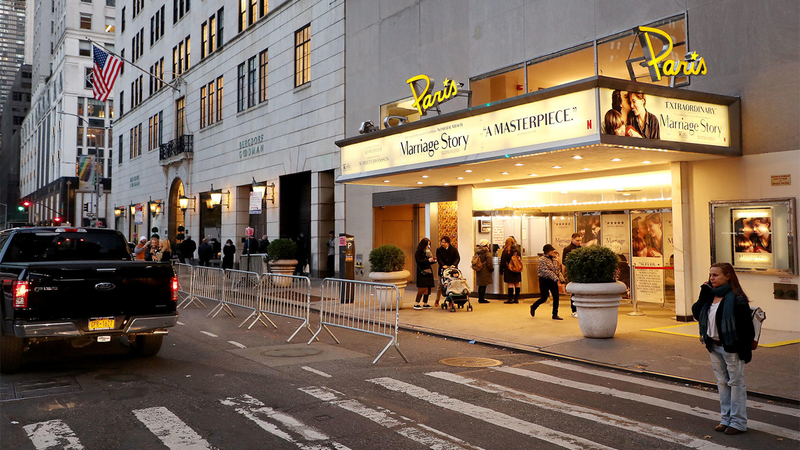 MIDTOWN, Manhattan (WABC) -- The Paris Theatre, one of the oldest art houses in the United States and the last single-screen theater in New York, is back in business after being shuttered earlier this year.

Back in August, a note saying its lease had ended was posted on the theater's doors on 58th Street.

On Monday, Netflix announced a lease agreement to keep the theater open and save the beloved institution.

The company plans to use the theater for special events, screenings, and theatrical releases of its films.

The iconic Paris Theatre opened in 1948.

Marlene Dietrich cut the ribbon on the theater, and on the corner of Grand Army Plaza right next to the Plaza Hotel, it has occupied a prime spot in high culture for decades as one of the only places to see independent and foreign films.

The theater closed in August 2019 after a successful run of Ron Howard's Pavarotti.