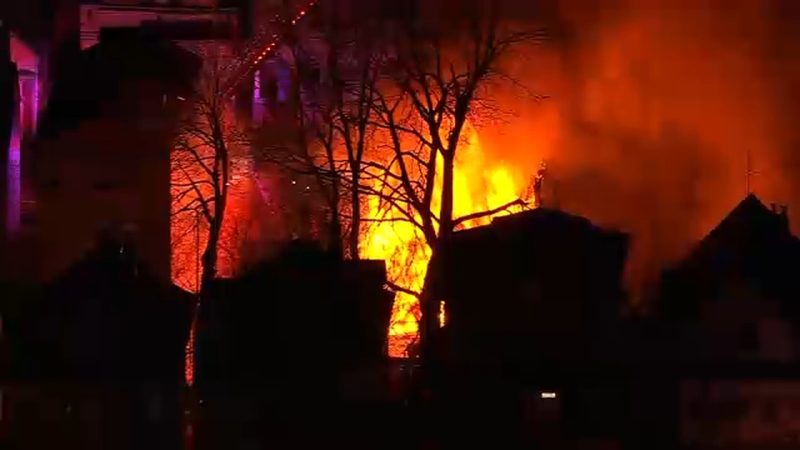 The fire broke out inside a private home on Lafayette Street near Graham Avenue at around 5:45 a.m.

Newscopter 7 was first on the scene as firefighters were seen battling the flames.

The walls and roof of the two-and-a-half-story home were no longer visible as the fire consumed them.

The Paterson Fire Department conducted an exterior attack only of the fire as it was too dangerous to send firefighters inside the building.

Firefighters were also battling the extreme cold with temperatures in the teens and gusty wind.

So far, there are no injuries reported. The fire was still not under control as of 6:30 a.m.