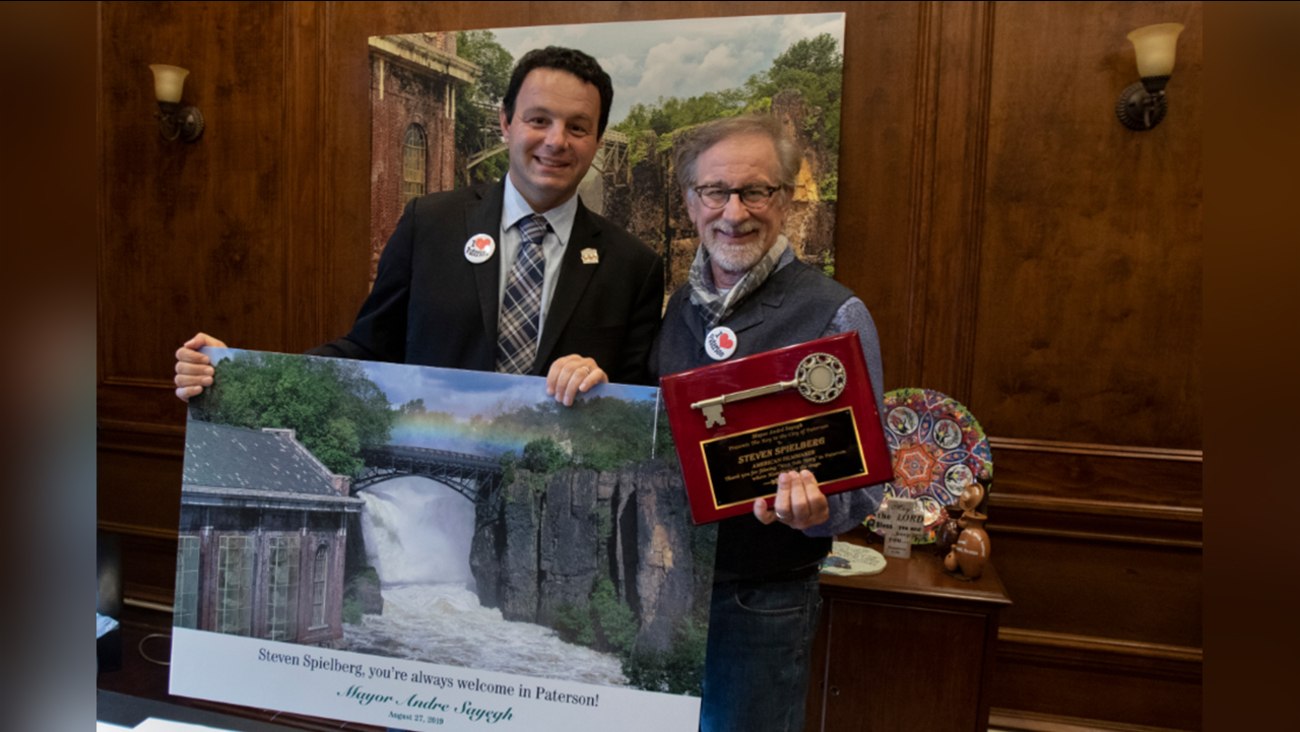 It happened on Tuesday in a private ceremony in the mayor's office. 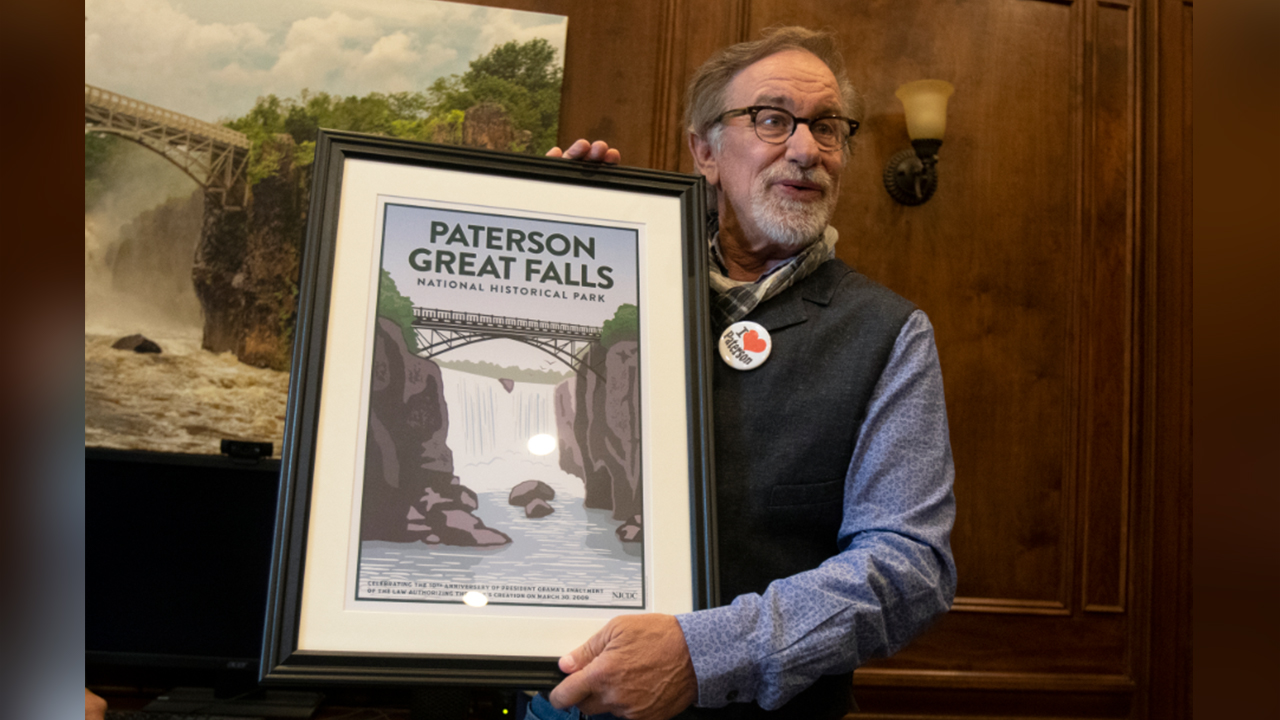 "It's not every day that we have an American icon in our city filming an epic movie," Mayor Sayegh said. "That's why we appreciate Steven Spielberg for picking Paterson and for his very generous contribution to improve our parks. His presence in Paterson has helped enhance our image and stimulate our local economy."

Director Steven Spielberg has been using Paterson as a filming location for West Side Story, transforming the downtown area into 1950's New York City.

The 20th Century Fox production team has been working since June in the Art Factory, the parking lot between Center City Mall and City Hall, and on Ellison Street behind City Hall to make the transformation happen.

The production has contributed to the Friends of Paterson Parks, as well as numerous local businesses and Passaic County Community College, for use of space during the filming process.

West Side Story is being released by Walt Disney Studios Motion Pictures in the United States on December 18, 2020.